Intence gets called out for flirting with women abuse in his new music video.

Dancehall recording artiste Intence recently dropped the music video for his ZIMI Entertainment produced track “Pickachu,” a title clearly fashioned off the yellow, lovable, electrically charged animated character from the hit cartoon franchise Pokemon. Yet, Intence doesn’t seem to be getting much love from the dancehall community for his brazen opening act of ashing his cigarette into the properly positioned mouth of a “browning” on the set of his music video.

The not so classy act is definitely not your everyday gag, even though the human ashtray flashed a slight smile as the deejay proceeded down the staircase to get embroiled in even more acts of debauchery. Still, some folks are simply unable to move past the initial demonstration of obvious his kingly privileges, even though the singer is not a monarch, at least not to regular folk.

There have been numerous talks about the vulgarity and disrespect of Intence’s actions.

“bwoy slavery come back eeh..mi couldn’t deet,” commented on IG user below the ‘behind the scenes’ cut Intence uploaded a day before the official release of the music video.

“hey don’t understand how degrading that is.. Yuck,” expressed another disgusted fan.

The female model in question was sadly not spared in the comment section for the role she played. “Yow mi naa lie being a girl mi feel some type of way, I feel away,” wrote one fan. Another fan pinpointed that her action is exactly what is inciting the level of disrespect women battle with on a daily basis.

“Gyal like dem Mek man abuse and don’t respect woman…” Another curious virtual onlooker wanted to know how well her pockets were lined to perform the act.

“Guys it’s just a music video not her lifestyle,” one person explained while calling for an end to the hurtful comments. “You’ll can stop cuss her out now and show her some love instead of being negative all the time.” 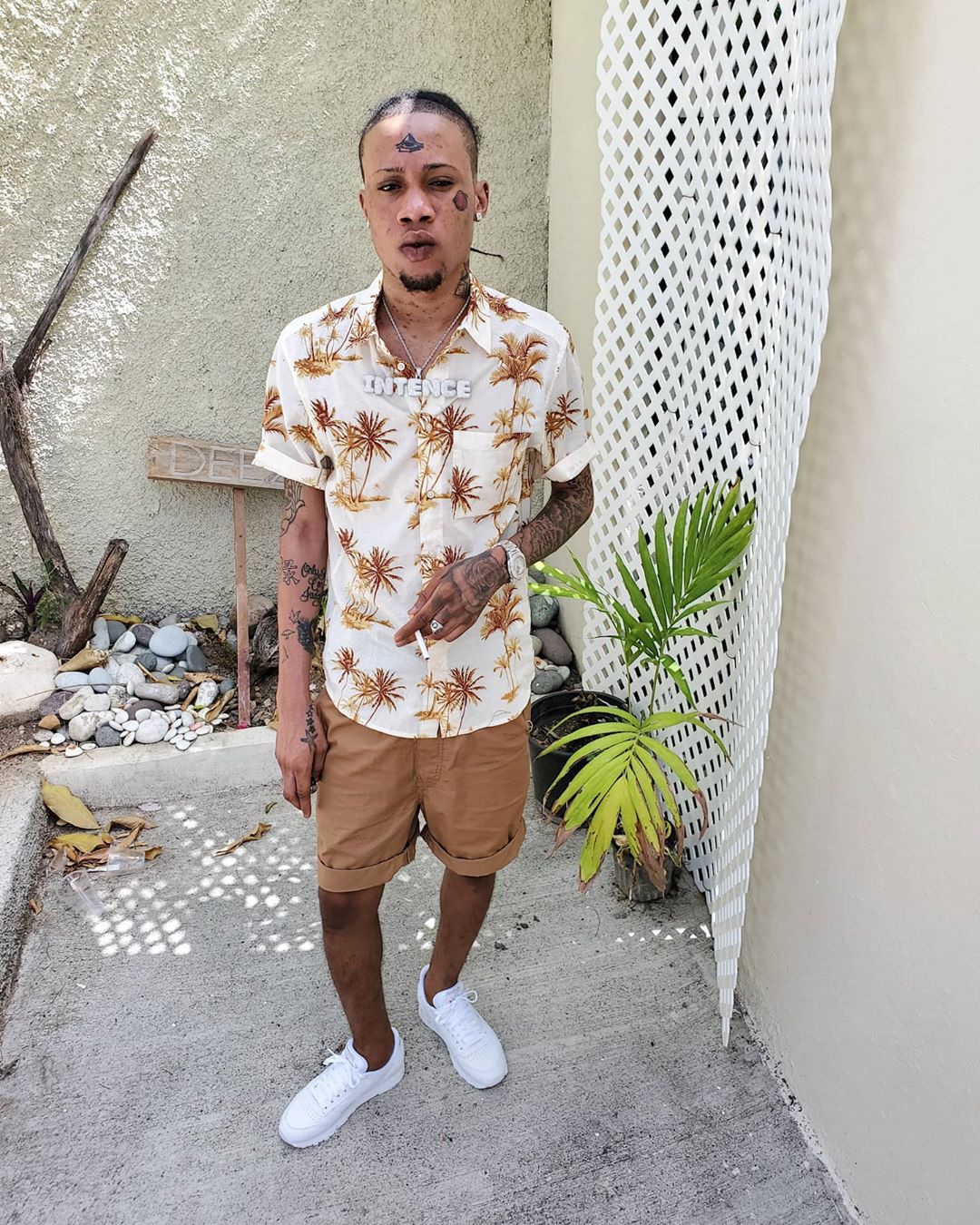 Yet, the question is how far is too far when it comes to entertaining the masses?

That may be a question best suited for Intence and other entertainers who regard themselves as the young blood of the business. No topic is out of bounds, and no act is too graphic in nature to make it to final production. Yet, are the artistes to be blamed, or are they simply feeding into the desire of their fans?

One thing is certain, shock-value has been the order of the day for some time now, and there is an eerie feeling that we have yet to touch the bottom of that pit.