Cardi B is firing off at hip hop groupie Celina Powell after claims she was offered $50K from Offset to get an abortion.

Celina Powell, who is a relatively unknown person, began trending this week after a conversation with Drake over text messages in which the rapper curved her “I want nooooo parts,” after she identified herself. Powell apparently has created a reputation for herself as running after Celebrity men then gushing online about the details. However, many of the claims are false as the motive by Powell seems to drive her internet traffic.

Her lies include Offset, who she said she was involved with and got pregnant for. The Migos rapper, however, sued her, and she admitted that she was lying. The lied had a devastating effect on Cardi B’s marriage, however. She also claimed that the Migos rapper offered her $50K for an abortion and showed a cease and desist letter that was sent to her.

Her wild allegations have also involved Eminem, Gucci Mane, and others. She soon gained the reputation of Black Widow in the industry. 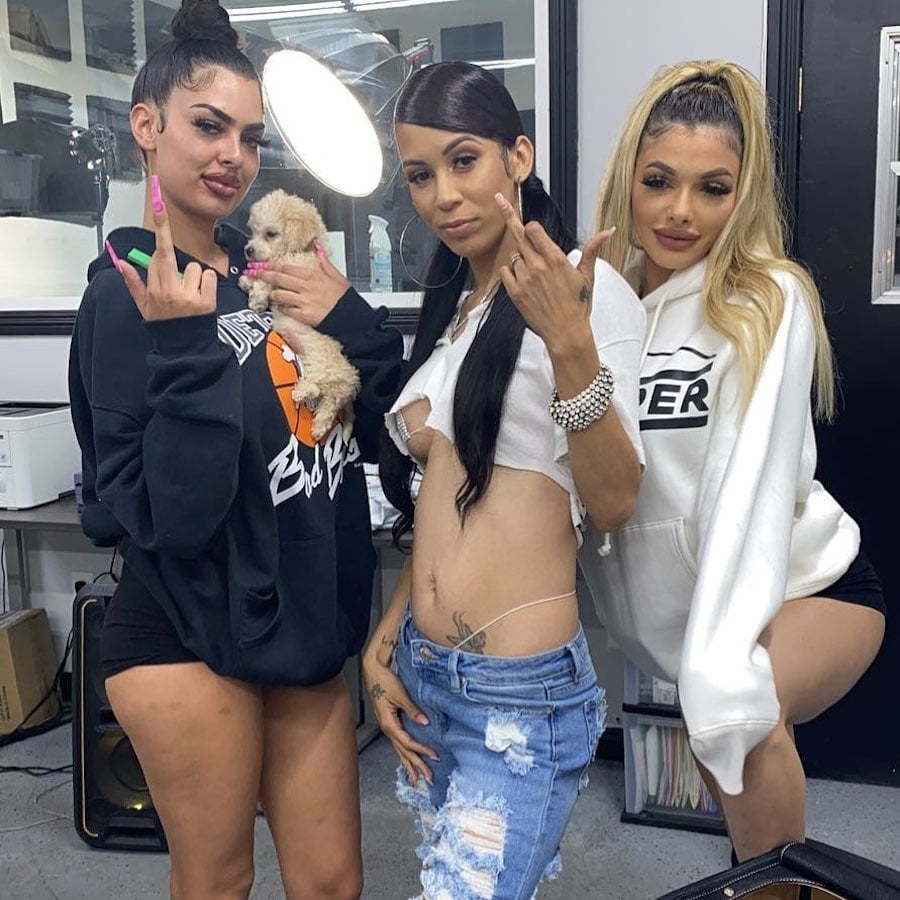 It seems that the lie about Offset and the abortion was trending, which caused Cardi B to react. On Twitter, Cardi responded to a fan who questioned why she reconciled with Offset. She said, “you must be new on social media. Here let me take you way back,” as she shared a google screenshot of the headlines which reported that Powell admitted to lying about being pregnant and the abortion.

It seems that Celina Powell, however, was waiting for some kind of celebrity validation as she trolled Cardi writing “I miss you” under Cardi’s tweet, and she retweeted Cardi’s response with the headlines saying “not Cardi draggin me too,” with laughing at instead of being sad today.”

She also posted on her Twitter, “I’m getting dragged for sh*t that happened 2 years ago…both drake and cardi B happened two years ago…thank God he’s giving me something to laugh about.

Meanwhile, fans on Twitter discussed the behavior on Twitter as some called her a groupie while others called her plain mentally ill. Among those she has spread lies against are Marshall NDA Mathers, Jason Derulo, Bryce Hall as well as 50 Cent saying that she ate his **s. She and another friend has also claimed to have sex with gay NBA players and said Iman Shumpert was one of them to which the rapper has denied.

One commenter said, “Celina Powell may be suffering from some undiagnosed disorder or something because I believe she has mentioned she was severely abused as a pre-teen. Like gang rape or something.”

It does seem, though, that she has been involved with DJ Akademiks, and she has a trove of videos of him on her Only Fans account. As if she hasn’t been much of a menace, Powell has since threatened to leak Drake’s number, who she claims was given to her by Tory Lanez.

You must be new on social media ….here let me take you way back . https://t.co/8fPoiejhAd pic.twitter.com/yAuPlpFolz