If you thought that the shenanigans we witnessed within the entertainment sector in 2020 would not carry over to 2021, you are definitely dead wrong. With just 4 days into the new year, there is already trouble brewing between The Unruly Camp and that of Fullybad, who heads the BadGang outfit.

Based on the recent posts shared on Fullybad’s Instagram account, there has been a disagreement between himself and producer Petro Unruly. The “Born Fi Dweet” deejay shared a screenshot of a comment made by Petro while on fellow Unruly member Quada’s IG LIVE session. According to Petro, “Fullybad a b**tyman from up suh.”

Fullybad shared the screenshot with a caption that also dragged the Unruly Boss, Popcaan into the mix. “A yuh boss a fish @petro_unruly none a Unu nuh Unruly,” he commented followed by an emoji that represented his peaked level of anger. 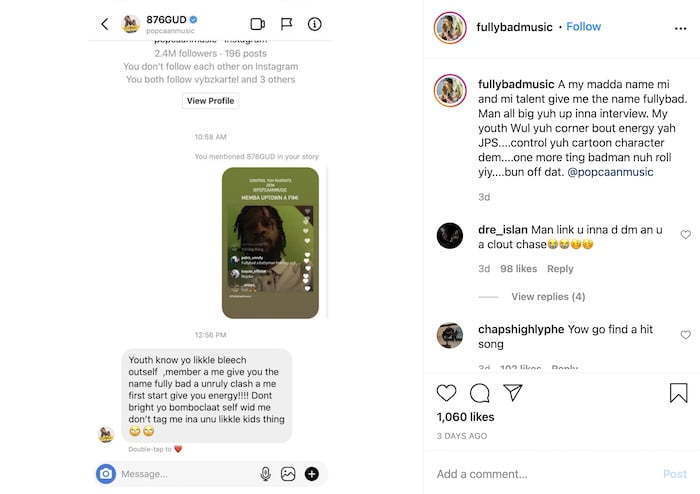 Popcaan decided to address the public name-calling in a private manner when he sent the up and coming artiste a direct message on Instagram. According to Popcaan, he was one of the persons who helped to further Fullybad’s career to the point it is currently at.

“Youth know you likkle bleech outself,” said Popcaan. “Member a me give you the name fully bad a unruly clash a me first start give you energy!!!!!” 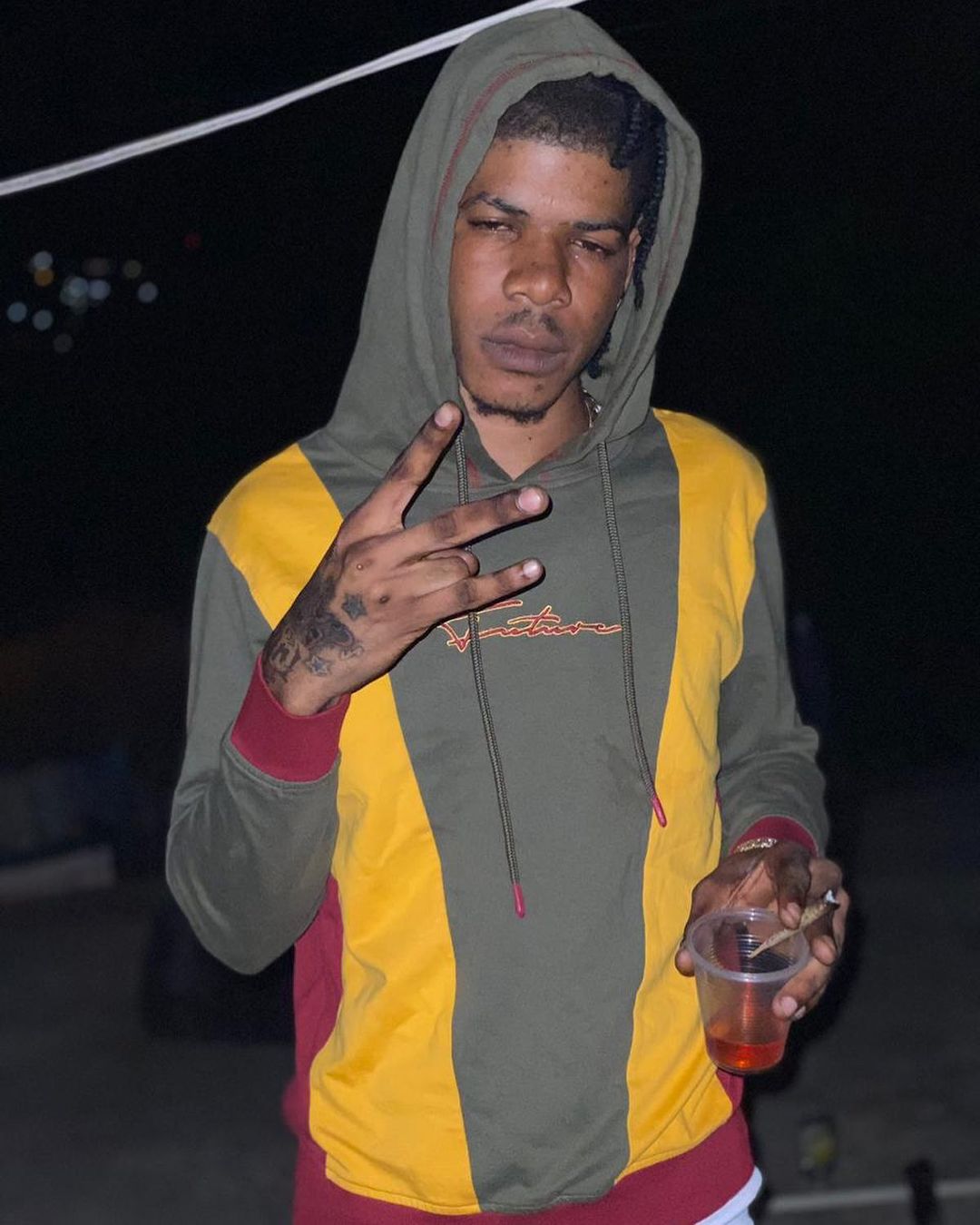 Fullybad shared the screenshot of the DM and dropped a caption mentioning that his talent and his mom provided him with his moniker. He also expressed that he respects Popcaan and even mentions him in interviews.

Foota Hype, who previously worked with Fully Bad, immediately made his allegiances known when he commented, “dem fi know a badgang tr8.”

We are unsure of what else will transpire from this latest square off. However, Urban Island is keeping a watchful eye on both camps and will provide you with updates as soon as they are available.