50 Cent is trolling Floyd Mayweather for getting a beard transplant.

As strange as it might sound, Floyd Mayweather reportedly had hair transplanted unto his face for a full beard. The champion boxer who is commonly bald is noticeably donning more facial hair than usual, and that detail did not escape his longtime rival 50 Cent. The two have a history of trolling each other on social media, which stems from their prior friendship that turned sour.

Unsurprisingly, 50 Cent was among those who chimed in on Mayweather’s new look, and he did so in a particularly distasteful deprecating tone. Fifty posted a blurry photo of Floyd out and about, but the pixels were just enough to spot the focal point of the subject matter. “LMAO he took hair from his a** and put it on his face. LOL WTF is really going on champ,” Fifty wrote in the caption. 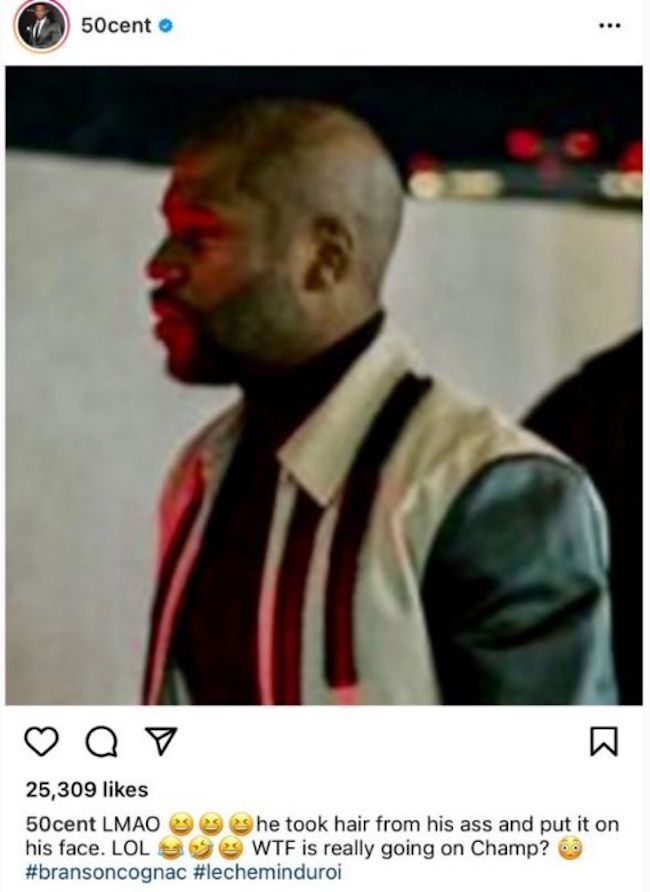 The since-deleted post, which had garnered thousands of likes, caught many eyes before it was removed, leaving the evidence in screenshot folders across devices worldwide. Mayweather is yet to address the mockery, but seeing as fans have already decided that the “champ” lost this round, he probably has no intention to. 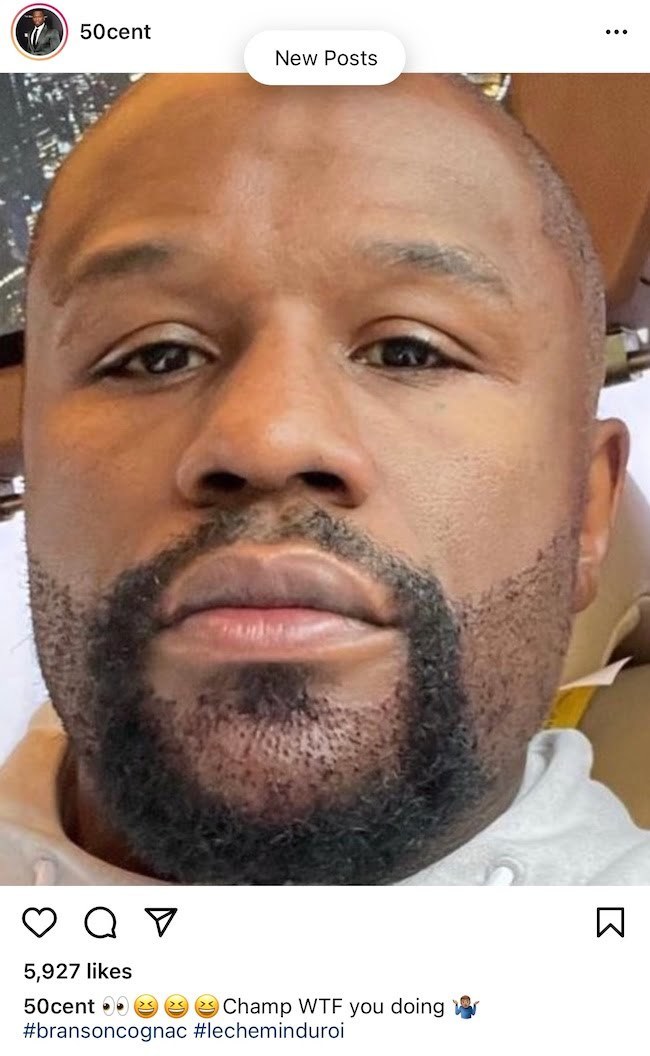 For a while, it seemed that 50 Cent and Floyd Mayweather might have put their differences aside, but last summer, the rapper-turned-TV mogul set his trolling sights on the champion boxer yet again, reigniting their aged feud. The fact that Fifty deleted the post indicates that he may have had some reservations about starting up this latest feud. Only time will tell if Floyd Mayweather will react to FIfty’s post-and-delete or if he’ll just wait for the next round.

What do you think about Mayweather’s new hair plugs?