Drake showed off his special gift from his uncle for Christmas.

While many wanted new toys and gears, the Toronto rapper was happy at the sentimental gift that showed how persistent and hard he has worked from the bottom up. In Instagram Stories on Christmas Eve, Drake shared the first earnings check he received in 2007 after stepping out into music. The cheque amounted to $304.04 and came with a certificate from the Society of Composers, Authors, and Music Publishers of Canada (SOCAN), which congratulated him on his first performing royalties. The cheque and certificate were framed and given to Drake by his uncle as a mark of his success and how long his journey has been.

Drake said, “My uncle found and gifted me my first earnigns from music. Came a long way from 3 mills in royalties.” 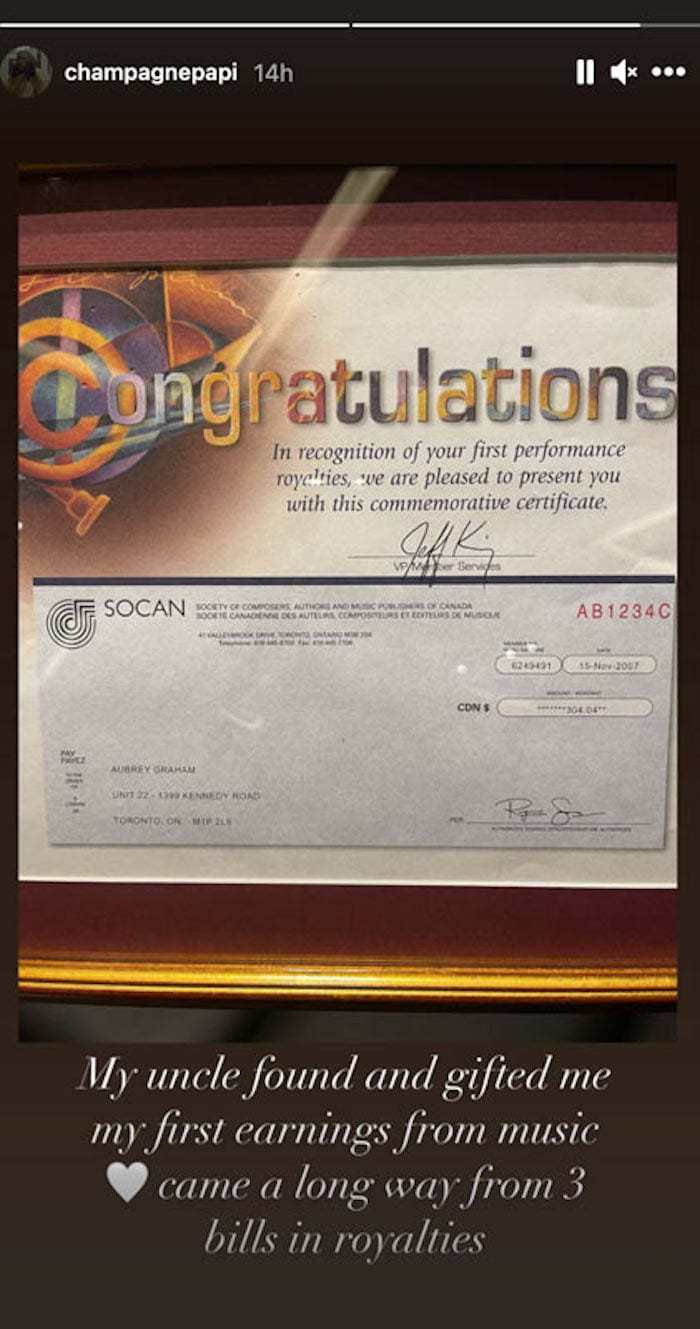 Drake’s estimated net worth is $170 million in 2020, according to Forbes, making him one of the richest rappers in the world. Drake became famous as the character ‘Jimmy Brooks’ in the teen drama ‘Degrassi: The Next Generation which started in 2001. The 6God rapper released his first mixtape in 2006, but his come up was not rosy.

The rapper has shared over the course of his career that he had a close bond with his uncle, who supported his rapper dreams. In 2012 he posted a throwback picture as a young boy with his uncle and captioned the post “without this man there is no me…Uncle Steve.”

Uncle Steve was also featured on Drake’s 2013 record hit Started From The Bottom– “and my uncle calling me like where you at, I gave you the keys told you bring it right back,” he raps.