It’s the norm for rich celebrities to bless their lovers with lavish gifts on occasions like birthdays and Christmas but overplayed or not, it doesn’t diminish how special it is for the person on the receiving end. In the latest idolized hip-hop couple splurge, Migos rapper Quavo gifted his girlfriend Saweetie a brand new pearl white Bentley reportedly worth $300K.

Saweetie was bubbling with excitement when she showed off the luxurious gift from her man on social media. In the Instagram Live video, the “My Type” rapper is seen jumping up and down like a kid on Christmas morning when she is presented with the Bentley. The high-end drop top is dressed in a big red bow with the driver’s door wide open allowing the reflection of the posh Bentley logo to reflect on the ground. In the video, Saweetie’s fit matches her new whip as she is clad in a long white winter coat and a red cap. 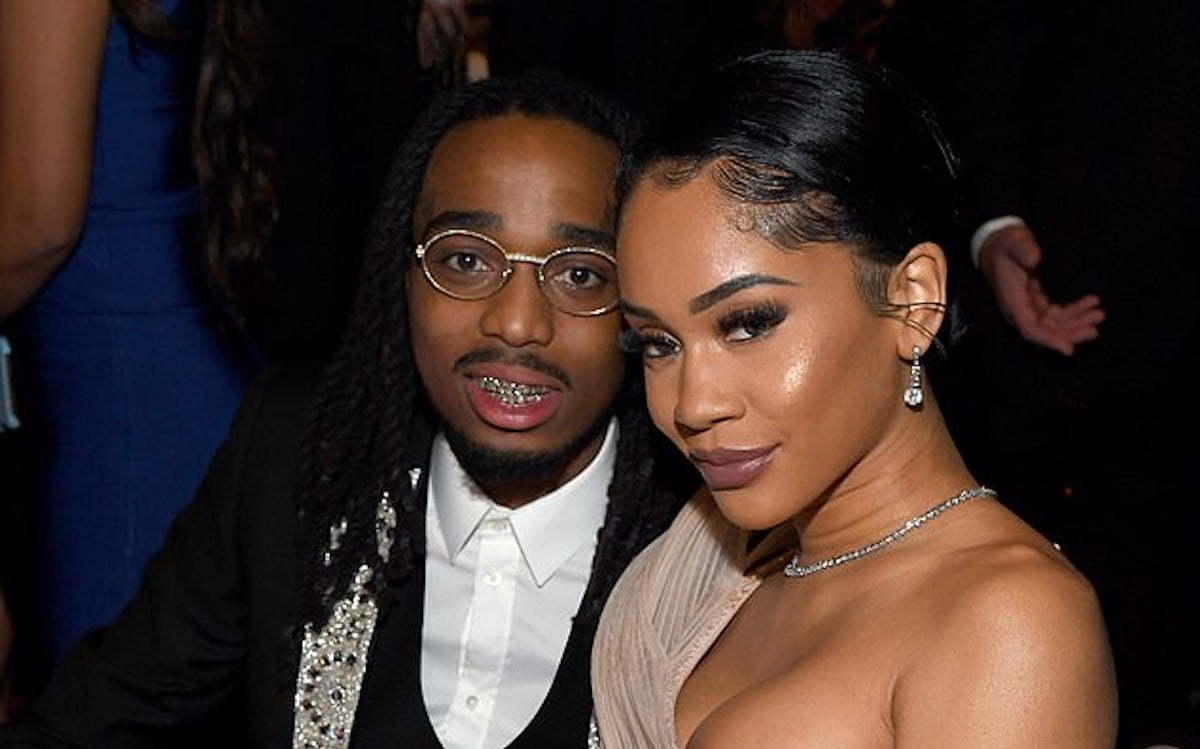 “My heart is beating so fast,” Saweetie says in shock. “Thank you baby. Oh my gosh,” she adds before standing there dumbfounded for a moment. Quavo appears satisfied when he makes his lady feel this way, planting a kiss on her cheek in response. The two rappers have been an item for over two years now and this year they celebrate their third Christmas together.

The icy gang couple is known for their affinities for luxuries of the precious stone persuasion so it’s a wonder that the Bentley isn’t decked out in diamonds. Saweetie and Quavo have been inseparable ever since they got together and they are believed to be members of one of the less drama-centric relationships in the hip-hop community. Earlier this year they appeared in a GQ couple’s interview where they gushed over their romantic connection.

Quavo’s Migos group mate Offset was also presented with his own lavish gift from his wife Cardi B on his birthday last week. Set got a $600K gold-plated 2021 Lamborghini Aventador SVJ. This family is clearly in the business of exchanging super expensive luxury vehicles. Who do you think will be next?