Spice’s baby father, Nicholas Lall, is denying that he has raped her former Dancer DHQ Danger. The former Team Spice dancer has alleged that while on tour in Europe, Lall, who was at the time Spice’s road manager, entered her hotel room by securing a copy of her room key, and he raped her. She said that he allegedly threatened to kill her and that he threatened her with the loss of her job.

Spice eventually fired Danger, but no reason had been given. The dancer claims that Spice felt that she was messing with her man leading her to avoid Danger. However, Danger alleges that, in fact, it was Lall who had been preying on her.

Nicholas Lall, on the other hand, says that Danger is lying. He said they were both wrongs for what they did and that he and Danger had a full-blown affair- not a one-time sexual encounter, as Danger claims. “I’m wrong, we both of wrong for f**king each other. When we were going around and f*** on tour, this was no one time. Me and you f**k all around the world, we were f**king in the whole of Europe,” he claims. 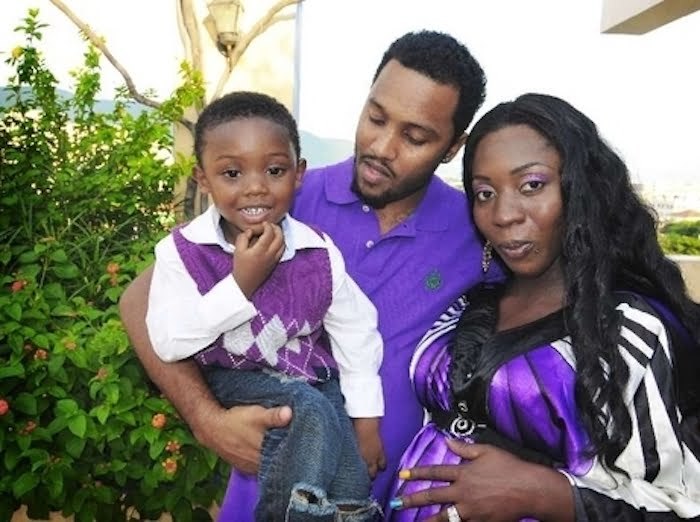 “What yuh gain from this. I ago ask unu, the amth of ppl in my inbox calling me rapist, listen mi have my gal pickney weh mi love dearly, if somebody rape one a them , mi kill that. Min uh support raper,” he said.

Meanwhile, it seems that RT Boss, Spice’s former “Spiritual advisor,” who many on social media are calling an obeah man, is divulging information in an effort to destroy the de facto dancehall queen. In a live video, he said Spice allegedly said that Lall had given Danger, her former dancer, oral sex.

RT Boss also told Lall, who tuned into his IG Live, that one of Spice’s children is allegedly a “jacket.” Spice has two children- an older boy and a little girl who Lall claims as his children with the dancehall artiste. However, RT Boss said one of the children, who he did not identify, is not Lall’s biological child.

However, Lall didn’t take too kindly to the “Spiritual advisor,” making such a declaration.

“Lall did you know the child you have is not your child?” RT Boss asks to which Lall reply “dawg wha kinda f***ery yah tell me dawg? How yuh mean ah nuh my pickney, nuh muss my pickney.”

RT Boss urged Lall to get a DNA test to prove paternity. Lall has been an absentee father in the lives of his children, according to Spice. She said he does not financially support his children. However, Lall has in the past said that Spice does not allow him to see his children or allow opportunities for them to be a part of each other’s life. As a result, the two have been at loggerheads for years.

Now with Spice having a new man in the picture, the children seem to have the father figure role model they needed.

Meanwhile, RT Boss seems like he is in an all-out war with Spice, who he says is his “friend,” but he is releasing “receipts” to the public. Many of his revelations are damaging to the dancehall artiste. For one, her fans have started jokingly calling her an “obeah wukka.” Spice is yet to respond.

RT Boss also alleges that Spice also cheated on Lall, and a video was leaked to Twitter with Spice giving some unnamed man oral sex. However, Lall, who tuned into RT Boss’s chat as a caller, asked him to “lowe certain things,” as he laughed.

“Mi nuh deh pon that something deh,” he said, clearly indicating he didn’t call RT to speak about that but not denying whether RT’s claims are true or not.