Tami Chin says the pandemic has affected their family life to the point that she has resorted to speaking in codes with her husband when they want to have sex. In a fun and lighthearted interview with Spice on her weekly Spice It Up talk show, the couple says their code word for sex is “you have a zoom call.”

The Mitchell couple was speaking to Spice about how they were managing as a couple and a family during the coronavirus pandemic, which has seen measures to mitigate spread force the government to institute a curfew and close schools.

As a result, children now have to be homeschooled. This means that the Mitchells have two small children and a one-year-old baby to take care of while homeschooling them as well as maintaining their separate careers, leaving very little time to spend together.

“It has been a very challenging time. It’s something that’s new to all of us. I’ve given up this idea of balancing everything. I’m literally just trying to do as much as I can, as best as I can. Not many things gets done all the time.”

By getting done, it seems that Wayne Marshall means that he doesn’t “get done’, as he loudly clears his throat –to much laughter from Spice and Tami Chin. 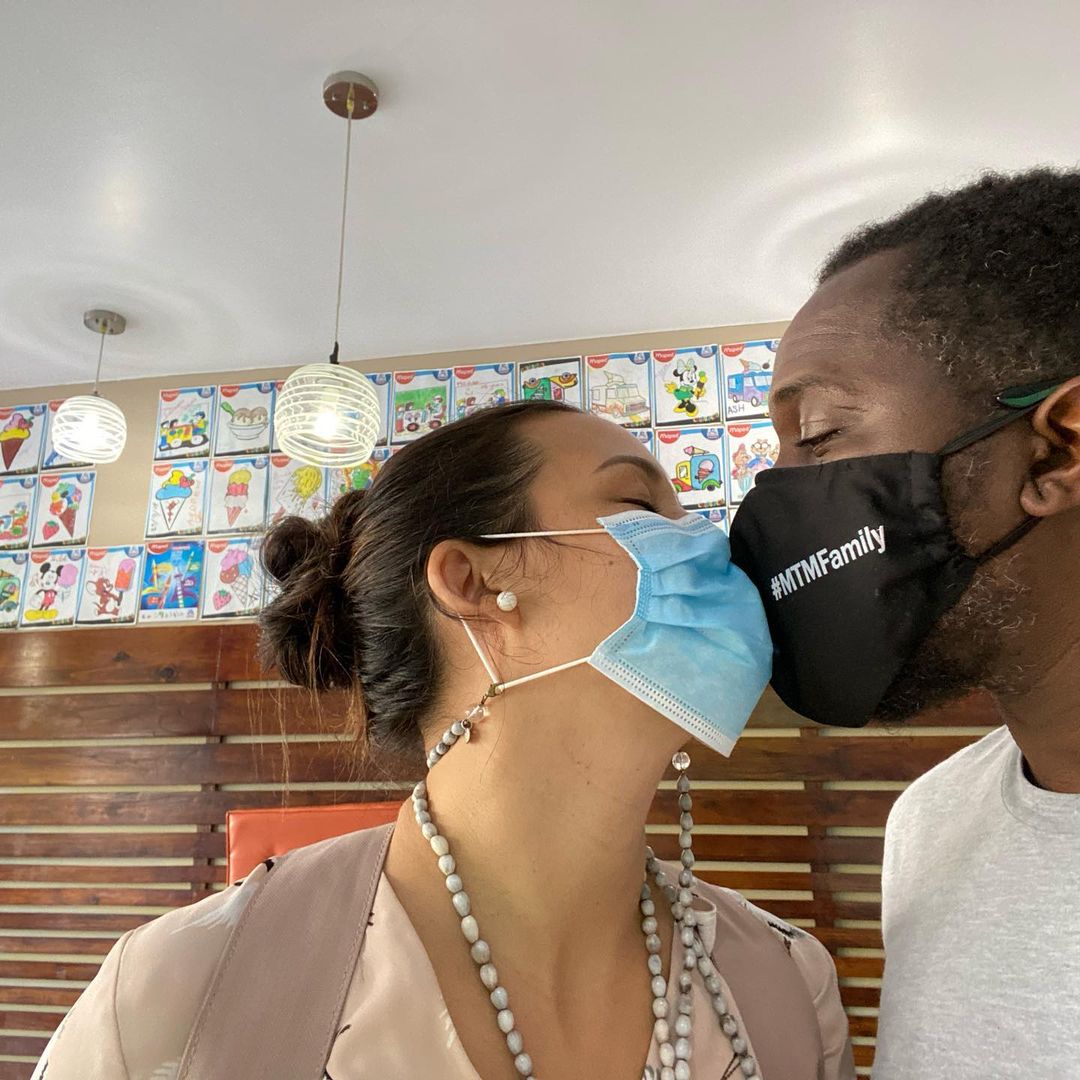 “Some things have suffered this pandemic,” Tami emphasizes as she laughs, “It’s impossible to do everything.”

Meanwhile, the Mitchells, like every other Jamaican parent, have had to home school their children. It is not the easiest of tasks, says Wayne, who has taken on the job full time since the pandemic started but now has hired a tutor to assist the children every day.

“It rough to be a parent, principal, guidance counselor and dean of discipline, canteen master, everything, Wayne says. “You have to step it up. We have someone coming in to work with the children daily.”

Wayne says the couple has gotten closer as a family, and with their venture – their new Vlog featuring the family – they have been brought closer by the pandemic “it has been rough at times, which is normal. We’re so much more at home and in each other’s face,” Tami says.

However, the couple have managed to be able to deal with each other in a way that doesn’t affect the relationship she says – “We might have an argument but I can go back and easily say ‘yow why ddd’ and then I’ll still ask him ‘Wayne what you want for dinner?”’ and that breaks the ice, she says.

Spice wanted to know how it is being a wife and keeping Wayne sexually pleased during the pandemic? Wayne says “all if we get a weekend off, mi deal with har wicked, hackle up har body,” to laughter from both women.

But Tami says many make marriage appear to be all about sex. However, that’s not what the relationship is built on, nor can survive on, especially when you are raising so many kids.

Tami Chin says, “you have a zoom call” is the code word for the couple spending private time together when they want intimacy away from the children. Although them having the children at now affects their couple time, she says it is all a balancing act and creating new ways to get their personal time in.