Rvssian clapped back at trolls over his Batman Halloween costume.

Music Producer Rvssian had some strong words for a couple of trolls who decided to ridicule him for the costume he wore during the recent Halloween celebrations. The Jamaican producer decided to sport a costume from the hit comic series and movie/tv show/cartoon franchise Batman. The DC Comics superhero is a favorite among comics fans because he somehow always manages to defeat his villains and save the day, all without any superpowers. Maybe this was the exact idea Rvssian was going for when he posted the photo along with a hilarious caption.

“Batman with Amari jeans,” he joked before dropping his newly coined word #TRAPMAN.”

He may have forgotten about the homophobic nature of most Jamaican’s after making the post, as a number of trolls began ridiculing him for the closeness of the superhero’s name to that of the colloquial term used to refer to homosexuals. “Batman? YYYYYYYY,” joked one fan.

However, the hit producer who has worked with the likes of Kartel, Shenseea, Young Thug, Nicki Minaj, and many other international acts was not down for the slander. He even decided to explain just why he decided to don the black and yellow costume. “All these miserable people in the comments. Enjoy life, get money and be positive. ..I celebrated it with my little daughter and now batman turns to ba__yman?” He questioned before getting pretty nasty in the hashtags. “unogos__kunomada” 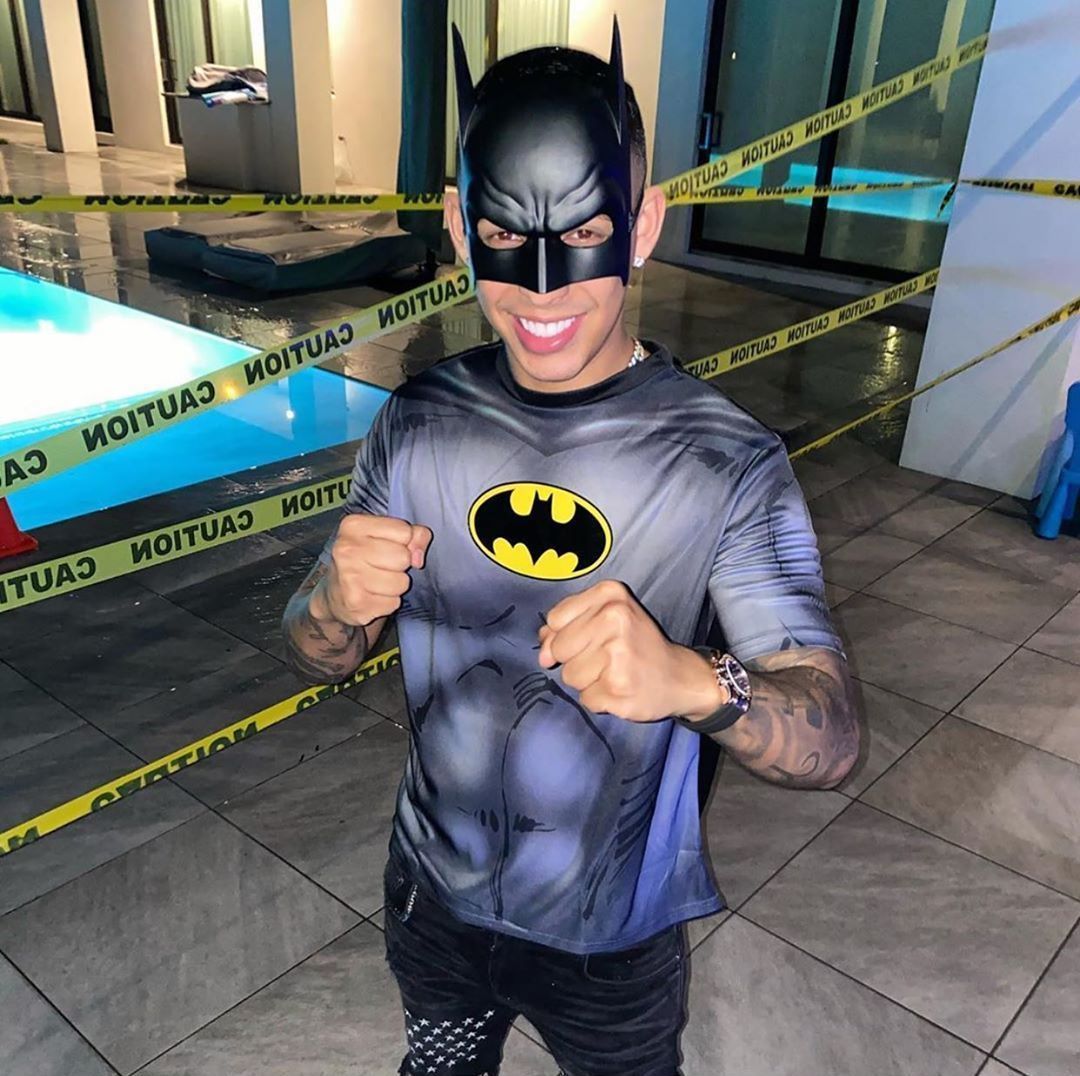 One dancehall fan hinted that Rvssian actually picked the perfect costume based on Bruce Wayne, the character behind the Bat-suit. “Remember batman is a rich bachelor wed cars an gadget in comparison to Russian,yeah him get it accurate,” came the comment below a Youtube video discussing Rvssian’s reply.

Other Jamaican entertainers and big wigs who took part in the Halloween parade included Skatta Burrell, Cecile, Elephant Man, and Shenseea, just to name a few.

Do you support dancehall artistes taking part in the US-based spectacle?