As families around the world continue to struggle with the restrictions of the coronavirus pandemic, one Reggae artiste, Ziggy Marley, is trying to help them through his music. Ziggy Marley, who is the eldest child of Reggae legend Bob Marley, has released a new album with a twist called More Family Time.

The album has a very educational tone and features vocals from the entire family, including their pet dog, Romeo. Bringing a different dimension to Reggae, the album features tracks that target young learners such as “Play In The Sky” with Ben Harper, a song about appreciating the outdoors, “My Dog Romeo,” “The Garden Song Of Miracles,” which also features Stephen Marley and “Move Your Body.”

Marley spoke with Loop News Jamaica and explained that the album came about after he was inspired by his four-year-old son, Isaiah. He added that the album he set out to create definitely had a different sound. “Isaiah was around me and started inspiring me to do these types of songs,” he added.

He said that by interacting with his son, he realized that children around the world needed help to get through the pandemic, and this is how he felt he could contribute. Ziggy Marley is very focused on family life and often posts about his day-to-day life with his family on social media. In 2009 he won the Grammy Award for Best Children’s Album for his album Family Time. 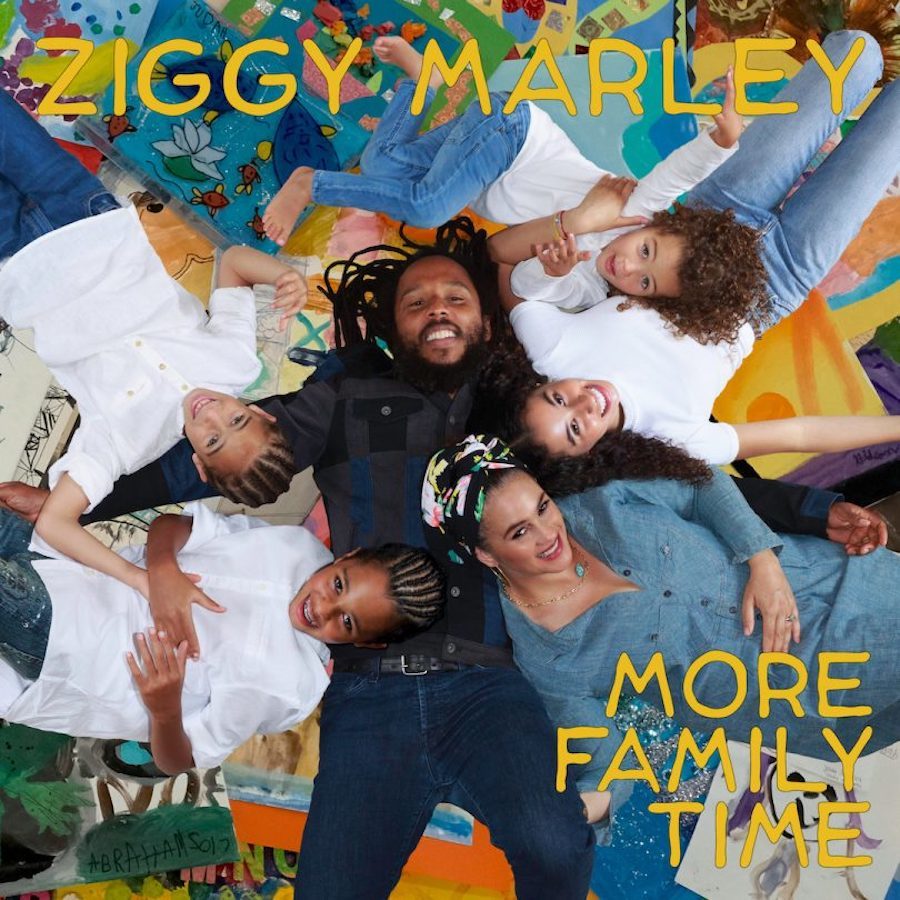 He also enlisted some big alternative and pop names for this project. They include Alanis Morrisette, Sheryl Crow, Busta Rhymes, Jamie Lee Curtis, and Angelique Kidjo.

Ziggy Marley added that the song “Please, Excuse me, Thank You,” which he sang with Alanis Morissette, was specifically for helping children to understand the importance of manners. A lesson he thanked his Grand Aunty for. He revealed that she took care of him and his siblings when their parents were away on tour.

He went on to say that since the pandemic, he has been inspired by all the things that he mentions in the album, including his dog. Marley is hoping that the same feeling of relief that he felt while creating the album will be passed on to the listeners.

“During the pandemic and Black Lives Matter and George Floyd protests in America where I am, there was a lot of energy so it just come like a breath of fresh air, it give me a breather,” he said.

He also revealed that he used the downtime caused by the pandemic to create a photo book entitled Portrait of a Legend to honor his father’s 75th birthday. The book will become the first to be ever authorized by the Bob Marley Foundation.

Some of the proceeds from More Family Time will go to his 501(c)3 URGE, which supports the education and other endeavors at the Chepstow Primary School and the One Love Youth Camp.