Buju Banton isn’t the only dancehall icon ranting against mask amid the COVID-19 pandemic.

Veteran conscious Dancehall artist, Sizzla Kalonji, used an Instagram Live session on October 31 to express his views about the Jamaican government’s handling of the Covid-19 pandemic as well as his unmoving stance on the LGBTQ community. The live session, which he captioned “live a million times,” was used to debut songs on his recently released album Million Times. At one point, he stopped the music to call on Jamaicans to not forget their duty to procreate amid the ongoing pandemic.

He then said there was a lack of infrastructure in Jamaica, ranging from the island’s reservoirs to bathrooms at schools. He then attacked the world health authorities describing them as “liards” with regards to the Covid-19 virus. He said the real virus was poverty and homelessness in Jamaica. “The pickney them ah suffer before them even reach 19.”

He questioned when last a new school or reservoir was built and said there needed to be a drastic reduction in the importation of goods and services and that more focus should be placed on the people of the island to start creating and using resources for themselves. 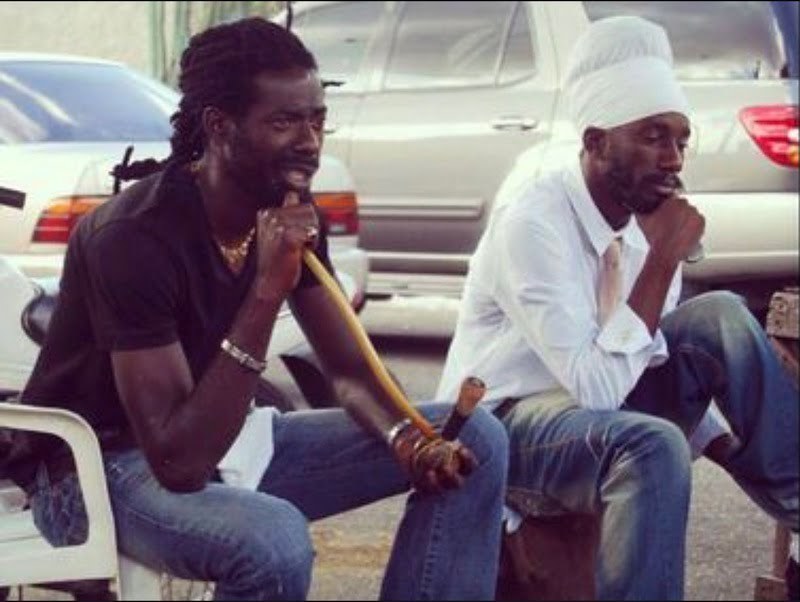 He also questioned how the masks being used could protect anyone from a dangerous virus as he used more heavy-duty ones to protect him when he used to “sand cars.” This he said was another reason why he is not sold that the COVID-19 virus is as dangerous as it’s being touted.

“Watch dis, di yute dem smart. Caw mi grow up in di garage. When you a duh sanding work, sanding the filler of the car you gotta wear a natural mask more filtered than this mask. And such a dangerous virus, a likkle kerchief or a domestic mask can shield yuh from it? And if yuh need the mask, why yuh need vaccine? If di mask work, why social distancing? Is a trick man. Wha wi a mask from God bout?” he questioned. He added that carbon monoxide was probably more dangerous than the virus and that it was all a conspiracy to get rid of black people because there is no longer a need for “human labour.”

Sizzla added that he believed that the vaccine for the virus would contain a microchip, which would be detrimental to humans. This he continued on to say was in line with how the earth would be destroyed in what he called an end-time war.

He urged people to return to their land and plant before it is too late. Sizzla added that Jamaicans were Hebrew Israelites who built the pyramids, and then he also launched an attack on Christianity, saying that Africans were owed money because of the use of the book of the Psalms, which was written by King David, also a black Israelite.

“All the churches in di world including Vatican City, wid di pope… you are using the Psalms of King David, so you suppose to pay wi publishing and royalties… Suh every book inna di bible, Vatican City and all di churches in the world supposed to pay us royalties… King David wrote di Psalms so King David own the Psalms, suh a all dem money deh weh oonu have a collect offering from di people dem all those publishing money belongs to the throne, which is the Conquering Lion of the Tribe of Judah,” he added.

Sizzla also said that he was not afraid of the reactions to his rantings and that he was a public figure who was used to public scrutiny.

Buju Banton came under heavy criticism last month when he released some clips on Instagram ranting against the wearing of mask while alluding to a conspiracy from the powers that be. Some folks were not in support of his views while pointing to scientific evidence that mask does help to stop the spread of the deadly virus.