Bounty Killer doesn’t think the State Of Emergency policy put forward by the Jamaican government to fight crime is working.

Jamaica might not be the murder capital of the world, but it has come to be known globally for violent and organized crimes. The high crime rate in the country is a crucial issue that has been tackled by political administrations from both sides, and with each administration, it has remained one of Jamaica’s most pressing problems as the culture of gun violence gripped the island for decades. Though most parliamentarians get stumped when it comes to how to take on crime reform in the country with a population of approximately 3 million, one dancehall mogul is offering up some pretty worthy solutions to address the matter.

Bounty Killer gave a moving speech about remediating crime in Jamaica at a recent seminar with some members of Jamaica’s security force. In a video shared on Police Federation chairman Patrae Rowe’s Facebook page, Bounty pointed out the weaknesses in the government’s plan to address the perpetual crime wave with policing. The dancehall artist is of the opinion that the reason the State of Emergency and Zones of Special Operations tactics that have been implemented are ineffective is that the matter is a social dysfunction problem rather than a police issue. Bounty says the crime rate will always be driven by social issues like morals, self-value, financial woes, unemployment, broken homes, dysfunctional parents, and more.

According to Bounty Killer, the government incessantly errs when they allocate more funds to the national security measures that they implement than to social development. While the focus remains on the criminals, who are admittedly considerable, the potential of other youth is being squandered daily. Bounty believes that with the current mindset of the typical criminal in Jamaica’s inner cities, policing will not reform the society. The core issue, in his opinion, is that young “thugs” no longer value their lives and, therefore, “No care how much a dem di police dem kill, yuh have aneda 100 rising.” The dancehall veteran says the best strategy would be to “diffuse” the troubled youth by intervening at an early stage that will affect direction and aid in influencing a more positive path. 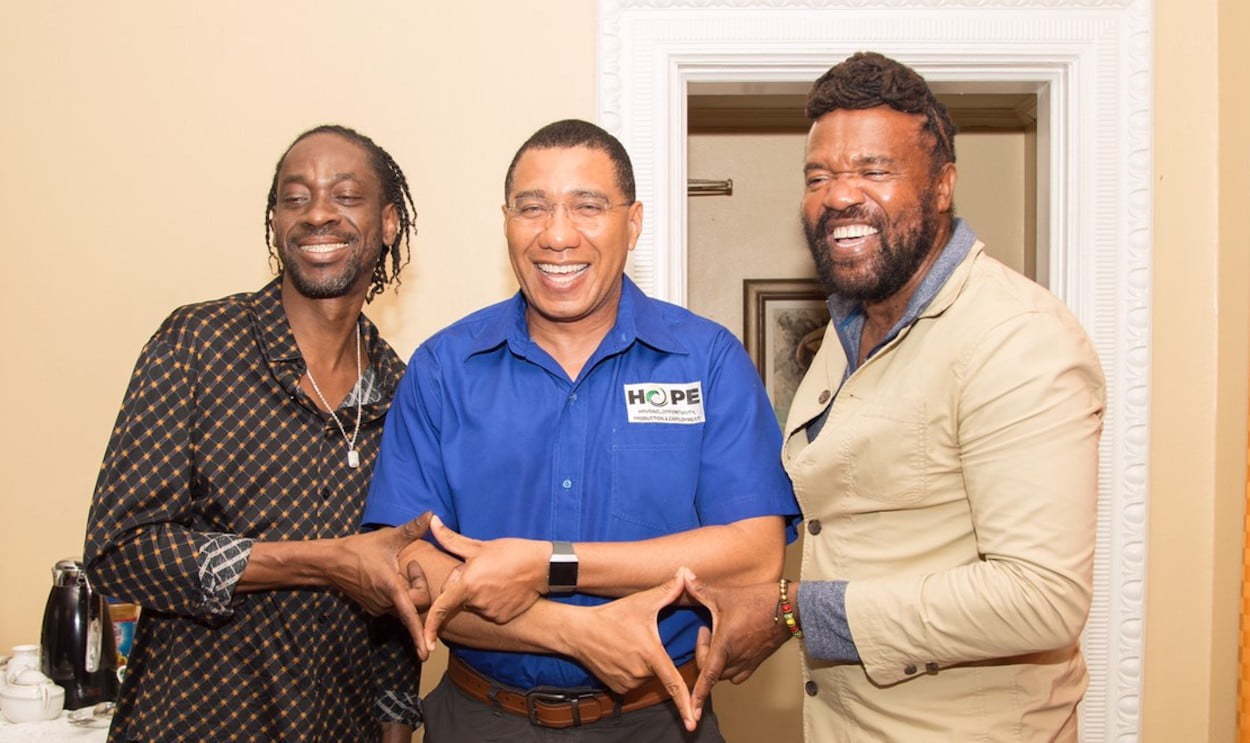 “Cah you a wait till dem turn bad boy then sen police kill dem or lock dem up and dem still aguh have the element weh create them,” Bounty Killer explained. “So these are the elements weh we haffi help get rid of out a society if we want wi society fi grow.” The Grammy Award-winning dancehall star went on to say it will be hard for Jamaica to grow based on the crime rate and he thinks real change will mean starting from the foundation. “Everything haffi tear down,” he said.

Bounty Killer, whose real name is Rodney Price, has been an activist in his community for many years, and his foundation is responsible for a number of donations and charitable work. He explained that he has made it his mission to go into the embattled communities to recruit young people and show them a different way other than the violence that permeates their environment regularly. Leading by example, the deejay is encouraging the government to follow suit.

Bounty pointed out a detrimental pattern that needs to be broken in order to promote the right values and behaviors in society. The emphasis is on reprimanding the wrong while there are no measures in place to promote the right. The dancehall artiste revealed that the government no longer wants to fund peace management, which entails activists going around remote communities to encourage the youth positively and set them on the right path. With all the government funding going towards national security measures like SOE and ZOSO, Bounty says it creates a cycle where the government hunts the bad boys and neglects the good ones. The product of our neglect is that it leaves the good boys as prey to the bad boys who then convert them.

As the saying goes, “the devil finds work for idle hands.” That has historically been the cause of the growing crime rate in Jamaica, and Bounty’s resolve is creating more activities in communities to promote good behaviors. “So a bad boy alone dem waah look fa,” Bounty said. “And then the bad boy dem find the likkle good boys dem and turn dem inna bad boy too, cah dem idle and nobody looking out for them.”

He continued, “We inna di ghetto regular. No likkle sports program, no likkle education program, no likkle music program, nothing! Those things lead back to all the dysfunction inna society. People nuh value life certain way anymore. And most a di man dem weh a bad outta road dem know dem nah go no weh.” Bounty made the point that if the youth already believe they have no future and don’t value their lives then it is a futile effort by the police force to try to penetrate that seeing as they can’t change people, they can only detain and execute. “We need fi go teach dem the value of life,” Bounty reinforced.

Elsewhere in his speech, Bounty Killer said the Jamaica Constabulary Force has not faltered in their duties to protect the country and enforce the law. He argued that criminals have just become “dunce thugs” with no regard for life. “Our police dem bad but dem bwoy ya mad, dem nuh have no value fi dem life.” He reiterated that crime reform in Jamaica is not a policing issue but rather a cry for social development. “We have to fix dem dunce thugs head, if we want to solve crime in Jamaica, cause no care how you have SOEs inna dat deh community or round a dat deh one deh too, you have to help the young people of the country, especially the young boys dem,” said Bounty.

The deejay implored the government to stop wasting resources on policing and instead, “go inna di hard garrison dem go tek out these youth and tun dem inna genius.” However, he also shared the irony that is the ugly truth – that the government doesn’t necessarily like “smart smart people” in politics as it serves them better to be able to sabotage the weak-minded. “The government kinda like when the youth dem a ediat still enuh,” he explained. “Cah dem like when dem can go down deh and manipulate dem head and tell dem some foolishness and mek dem do dem political work.” Bounty says the government takes advantage of this ignorance by buying election votes and playing the puppet master in these communities for political gain.

In order to effectively address the rampant violence and sky-scraping crime rate, Bounty Killer is proposing a renewed focus on social development. Communities need programs and activities, and funds need to be allocated to growth and not to losses. Granted, crime reform in Jamaica will not be an easy feat. However, it is true that if we do not cut the influence from the source, the crime rate will continue to grow. Basically, crime is the product of poor social structure and societal values. It’s easy to urge the government to go into communities, and they should, but let’s also promote the right morals in our own households and keep our youth motivated to become the best version of themselves.