Reginae Carter couldn’t care less what her fans think about her relationship status.

Based on some sleuthing, it seems as though the Growing Up Hip-Hop: Atlanta star is back together with her ex-boyfriend YFN Lucci. The pair had a relationship that lasted a year and a half, but it ended in heartbreak around August last year with some cucumbers having a role in the split. Alexis Skyy and her then-boyfriend Trouble hosted a debaucherous bash known as the Cucumber Party where guests played a game that involved doing some unsavoury things with the green fruit. Lucci was present at the party, as was Reginae Carter — except that the 21-year-old has not actually cracked an invite.

Instead, she snuck into the event to spy on her man… “The Cucumber Party was the last straw for me,” she said following the break-up. “I feel like it’s not respectful for a man who’s in a relationship to be there. It’s certain things that you just don’t do, especially dating me.” 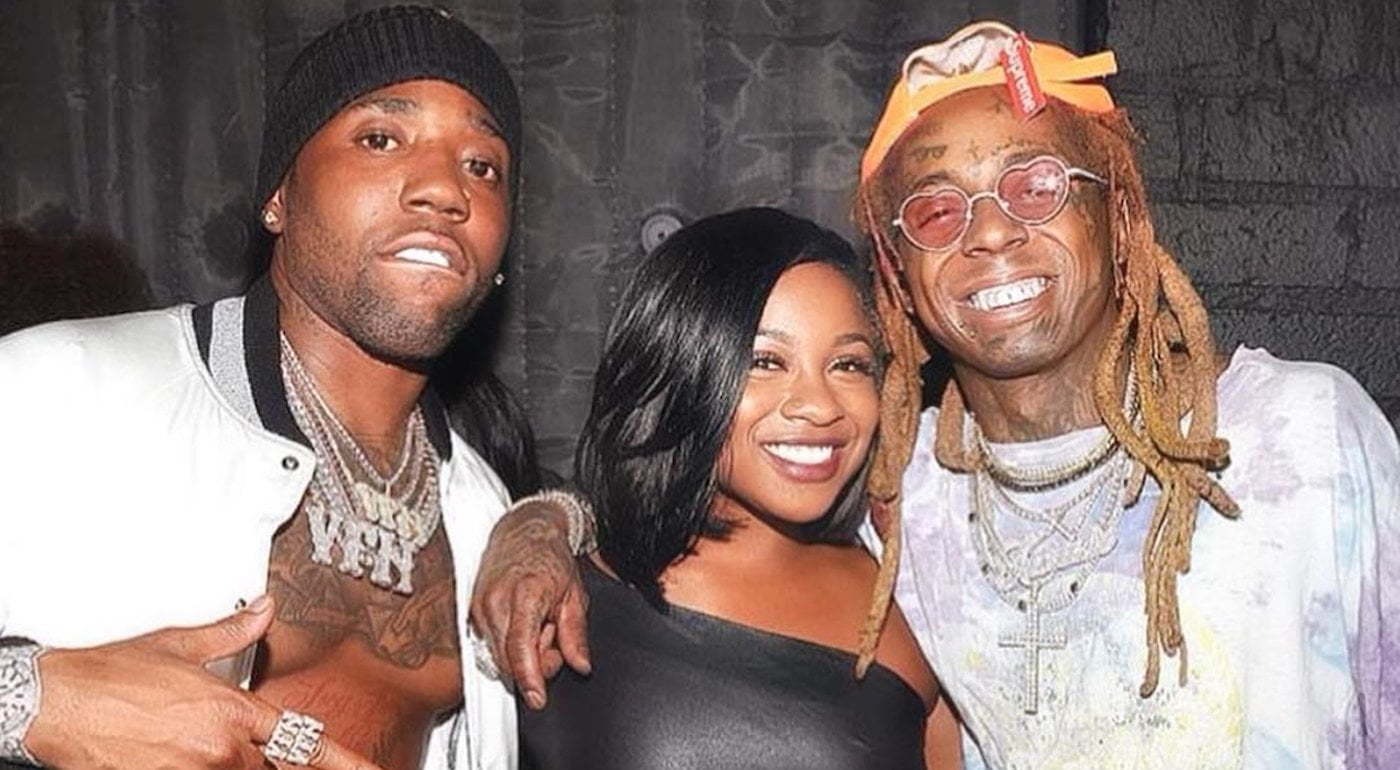 And so, fans raised their brows and hung their heads when it appeared as though Lil Wayne’s eldest may have reconciled with her former boo. The Shade Room picked up that a headscarf in the background of the IG video that the “Wet” rapper posted from his Miami vacay looked suspiciously similar to the headscarf that Reginae Carter was wearing in pics she had posted to the ‘gram around the same time. Many on Insta disapproved of the supposed reunion, but one said, “I cant even be mad at her. We’ve all been there and stayed with someone longer than we should’ve.”

With all the rumours going around, Reg had strong words for those taking an interest in her love life. “First off i wanna apologize to not a single one of you mfs because this my world u just living in it! Go to hell,” she wrote on her Instagram Story. “I’ve given up caring about how people perceive me. Being yourself is a revolutionary act in itself, embrace that.”

Whether or not she and Lucci are doing round two, we hope Reginae is living her best life.