Intence came under scrutiny this weekend for dressing in full JDF military uniform.

While the dancehall star intended to make a statement on being a tough military like figure in the Jamaican music scene, he ended up offended a lot of folks, especially those who have served in the Jamaica Defense Force, JDF. Intence posted the since deleted photo on his Instagram account on Friday, leaving some fans in dismay. The backlash was swift, leading the fast rising dancehall star to delete the post. Still, by then the damage was already done.

Sources told Urban Islandz that he didn’t intend on offending members of the JDF or his fans since the outfit was for a music video shoot. “The outfit was for a video shoot and wasn’t meant to offend the brave men and women of the JDF, it’s just bad judgement and no ill will intended,” sources in the deejay’s camp told us. Some fans were not happy with his choice of outfit to say the least. “Youth take that JDF uniform off its not a good look and as someone who has a family member in the force its offensive to see you in this,” one fan commented. 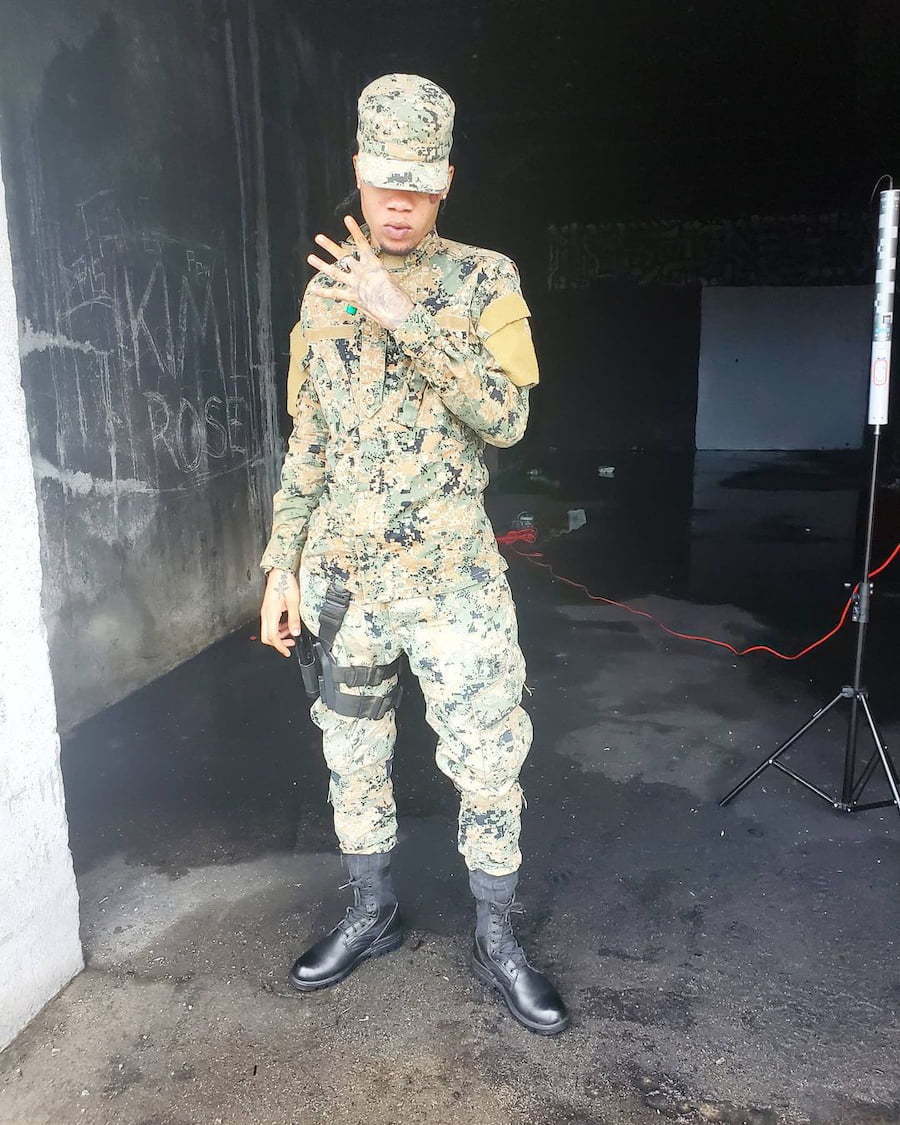 There are speculations that the JDF launched an investigation into the matter, but we could not get any confirmation on those speculations.

On the music front, Intence has a new single out titled “Pull Up,” which appears to be another diss track in his ongoing beef with Skillibeng.