Macka Diamond is clapping back at her critics by going topless on Instagram as she promotes her OnlyFans page.

The Dancehall Diamond, better known as Macka Diamond, has been heating up the gram over the last few days with some truly sizzling shots being used to promote the upcoming video for her new single, “Pink Pearl.” The shots feel just right for her OnlyFans account, and as one would figure, she has been facing an uphill battle with them on Instagram. So far, at least three of her uploads have been flagged and removed, leaving the “Mr. Tecki Back” artiste to bash her haters for reporting the images which were flagged. Not to worry, though, as two of her more revealing images seem to still remain on the Mark Zuckerberg owned platform for the viewing pleasure of her fans.

The two images see Macka stripping down to nothing but glittery body paint and two very stylish nipple coverings for the top half of her body, meanwhile rocking a pair of lime green pants to conclude the very risque’ look. “They report my pic because they can’t go without bra like me wooi, report again,” instructed the entertainer while showing off her very fit body. 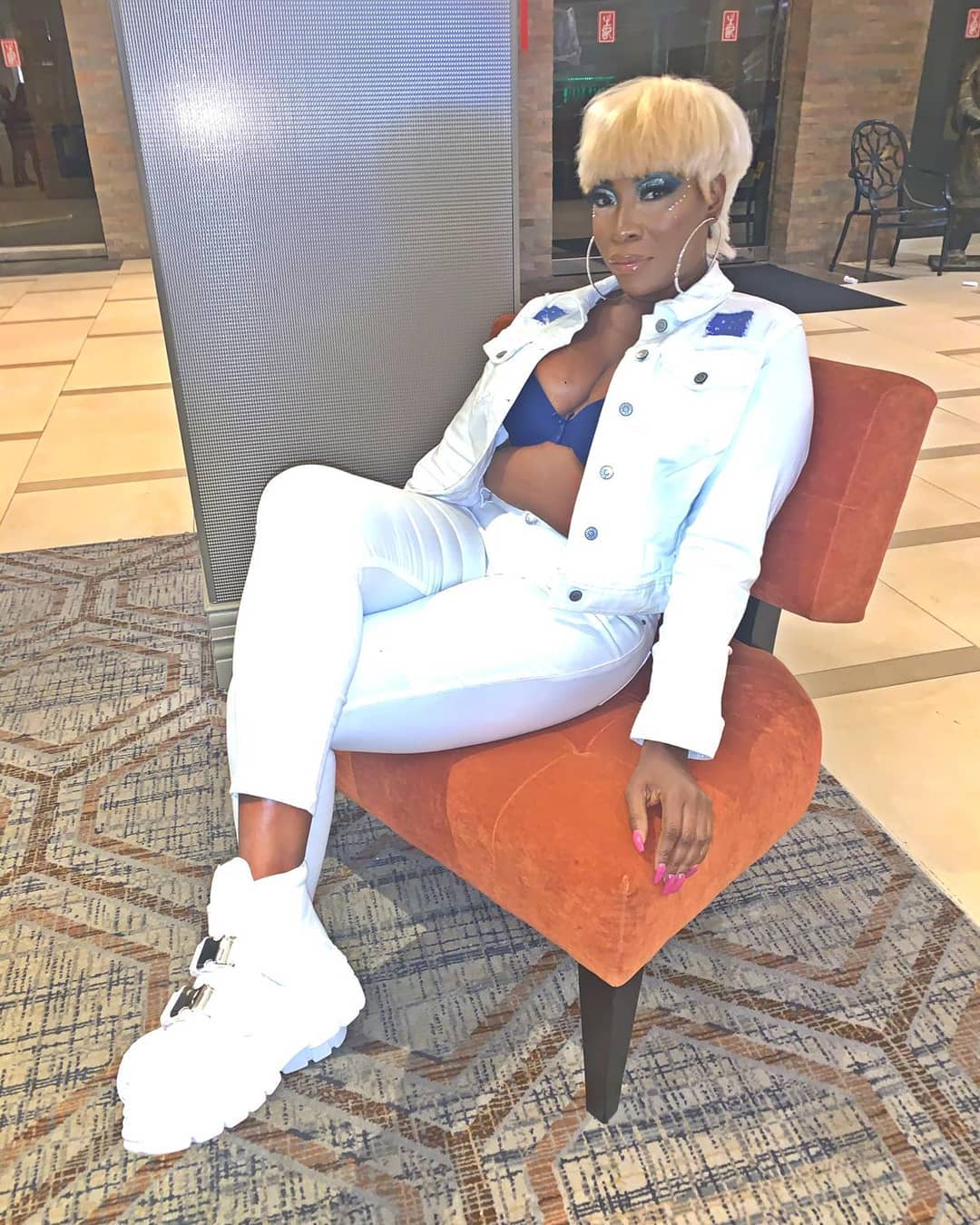 Both posts have been getting a ton of love from fans, with over 5000 combined likes being generated from both images. The comments filed each post are also quite positive, except for a few now commonplace calls for the 47-year-old to hang up her boots.

“Seemingly some persons got it wrong the older you get you should be able to do what the hell you wanna do,” said one supportive fan of Macka. Last month Macka Diamond was engaged in an online squabble with vlogger Pretti Don surrounding a photo of her and American-based artiste Chivea Brown in bed.

“Macka Diamond and I are just business associates nothing more, we are doing music. It’s sad that unscrupulous persons would cut and paste us together to cause unnecessary mischief,” said Brown. Diamond fired off a chilling diss track titled “Dog Don” aimed at addressing the vlogger, signaling the end of the beef.

Macka, who once went by the name Lady Mackeral, is definitely in her own lane and is steadily securing her bag through various projects.