The photo also attracted conspiracy theorists who claimed that the devilish image was proof that Cardi had joined the Illuminati. Cardi followed the post up with a picture of her in diamond-studded angel wings and body glitter, saying, “Stop with the illuminati sh*t….It was just costumes for a tiktok video DAMN!”

Despite the haters, Cardi is certainly showing out as a single woman and taking full advantage of her youth, beaty, and fame.

Meanwhile, Cardi and Offset fans, as well as those that just like to know all the details behind celebrity drama, are reading into Offset’s “like” from every angle possible. While most think it simply indicates that the two have remained friends, some are speculating that Offset may be missing his wifey and trying to flirt via social media. Cardi filed for divorce after rumors of Offset’s infidelity continued to plague the marriage, but she maintains that there is no bad blood between them and that they are going to continue to peacefully co-parent their daughter Kulture. 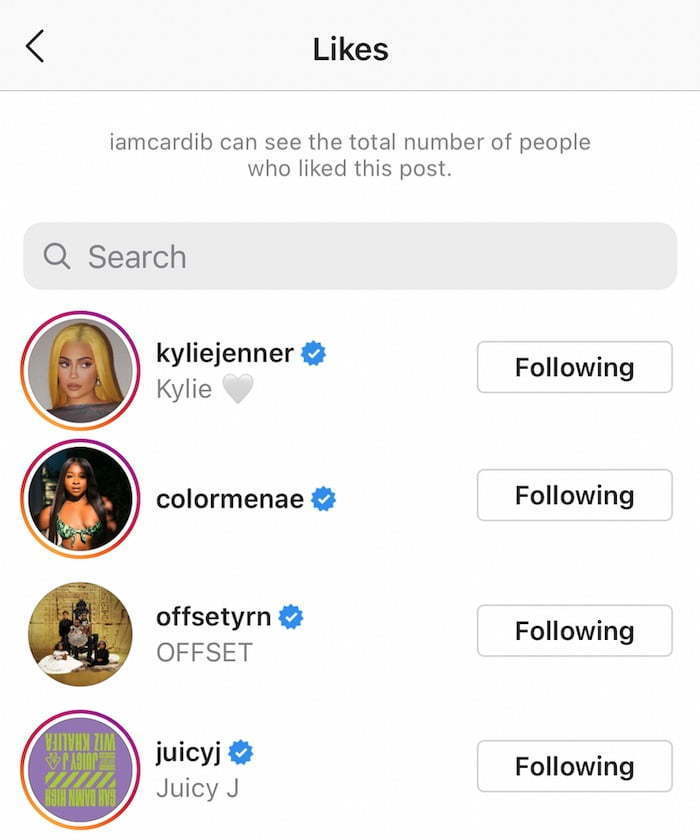 Interestingly, Offset didn’t click like on the image of Cardi as an angel, which also happened to have no mention of her relationship status. Regardless of Offset’s intention, Cardi seems to be doing just fine as a single lady these days.