Moneybagg Yo says his next album will be triple platinum real fast.

Memphis rapper Moneybagg Yo currently has three studio albums under his belt, and he is now prophesying that his fourth studio project will set the chats ablaze by going triple platinum. He hopped onto his Instagram Story to declare the following: “On Life This Next Album I Drop Goin Triple Platinum,,, Sh*t So Hard I’m Back Raw #istampdat.” It’s quite an ambitious and audacious goal, yet, it has been proven that fortune favors the bold. Therefore, one cannot doubt the possibility of it coming to fruition. One thing is certain, and that is Moneybagg Yo has been making power moves through his music. 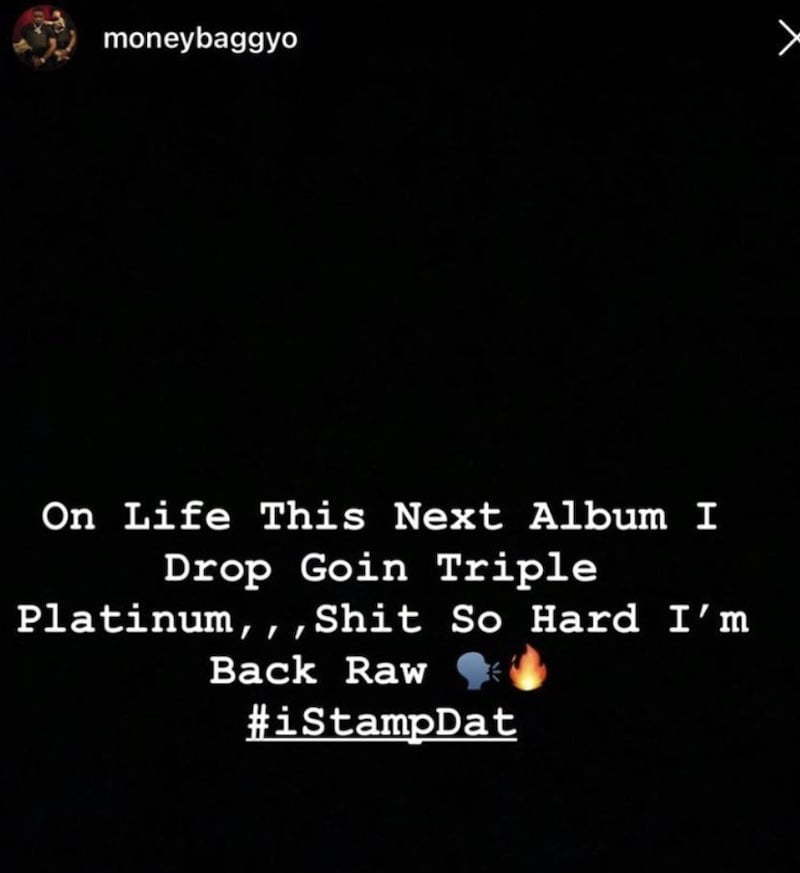 The rapper continues to churn out new music, recently teaming up with fellow Memphis talent Blac Younsta for their “Code Red” Mixtape, which moved a total of 40,000 units in its first week. Aside from his musical endeavors, he seems quite content with his personal life, which is a key ingredient in producing a masterpiece. Keeping in line with his many wins this year, he recently mentioned on Twitter that he was in a big-money negotiation.

“Currently Conversating Bout A 6 Million Dollar Deal …#HadToMotivateU,” he tweeted out. He did not reveal just what the deal entailed or who was at the table, but we are sure that he will be sharing with his fans once things are finalized.

As for the fourth album in question, the rapper has not released any other information except for his goal to sells 3,000,000 records.