A video recently surfaced online, showing Floyd Mayweather’s daughter Iyanna Mayweather exiting a store, but she wasn’t alone. Fans couldn’t help but notice that the 19-year-old carried a rather heavy baby bump with her. While she remained tight-lipped about the growing speculation online for a moment, she has revealed her pregnancy in a recent TikTok video.

Taking to social media to make the big reveal, Yaya Mayweather shared the TikTok video of her and a friend dancing to Instagram. Clearly, she was aware that this would incite a media frenzy, and coincidentally, she posted the video amid the news that her on-and-off boyfriend NBA YoungBoy has been arrested on drug and gun possession charges. 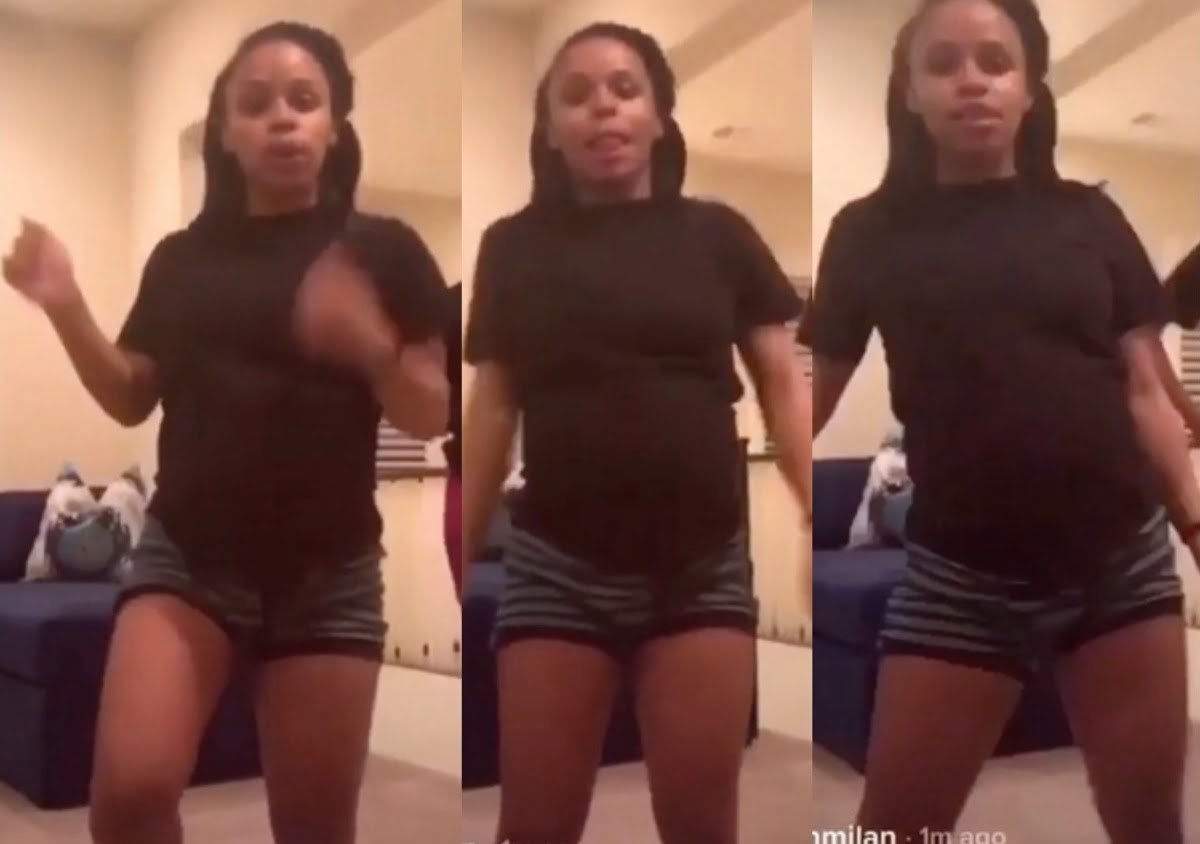 Yaya and YoungBoy have had quite the tumultuous relationship with fights, infidelity scandals, run-ins with the law, and a potential 99-year prison sentence all in the raw deal. However, some fans still weren’t surprised though disappointed that the couple conceived a child to add to their toxic union. NBA YoungBoy was the first to hint at the unborn child months ago, but no one would have guessed that Yaya was the mother.

Taking to social media seemingly under the influence in July, NBA YoungBoy shared a video clarifying just how many kids he’s really got. The rapper explained that he has four little boys and a newborn daughter but added that he’s “got another daughter on the way.” Alas, we may have learned not just that Yaya is with-child but also the baby’s gender.

In August, when Atlanta rapper Lil Baby’s baby mama dragged his girlfriend Jayda Cheaves, Yaya appeared to defend her friend but maybe little did we know, she was speaking for herself more than anything else. “Crazy thing is: same ones calling me & Jayda dumb is the same females that want to be with the n***as and the same dudes that want to be the n***as,” she said at the time. “So I really dgaf about nothing y’all talking about.”

Now her statement might be retroactive but it’s still indicative of where Yaya is today. That carefree attribute was also present in the now-viral TikTok video of her dancing with her baby bump. Meanwhile, her rumored baby daddy is currently in custody at a local Baton Rouge jail after being arrested on Monday night.

It’s unclear how far along Yaya Mayweather is but we hope her rapper beau will be out by the time his sixth child gets here.

#PressPlay: #Roommates, #YaYaMayweather is having fun with some late night dance moves. ? #PostAndDelete