Vice Presidential hopeful Kamala Harris is getting roasted on Twitter for saying Tupac Shakur is the “Best Rapper Alive.”

Every time we see a presidential election season, the candidates on both sides get put to the test regarding all types of subject matter, including their pop culture knowledge and musical tastes. This might be especially true for Kamala Harris, who is running as the first-ever Black woman vice-presidential nominee. She has likely had to work twice as hard for half as much recognition her entire life, and now every slip-up is going to be magnified in an attempt to discredit her among certain demographics. In the latest example, a comment Kamala made about the late rapper Tupac Shakur is coming under fire, leading observers to believe she may not have as much hip hop knowledge as she wants voters to believe she does.

During the NAACP’s virtual convention on Friday, Harris was asked to name the artist she thinks of as the best rapper alive. She answered confidently with “Tupac,” but was quickly corrected by CNN moderator Angela Rye who reminded the California senator that ‘Pac died over two decades ago. 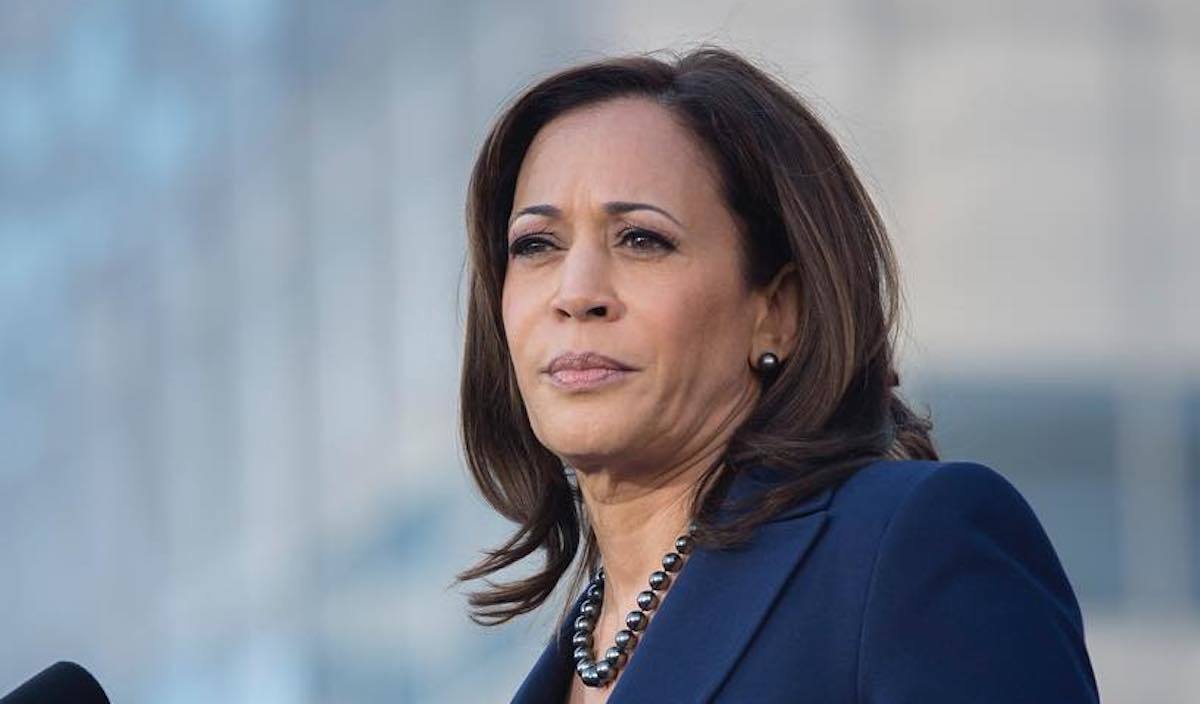 “I keep doing that,” Harris responded lightheartedly. “Listen, West Coast girls think Tupac lives on.” She then seemed to have trouble naming a living rapper she admired but did go on to mention that some hip hop artists need to “stay in their lane,” a comment believed to be aimed at Kanye West, who is still pursuing a presidential bid.

The exchange led to a great deal of internet chatter accusing Kamala of pandering to Black voters and of creating an artificial image of herself. At the end of the day, perhaps Kamala isn’t a huge hip hop fan, and she may feel she needs to uphold a certain level of cultural awareness in the public eye to be trusted by certain age groups and racial demographics. Ultimately, it is her policy decisions that should influence voters rather than her musical knowledge. The upcoming election is sure to be one of the most monumental moments in history and will affect American citizens for many years to come. Make your voice heard by registering to vote now at vote.gov.

Then says “Not alive, I know, I keep doing that.”

Tries to think of another living rapper. “There’s some I would not mention right now because they should stay in their lane.” pic.twitter.com/MZJ5FZC4qP

Me: “That’s a reasonable take.”