Squash released his new music video for his trending single “Bandulu,” and fans are loving it.

Dancehall artiste Squash 6ix Boss has been premiering grade A visuals and singles since he has been abroad. In his latest quest for consistent hits, Squash dropped off new visuals for his song “Bandulu,” and it is currently the No. 8 trending video on YouTube. “Every gyal love 6ix because we a bandulu / Gyal a do as I say like mi wuk voodoo / 6ix lock the whole place who fool oonu / Long 30 clip inna the Ruger / Head banga, top scamma, mek e mula / Wah ‘mount a duppy deh pon mi computer / 24-inch pon e Bimmer coupe / Gyal a pray to di boss like Buddha,” Squash sings in the hook.

The video edited by T.A.K. was shot in a downtown neighborhood in South Florida. While his goons brandish weapons and blow large puffs of smoke on the front porch of a small-scale home, Squash arrives on a bicycle, much to the surprise of fans who never thought he had the skill. A white BMW convertible sits on the front lawn and is used as the director’s muse for a number of montages throughout the video. 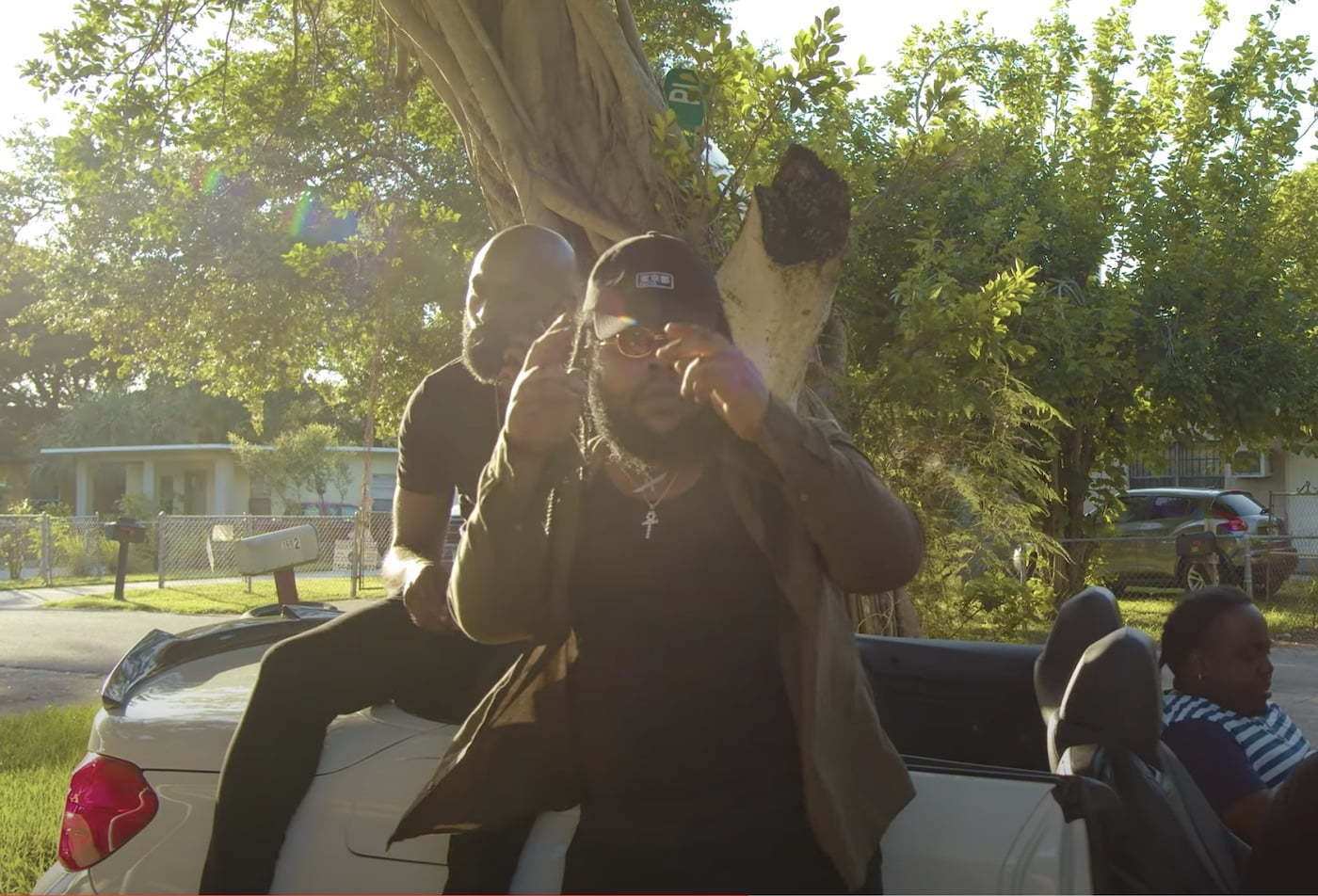 “Bandulu” sees Squash virtually admitting to a series of crimes that preceded his music career and made him rich. “Seh dem a kick the ball not even know the game / Never put the dope fi sale / Never have a boat pon di sea a sail / Before mi buss inna di music millions mi have a save / Check mi accolade / Don’t pass yuh place,” he deejays.

In one scene, Squash is dressed in a straitjacket, white bucket hat, and a mask as he dances in a room full of indoor-grown marijuana. Like some of his other recent music videos, Squash wraps things up on a boat in the Atlantic with some bikini-clad female company.