Yung Miami is single and she and JT are celebrating in true City Girls style.

The City Girls rapper and her baby daddy, Southside, have had their ups and downs during their relationship, but it seems like this time it’s final. The pair got together sometime in 2018, with Yung Miami hinting that she had a new man before finally revealing his identity as the “Some Nights” producer around December of that year. Six months later, Miami, whose real name is Caresha Brownlee, was pregnant with Sizzle’s baby, which was her second and his sixth.

The “Jobs” rapper shared in the City Girls documentary, Point Blank Period: Part 2, how she had feared telling her Quality Control bosses that she had a bun in the oven. “I’m scared cause I know that JT in jail and I supposed to be out here holding down the group and you been going so hard making sure we get everything done… I’m pregnant,” she told QC CEO Pierre “Pee” Thomas at the time. 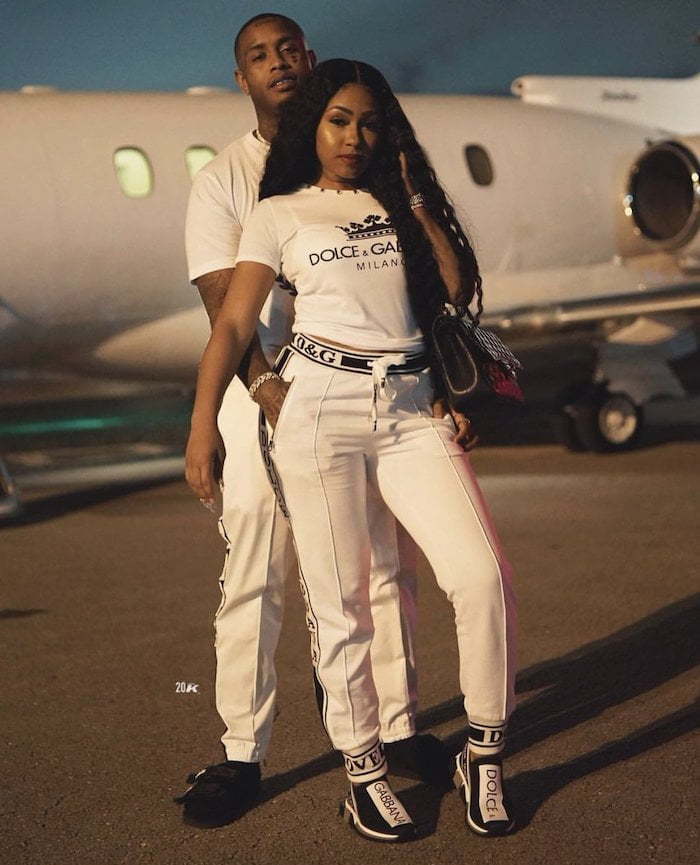 Summer Miami arrived in October last year, and it now appears as though her parents have called it quits — but Yung Miami isn’t shedding any tears over the split. The 26-year-old gathered her girlfriends and set sail on a cruise to celebrate her newly single status. “Cheers to Yung Miami being single,” she said before downing a shot on IG Live, while her friends cheered off camera. Her bestie and fellow City Girl, JT, was all here for it as she tweeted, “My sister is single so we outside! This about to be a hell of a week.” When TSR posted a screenshot of her tweet, JT claimed in the comments that she was hacked, but no one was buying it.

Expect to see evidence of their now-single escapades in the coming days.

Oop! #JT getting ready for the week now that #YungMiami is single ???? (SWIPE)