Popcaan and Dave East are outside in the trenches of West Kingston shooting “Unruly” music video.

The Unruly Camp just gained an honorary member as Dave East touched down to shoot the video for his Popcaan collaboration, “Unruly.” Days ago, East shared footage of him getting the mandatory COVID-19 test to enter the island, determined to do justice to the visuals. Even after his COVID-19 negative results, the American rapper/actor still had issues getting to Jamaica as he was racially profiled on his connecting flight last weekend. After he was kicked out of first-class, East shared the encounter and faces of the crew with his 3 million Instagram followers.

With the worst behind him, the “Checc“ rapper eventually made it to Jamaica and got down to business. He’s chronicled the moments since yesterday, from linking up with the Unruly Boss himself to filming in Tivoli Gardens, the former stomping grounds of Christopher Dudus Coke, who’s mentioned in the song. 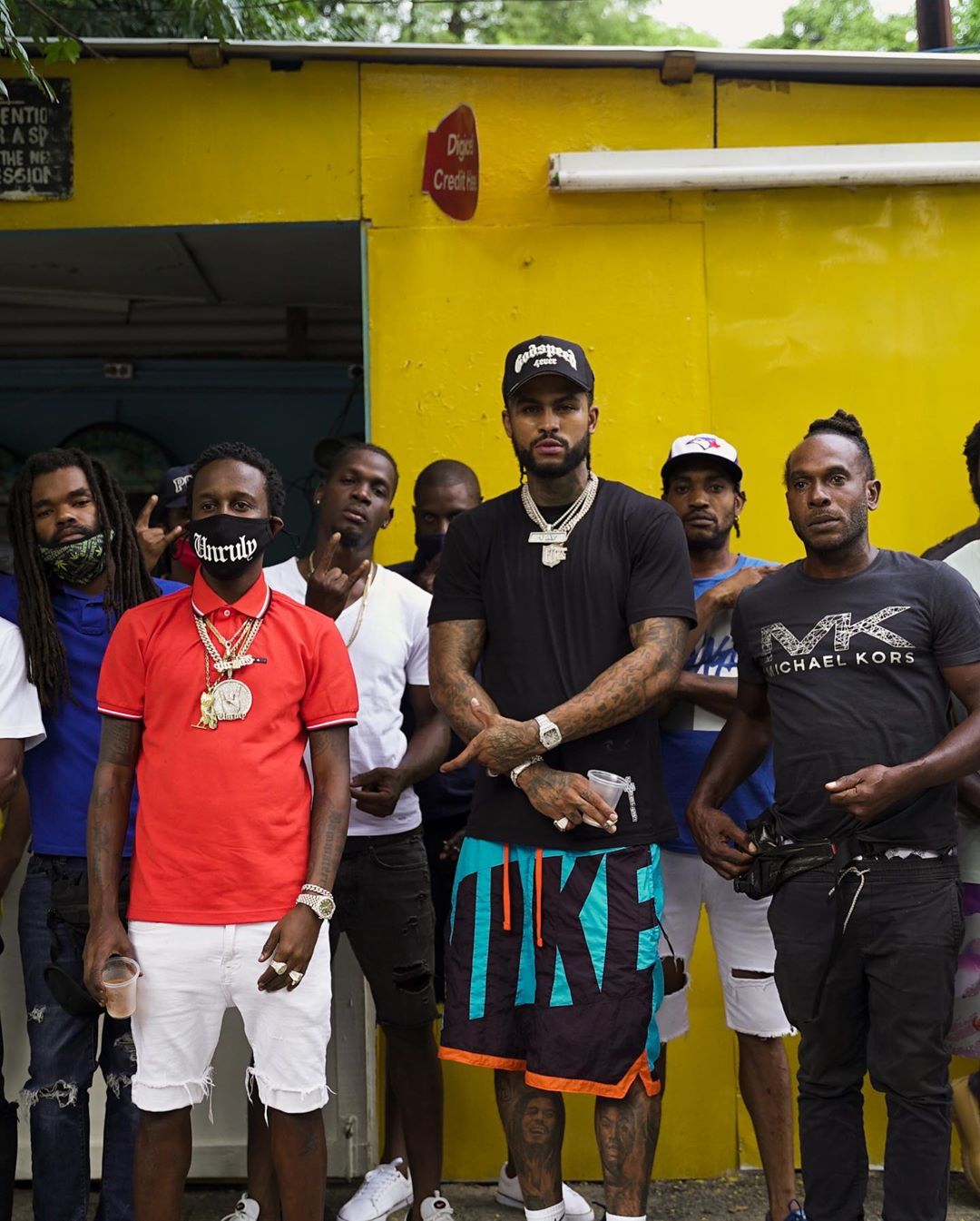 The track is a gritty comparison of East’s own New York streets upbringing with the music and violence-filled streets of Jamaica. “Studying Dudus, you know, Christopher Coke, I’m talkin’ Shower Posse/ Youngin mindset, I catch a body, they gon’ idolize me/ I watched homies die, and that sh*t traumatized me/ We watch ni**as shining, tried to plot the robbery/ You look around, it’s only family/ We landing at Norman Manley,” Dave East raps.

East spent all of Monday capturing scenes with Popcaan and Dre Island, captioning one of his posts, “Run It Upppppp!!! I can not slow down, I ain’t done enough! No green screen! We in the Trenches.” The footage includes several members of the community with East and Popcaan appearing in a few key locations together. Today, Unruly Squid and Dane Ray were spotted on set with the artists, but it’s unclear whether or not they made cameos. Neither artist has confirmed the release date for the finished video, but fans have plenty of behind the scenes material from either artist to mill over for now.