Joe Budden is trending after leaked court documents filed by his former fiancé Cyn Santana reveal that he is in the habit of molesting his dog.

In the clip, which is an extract from an episode of one of Joe’s podcasts, he says, “anybody with a pet – come on, you did a little something down there that makes the dog feel good.” The statement validates Cyn Santana’s account of one instance noted in her application for custody of her child, where she says Budden lacks boundaries. 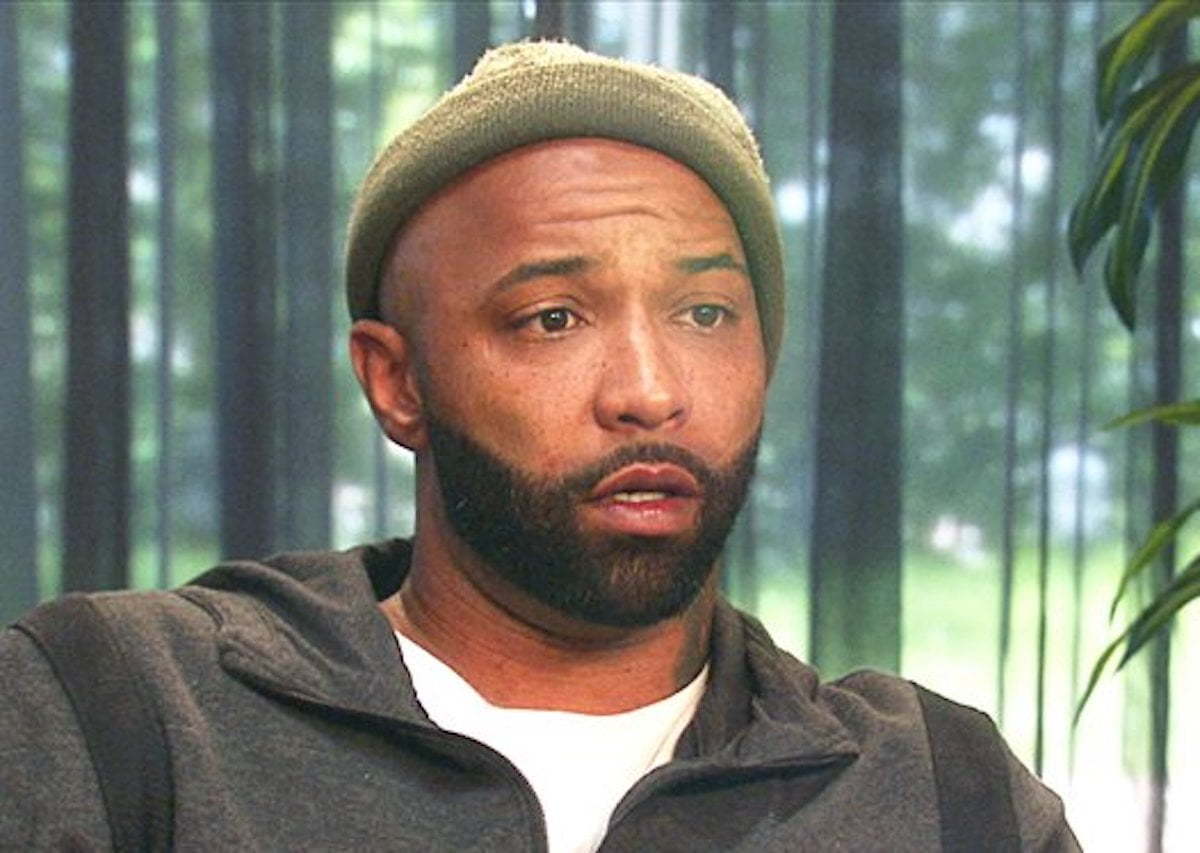 Social media has been blowing up with the disturbing scandal, with fans weighing in heavy on the ordeal. One fan on Twitter wrote, “joe budden admitted to touching dogs parts he belongs to the streets and the animal shelters and jail.” Another noted, “Joe Budden weird af for saying that sh*t about his dog. Even joking, that sh*t is nasty.” It should be noted that the man was not kidding.

As unsettling as the idea is, a lot of controversies surrounding Joe Budden these days have been similarly disappointing and outrageous. One fan pointed out the fact that sadly, the recent allegations against Budden for domestic abuse seemed to fall short on the controversial scale when compared to his bizarre inclination to satisfy his dog sexually.

“Joe budden’s ex has publicly said that he beat her so bad she literally had a miscarriage. his other ex came out last week n said he abused her as well. if it takes him sexually abusing his dog for ni**as to cancel him it’ll show y’all value literal animals above bw,” she wrote.

“Wait a minute, Joe Budden is really out here molesting his dog? And there’s a video? Chile if this don’t cancel him,” another fan suggested. Do you think Joe Budden’s career would sooner be hindered by his history of abuse or his dog ‘lover’ scandal?

What’s more likely. That Joe Budden masturbates his dog and thought it was fine to talk about it or that Joe Budden does not jerk off his dog but made a joke about it. I know people gonna talk about this all day regardless but why are we all ignoring an obvious joke

Joe Budden was jacking his dogs off!????? That's not even surprising. That's some lightskin bald nigga with a beard type of shit.

Hello white people! Did you hear what Joe Budden did to his dog???

Joe Budden is getting exposed for jacking off his dog after he tried to come for me last week ??? https://t.co/oncXrngRtG

Joe Budden is getting exposed for jacking off his dog after he tried to come for me last week ??? https://t.co/oncXrngRtG

Joe Budden does WHAT to his dogs???????? pic.twitter.com/oo2ibeuW1q

Joe Budden really said, “Anybody with a pet, come on, you did a little something down there to make your dog feel good.” That is a filthy, sick man. pic.twitter.com/KC9RhSBw40