Tekashi 6ix9ine says his collaboration with Tory Lanez is an instant hit.

Tekashi 6ix9ine is currently contemplating putting ostracized Canadian rapper Tory Lanez on his upcoming album. In the mids of Tekashi 6ix9ine’s darkest days, Tory expressed that he would still be interested in working with the rainbow-colored hair rapper. Things have a way of coming full circle, as the Canadian singer is the man currently occupying the hot seat after shooting Megan Thee Stallion in both of her feet. While this must be a truly tragic time for Lanez, it seems it is the perfect marketing ploy for Tekashi 6ix9ine.

Going totally against the advice given by Judge Engelmayer upon granting him a full release, 6ix9ine has been trolling like no other, both on the gram and on the streets of America. He recently made his way to the belly of the beast, the deadly Chiraq area of Chicago, where he announced the arrival of his Tattle Tales album on September 4. 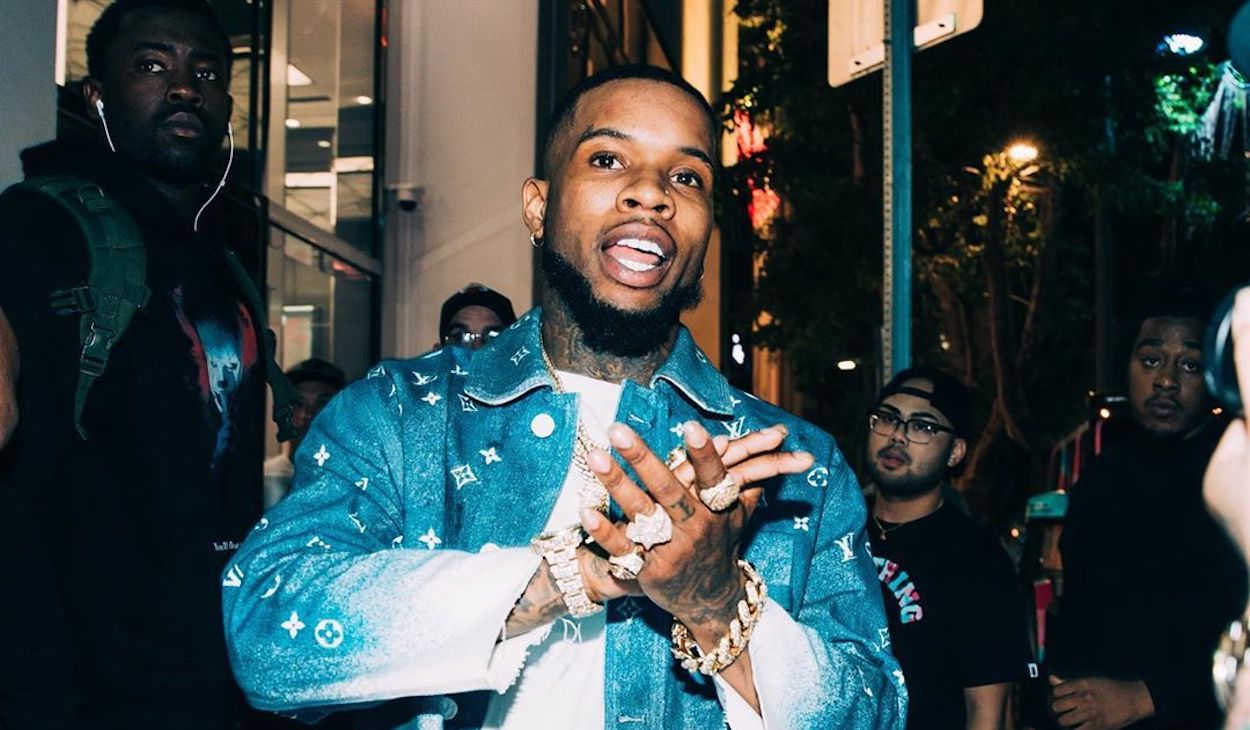 The announcement has only intensified his trolling, taking aim at the likes of native Chitown rappers Lil Reese and Lil Durk. Both men issued their own clap backs, with Durk pulling a nifty move by announcing he will drop an album the same day as the “Trollz” spitter.

Tekashi, who is never short of bold and controversial marketing tactics, decided to conduct a poll surrounding Tory’s inclusion on the upcoming Tattle Tales release. “I got this old Tory record that he cleared for me in 2017,” Tekashi asked on his Instagram Story. “IM WRONG IF I PUT IT ON MY ALBUM??? It’s already cleared and IT’S A F**KIN HIT,” he boasted. 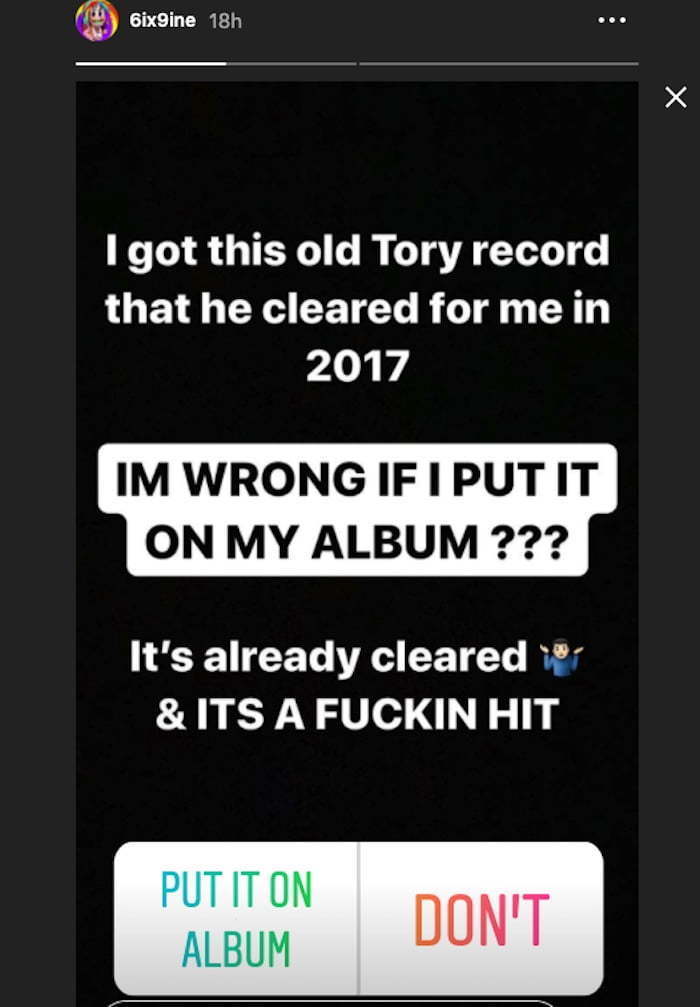 Tory Lanez has been rather quiet on social media since the July shooting incident, even after been publicly pointed out by Megan Thee Stallion. The blowback from the entire incident has been massive for Lanez, who has been kicked off quite a few tracks he was previously featured on. Nonetheless, some fans still have the Canadian rapper in their good graces and are awaiting Tory’s side of what happened on that dreadful July morning. We guess from a PR standpoint, a positive track from Lanez would help his critics to see him in a positive light. Sadly, there is no confirmation of what exactly the collaboration between him and 6ix9ine would be about. To make things even worst, the release is coming from a man who much of hip hop’s biggest heads would much rather disassociate themselves from.

We guess birds of a feather will definitely be flocking together on this one.