Spice delivered a “So Mi Like It” dub for her friend, MP Lisa Hanna, despite Vybz Kartel sounding off about artistes record dubplates for politicians.

Lockdowns haven’t stopped the progress of a number of dancehall artists, especially those recording dubplates for general election contenders. The latest contributor is the Queen of Dancehall herself, Spice, coming through with some specially revamped lines for her close friend, South East St. Ann MP, Lisa Hanna. The remixed “So Mi Like It” sample was posted early on Saturday morning as the countdown to the September 3 general election gets well underway. Adding to her “Trending Gyal” dubplate from popular songstress Shenseea, Ms. Hanna now has the biggest forward, so to speak as both sides clamor for influence and clout before the big day.

The current campaign method has drawn criticism from civilians and entertainment industry players alike as outright gimmicks and hypocrisy. While lamenting how such serious affairs have become sport and stunts, heavyweights like Vybz Kartel reminded his cohorts of the oppression and contempt politicians have always meted out to dancehall culture. The clap backs and concern aren’t likely to stop the trend, however, and Lisa’s custom campaign song from the “Cool It’ diva is almost as catchy as the raunchy original. 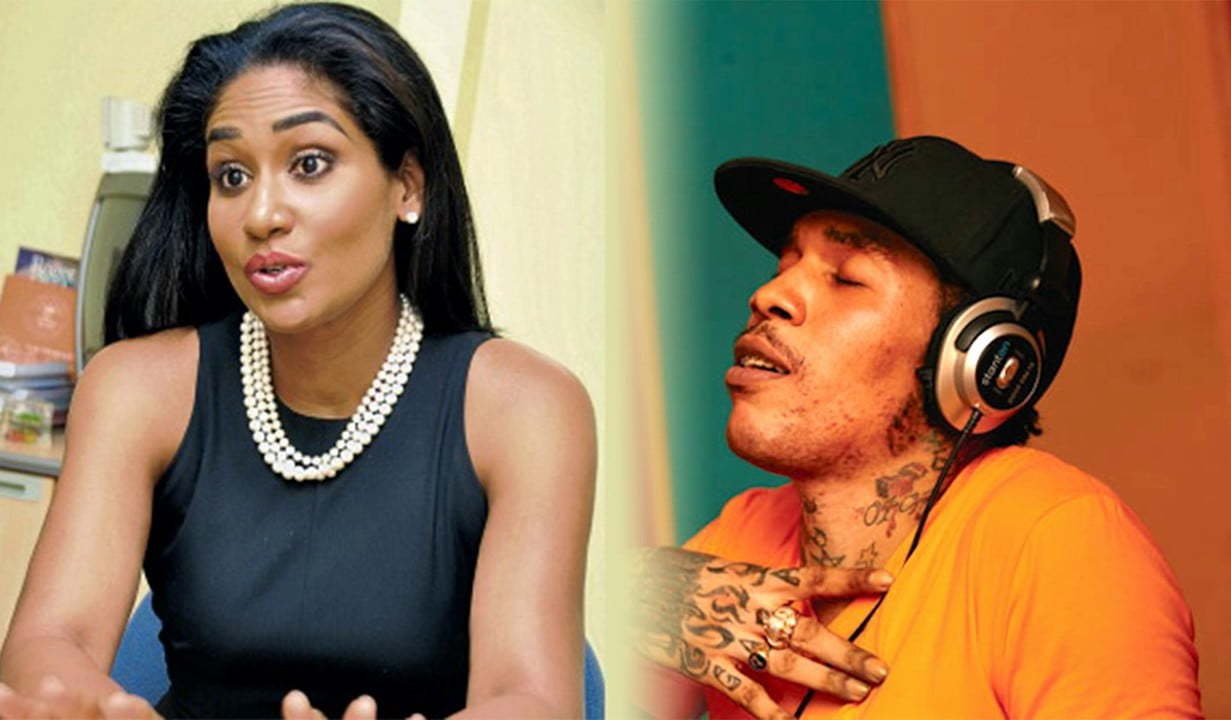 Spice’s endorsement was delivered in a creative video edit of Ms. Hanna in her political element and among her constituents. In just over a minute, the fiery deejay delivers Lisa’s track record and manifesto with her usual gusto. “Lisa Hanna none ah dem right now cyah defeat/ Fix up the place, St. Ann look sweet/ No long talking she ah work fi di street/ Ms. World ‘93, ye, she dweet/ Boom it an ah kotch it, Lisa fix it she nuh chat it/ When she walk out pon di street she full ah style she neva drop it/ Articulate she got it, full ah class she neva skip it/ Dress sophisticated but nuh cross di line, she know fi wop it.”

Although Spice is a huge World Boss proponent and a member of dancehall’s monarchy, her close ties with the MP apparently blurs enemy lines and takes precedent over critique. “Lisa Hanna, big up yuhself, Queen seh dat. Yuh know seh mi did waah talk up some more sumn an’ gwaan wid miself but mi did haffi keep it nice and cute. Respec’, boom!” she added at the end of the clip. The two are known for their friendly and encouraging social media exchanges, and the MP dubbed her blue best friend, the “quintessential renaissance woman” in her birthday caption just weeks ago.

Spice now joins Teejay, Jahvillani, Shenseea, Stylo G, Dovey Magnum, and Chris Martin as artists who’ve tweaked one of their tracks to help politicians enlist support from the overwhelmingly young electorate. As we’re weeks away from the announcement of an official winner, we’ll keep you posted on how all this plays out.