One of Bob Marley’s granddaughters, Selah Marley, is speaking out about her upbringing and fans are reacting with mixed views.

Selah Marley, the daughter of Lauryn Hill and Rohan Marley, has faced backlash for her IG Live session detailing the punishment and trauma her parents subjected her to as a child. Letting on that she’s currently healing from those past episodes, she shared that her mother was “angry and unapproachable,” adding that the R&B songstress was “on the slave owner s***” due to the severe beatings she gave her kids.

Many who caught clips of the rant, however, were more shocked about her choice to air out her family than her distress over the treatment she received. Not taking kindly to being misconstrued, she clapped back at the Shade Room blog for their one-sided repost, making it seem like she was ungrateful, negative, and petty. 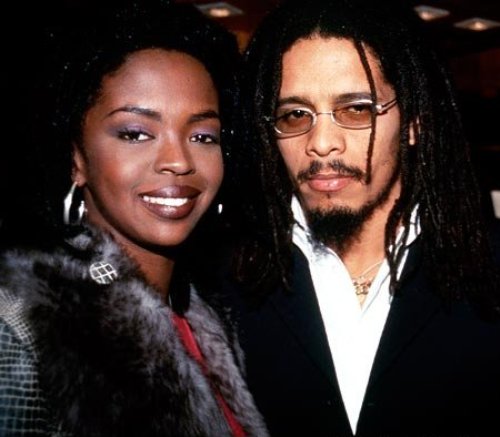 Selah explained that being raised in a famous family wasn’t always rainbows and sunshine and that she’s still haunted by a few of her experiences. Her mom may be one of the best hip-hop songbirds in history, but there was nothing sweet about her earliest memories. “She was just very angry. She was very, very angry. So so so so angry. She was literally unapproachable, not easy to talk to.” The singer and artist stated that while her mother is an amazing woman, “she obviously didn’t do everything right” and proceeded to divulge the ways in which she and her four siblings were disciplined.

The 21-year-old stated that Lauryn would send her to “go get the belt, the switch, this that” which for her, “felt like walking to your death.” Adding that she still dreads the sound of the belt to this day, she spoke of the various means, including threats that were used by Hill to keep them in check.

When it came time to discuss her father, however, she told a totally different story, lamenting that he was hardly at home or in her life. ‘There is a void where there should be a person,” she said, suggesting that although it wasn’t a physical threat, his absenteeism left her emotionally scarred. Citing her parents’ frequent arguments and that “they didn’t really get to know each other” she says she “actually didn’t see much peace” in her upbringing.

#PressPlay: #LaurynHill’s daughter #SelahMarley recently opened up to her followers and spoke about some of her family experiences!! (SWIPE)—(?: @gettyimages)

Maintaining that she meant no ill towards her mom and dad, Selah said the point of speaking on her mom’s abuse is that “I don’t think she realizes how much that s*** affected me.” She talked about her own toxic behavior in relationships, saying she feels it’s directly influenced by what she saw growing up. However, the internet wasn’t here for her version of events, arguing that what she went through is normal for black children, especially those of Caribbean heritage.

Some users were understanding—”Kids will hurt when one parent or both parents are absent. We need to fix the curse of broken homes”, but the general sentiment in the comments was—”Whelp, sounds like you grew up regular degular pooh lol we all got threatened and whopping, she needs another one for making this damn video.”