Beenie Man, Bounty Killer, along with several other dancehall artistes, are calling out Billboard to change its Verzuz cover.

Barely a week after the island’s Supreme Court upheld the banning of dreadlocks, Billboard threw in its own brazen bid to undermine the inescapable influence of Jamaican culture. The international music chart fell down in its write-up on the impact of the Verzuz Battle series, the Swizz Beatz/ Timbaland brainchild that’s delivered us from boredom as the pandemic drags on. Somehow, the virtual event’s most prolific pair yet, Beenie Man and Bounty Killer were left off the cover art entirely, despite the staggering number of views and overwhelming entertainment value.

Maybe Billboard’s writers weren’t among the over 500,000 persons tuned in on that eventful day in May, including The Jamaican and Bajan Prime Ministers, Rihanna, and countless veteran and nascent stars. Perhaps they thought that we’d already forgotten about the one experience of 2020 that we could all agree, deserves a repeat. Either way, Jamaican artistes are crying foul and speaking out loudly against the hurtful but unsurprising move. 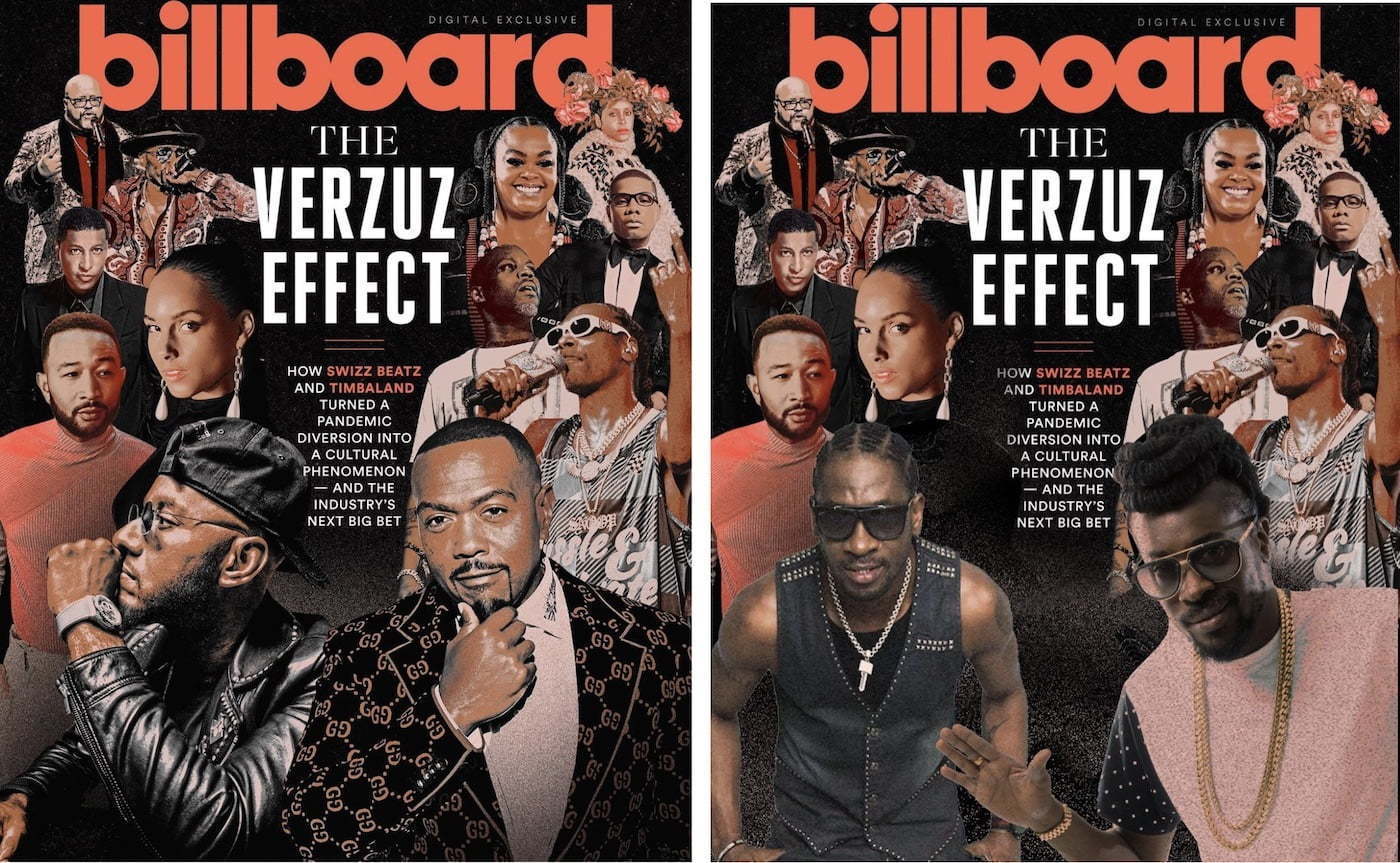 Dancehall music is historically sidelined and snubbed, seen as an exotic meal ticket for culture vultures that rarely give the genre its due. Though unfortunate, this latest insult isn’t new to the ‘warlord’ or ‘king of the dancehall.’ Since our last report, the #TimeNow hashtag has been started to “demand the same opportunities as other genres ESPECIALLY BECAUSE WE ARE THE SOURCE,” according to Beenie Man.

Bounty Killer, who is notoriously more colorful in his expressions, has since called Billboard executives “some d*** riding hypocrite groupies [that] conveniently forget the reality but dem cyaah stop di glory with a fraud story.” The caption was seen on a repost of Billboard’s May 24, 2020 headline in which he was tagged that read, “The #MemorialDayWeekend “Soundclash Edition of #Verzuz between @KingBeenieMan and @grungaadzilla was easily the most exciting and entertaining yet.”

For now, the Swizz Beatz photoshopped version of the cover art and nod of gratitude will have to suffice, but key players in the Jamaican music insist they’re not backing down against Billboard’s thinly veiled diss. The #TimeNow movement is lobbying for recognition and equity for Dancehall music across the board. “For decades we have been waging a battle for slots at commercial radio. When streaming arrived we hoped for a level playing field but it seems we have a bigger fight on our hands. We are left on the outside while the party is going on inside. #TimeNow you opened the door and let us in,” the statement read.

#TimeNow #FixUp We don’t necessarily want recognition, we want the same opportunities as other genres ESPECIALLY BECAUSE WE ARE THE SOURCE.

It continued, “Great people work at the DSP’s and media platforms who tell us how much they LOVE Dancehall, Reggae and Jamaica. Why are we not feeling the LOVE? #TimeNow to have curators, programmers and decision makers at these platforms who are a part of our culture and will actively promote and support it. #TimeNow DSP’s pay us what we deserve for streams in the region. Our music is seen as spice to flavour Awards shows. We need to be on the main menu. #TimeNow for us to get the nod. #TimeNow for you to remove us from the imaginary box you have us in.”

And not just billboard The culture VULTURES TOO