Corey Todd was the victim of a robbery incident involving his Range Rover.

Corey Todds, who manages dancehall star Masicka, became the victims of a recent burglary when their South Florida home was broken into and their white Range Rover SRV was stolen. A high-speed police chase ensured shortly after which saw the robbers crashing the SUV. Both thieves were apprehended shortly after the accident. According to Corey, “My daughter said she heard something outside, then said, ‘where’s daddy going with the car so early?” The question prompted the senior Todd to investigate what was happening. However, he was met with an empty parking space after reaching outside. The Florida police were made aware of the theft.

“Later, we heard that the vehicle had crashed in a tree while trying to evade the cops, a man and a woman were injured, the woman is in a critical condition, and the man is also hospitalized,” said Corey.

Corey Todd currently manages dancehall artiste Masicka and is the owner of the Taboo nightclub chain in Jamaica. He is also known for his business dealings with Vybz Kartel, which included the now-defunct Da Building night cub, Street Vybz Rum, and other business ventures. He also previously partnered with Konshens in their failed attempt to establish the Konz876 shoe line. 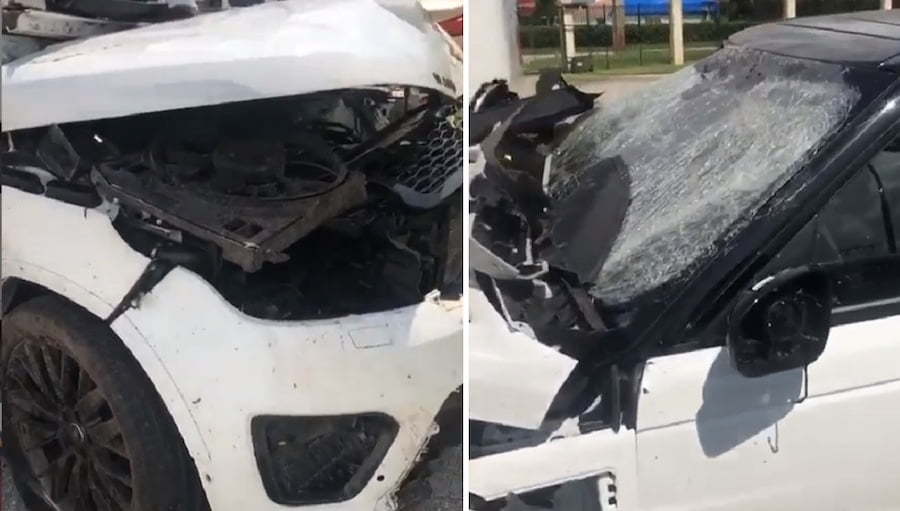 Corey’s wife, Shemara Todd, who currently serves as a manager under the Todd Talent & Management wing, shared a video to her Instagram page showing the extend of the damages to the totaled SUV, which is reportedly valued around US$115,000. She took to her Instagram Stories two days later to express her annoyance in driving her Rolls Royce instead of her preferred Range Rover.

“It could be worse,” was the caption shared in her initial post, which is an immediate reminder of the near-tragedy which almost befell her two years ago. The 2018 incident saw two motorcycle-riding gunmen peppering her car with bullets before crashing into a fence. A large sum of cash was also stolen during the attack. Luckily, Mrs. Todd escaped the attack with her life intact and was able to recover from her injuries.

In 2014 Corey became the victim of an early morning attack in Montego Bay, which left him nursing gunshot wounds after two robbers attempted to relieve him of cash during closing hours at his Taboo establishment in Montego Bay.