Multi-platinum and diamond producer, the likes of Jack Harlow and Pop Smoke, JW Lucas, is being dragged for tasteless and tone-deaf surrounding the circumstances of Breonna Taylor’s tragic murder. While insisting that she shouldn’t have lost her life, Lucas made allegations that Taylor ”was involved with multiple drug dealers who were using her house as a trap spot,” adding that police were “may have mishandled the raid, but were ultimately “doing their job.” Despite widespread reports that the police raided the wrong premises and no drugs being found in any case, Lucas still went wild with the same propaganda that possibly led to her death.

Making a name for himself churning out beats for big names like Lil Uzi Vert and DaBaby, Lucas’s most recent trending production is a series of downright disrespectful and racist tweets essentially justifying Breonna Taylor’s home invasion and killing. Though his fortune flows from the predominantly black urban scene, he casually enquired, “Why in the world is anyone asking for justice for #BreonnaTalyor”, saying the “punishment the world is calling for” is baseless as the officers “have families as well”.

It’s obvious Black Twitter wants him cancelled, but what’s more, is their demand for his industry peers and clients to hold him accountable for the callous comments. He’s only doubled down since the backlash began, at one point called himself a “real activist” and lashed out at #BLM and gun control proponent Tamika D Mallory after jumping on IG Live to defend himself earlier. He argued that he should be a leader in the BLM movement because he’s more capable than her. He barely gave the social justice leader a chance to speak, talking over her, cutting her off, and accusing her of not understanding the “nature of reality.”

For someone whose “intent is always out of love and real progression,” he couldn’t have done a more backward and controversial thing. From PR guru Savannah Britt to The Shade Room, the calls are growing louder for the heritage denying white ‘culture vulture’ to get the boot. It will be hard to get rid of him—his co-produced tracks “Whats Poppin” and “The Woo” are currently Top 10 on Billboard—but not sad, as a racially charged climate has no place for the self-absorbed. His Genius profile puts him as ‘an American music producer and gambler,’ and for fumbling with such high-risk stakes, he should pay the ultimate price.

Jack Harlow, hearing his good Louisville name being tarnished in the Twitterverse, has since stepped up to the plate. The “boy genius” who’s been vocal and present at Breonna Taylor protests in his Kentucky home state recently tweeted, “I’ve never met or spoken to that JW Lucas person. And he didn’t even produce WHATS POPPIN. Jetson and Pooh made it. That’s all.” We’ll be sure to keep you posted as this saga is white hot and not bound to fizzle anytime soon. 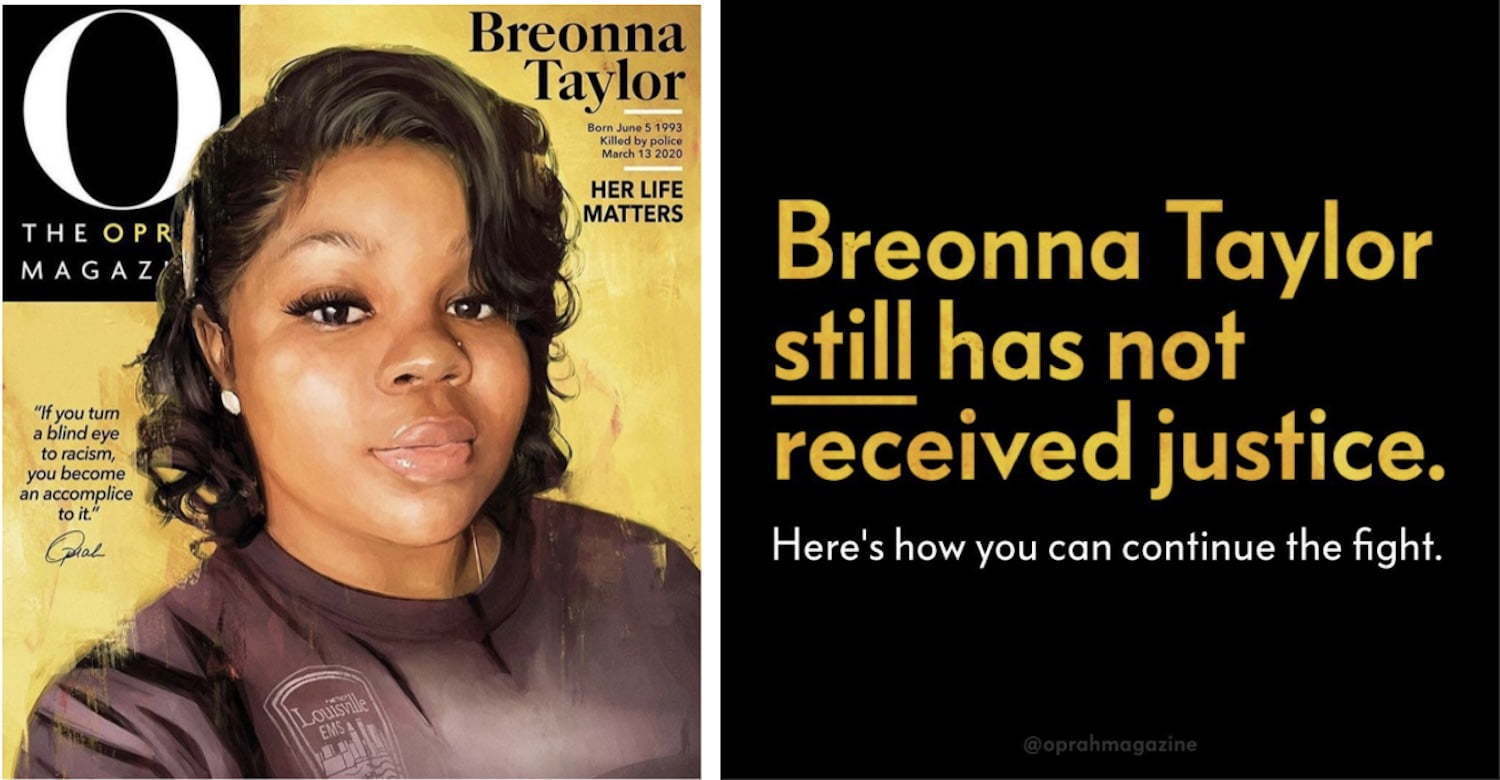 It’s been 141 days since Breonna Taylor was brutally and senselessly murdered in her home. Protests and public outcry have not dimmed one day since. The outpouring has seen immense celebrity support, and just yesterday, Oprah magazine announced she’ll be honored in their September issue, marking the first time in its 20 year history that Winfrey is not featured on the cover.

It is terrible Breonna lost her life, and as I said earlier I believe the cops may have mishandled the raid and been to aggressive after being fired on. With that being said what is the punishment the world Is calling for. Those men were on the job and have families as well

If I angered anyone with my tweets regarding the Breonna taylor case I do apologize. My intent is to point out the miss information regarding the case and to bring awareness that this case is being sensationalized for politcal purposes and to cause confusion near an election

Clearly this isn’t a game to me I’m not out here campaigning for trump or trying to be a sensationalist myself. My entire message is that we have to unify out of love and cooperation If you havnt heard me speak daily or the overall tone of my ideology stop with the bullshit #love

My intent is always out of love and real progression. Life isn’t a fairy tail and it’s tough conversations that lead to change.The wolrd needs to unify out of love and stop being confused by political propaganda . Anything other than cooperation is unacceptable in these times

Do not spin my words… I clearly said she did not deserve to die. That is not a consequence anyone should have to deal with under any circumstances. I do feel for her and her family. I don’t want people to distracted by politics…. we have to unify

There has to be consequences for people selling crack or any hard drugs to our communities. I clearly stated that her dying was not acceptable. Having your house raided is part of those choices. I hope people can understand the intent behind my tweet

JW Lucas actually amazes me how can you be in such a predominantly black industry and still find any way you can to justify the killing or defend the killers of an unarmed SLEEPING black woman?

JW Lucas is another example of why Black folks & Hip Hop in general need to stop allowing outsiders to feel like they got the right to comment on any damn thing involving the culture. You were a guest & now you’re excused. #JusticeForBreonnaTaylor pic.twitter.com/sItmedhkhG

I just watched the interaction between JW Lucas and Activist @TamikaDMallory.
This white man really said ‘I should be a leader in the Black Lives Matter movement because I’m more capable than you’
He’s the definition of white entitlement, white defensiveness, and white ignorance.

JW Lucas is another example of why Black folks & Hip Hop in general need to stop allowing outsiders to feel like they got the right to comment on any damn thing involving the culture. You were a guest & now you’re excused. #JusticeForBreonnaTaylor pic.twitter.com/sItmedhkhG