Losing a loved one, especially your mother, is never an easy fete, and for many, losing a mom proves to be one of the most gut-wrenching pains ever felt.

Jamaican entertainer Capleton was recently made to experience this when he buried his mom, Mabel Downer-Forbes, affectionately called ‘Mama Live’ last weekend. During the funeral ceremony, which was held at the International Church Of The Foursquare Gospel Church in St Andrew, King Shango gave a moving tribute when he sang “Mama You Strong.” The song, which boasts multiple words and phrases of adornment, proved to be quite fitting for the send-off.

“Mama dis son won’t let you down / I promise you Mom, I won’t make you frown / Mama wish come, on solid ground / Knowledge / and Wisdom make us profound,” recites the ‘Fire Man’ in the reggae number released nearly a decade ago. 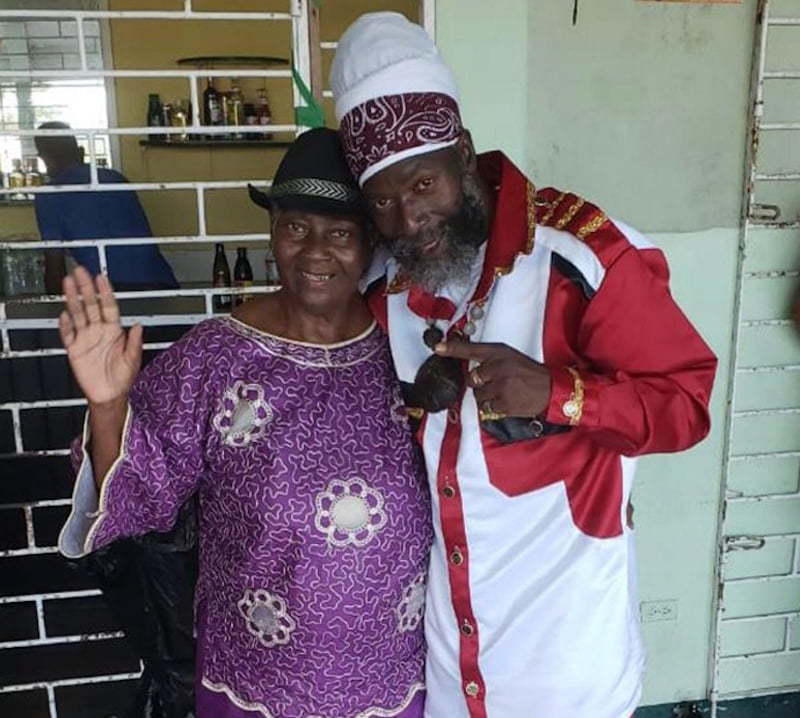 “I had some real memorable moments with mom, she saved me from drowning when I was just 7,” Capleton said. “I fell into the river, she had told me to leave the fish alone, but you know how kids are, when her back was turned, I fell in, and when she realized, I was about to take the last gasp, the powers of the Almighty told her to look around, and she jumped in, saved me, she even pumped my belly, and the water ran out of me.”

Capleton revealed that when he regained consciousness thats when he saw how much his mother loved him. Downer-Forbes also plucked the “Raggy Road” deejay from the clutches of poverty approximately six years later.

“I had gone away with my dad to Islington, and I ended up on the street, it was hard, I was about 12 at the time. She had come to the Islington for a funeral, the whole community was there, she picked me up in a bus that came to the funeral,” the reggae singer said.

“I was so afraid and ashamed to face her, my pants were ragged, no strings, my shirt had no pocket, no sleeve. I didn’t want her to see me in that state, but she hugged me and cried, and everyone in the bus was crying, I was trying to tough it out, but the emotion, the way she hugged me…it was too much,” an emotional Capleton recounted.

While he thanks members of the entertainment sector for their support during this difficult time, he knows that losing his mom is one of the hardest burdens he has encountered.

Capleton also expressed his hurt from losing his mother with whom he was very close with, but he takes comfort in knowing that she is in a great place with the creator.

‘Mama Live’ passed away suddenly on May 28 aged 73 after battling diabetes.