Soulja Boy has proven that nothing is eternal — even a tattoo.

Soulja Boy is no stranger to inking his face, but one tatt, in particular, was causing him grief, and it appears he’s now had it removed. Amongst the designs on his visage was the Gucci logo in the center of his forehead. The “Trappin Out Da Mansion” rapper was quite obviously a huge fan of the Italian brand to have its symbol permanently imprinted on his face, but the love affair came to an end last year when Gucci released a sweater that many felt resembled blackface due to the knit’s balaclava design.

Soulja Boy said he had felt disrespected by the brand, which he had spent millions on over the years and joined other stars in boycotting the fashion house. As for the double G’s slap-bang in the middle of his face? Soulja told TMZ that his plans for removal were already underway. “I’ve already started the process,” he said. “I’ve got to go back two more times. I’ve already been three times.” 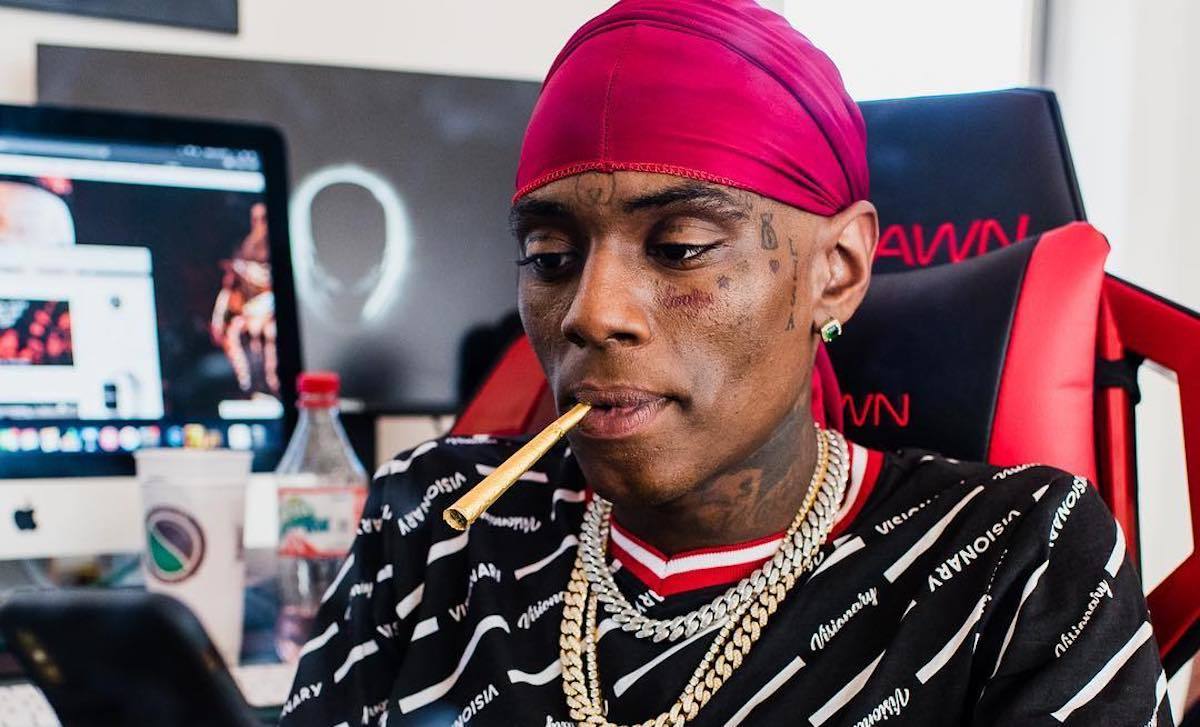 Based on the rapper’s latest Instagram video, the fifth time was the charm. The Gucci logo is clearly missing from his face as he tilts his head in all directions towards the camera. While he was at it, Soulja Boy seemed to laser off some of his other face tattoos as well, and Insta approves. When The Shade Room shared the video, the comments stated that the Atlanta artist (who turns 30 on Tuesday) looks younger and healthier.

The new-look may symbolize a new start for Soulja, who spent a few months behind bars and whose fans are still waiting for his fifth studio album. In the meantime, he has been requested by social media to take on Bow Wow in an online Verzuz battle.

#PressPlay: Okay!! #SouljaBoy out here without some of his face tatts! ? Is he one of y’all #TSRZaddys or nah?