Look out for a new dancehall single from Akeem Walker, aka Ghetto Michael Jackson.

Armed with his own unique dance moves, a plethora of hits, and creatively crafted sound effects, Michael Jackson was like no other. The former Jackson 5 frontman was and remains the gold standard for pop, which has made him the greatest entertainer of the modern era according to countless reviews. Jamaica’s very own Ghetto Micheal Jackson seems ready to achieve such honors as he positions himself to become the standard for wholesome entertainment on the island by taking on the big three; singing, dancing, and acting.

The public figure first started making headlines approximately two months ago when videos of his dancing skills began circulating around social media. 21-year-old Akeem Walker, who personifies the King of Pop as since been spotted all across the island chilling, and sometimes dancing with some of the biggest names in the industry. One move that saw Ghetto MJ inching closer to the sweet zone of the industry was when he was captured partying with a few skimpily clad females while working on the set of Skillibeng’s upcoming music video.

“Mi get better and better at this every day. A Skilli get in touch wid me to put me in the music video and mi enjoy mi self so much. Mi was born for dis and now mi time come, mi ready,” he said. 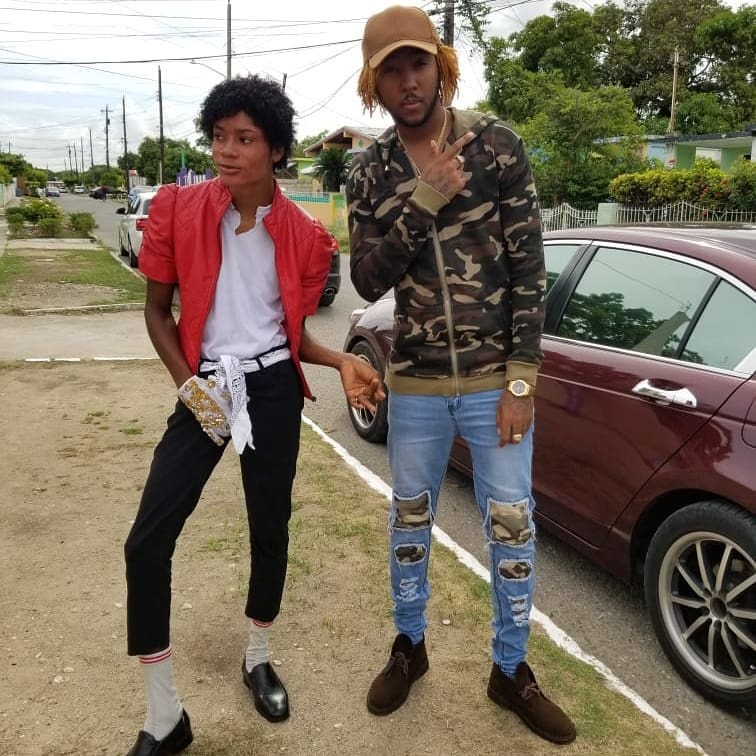 With his acting credits now secured, Ghetto MJ has set his eyes on his music career. “Di girls dem love me. Every weh mi go dem just a shout ‘we love you Michael’ and a faint. Dem love the dancing but mi a go gi dem even more fi love when di music start drop,” he said in reference to his upcoming debut single “Can I Get A Pic.”

While his dancing skills have been touted as acceptable, some fans have expressed doubt in his abilities as an artiste, even without the official release of the single. After observing a short video of the entertainer dancing away to the beat of what is presumed to be his upcoming song, at least one viewer had this to say: “y’all need to send him back to school! Cause me no know a wah kinda song this.”

However, his manager Wessy Wessy is more than confident that the young entertainer is gifted in the area and deserves a place among the top figures in the business.

“From him start get the regular interviews, him free up and start get more into him thing. One time yuh used to affi direct him and thing but now di man natural. Everything just a flow, it a come easy to him. The video him do the other day fi Skilli, not even Skilli did inna it. A just the yute alone run it off and dat alone show yuh say him have it. Now we a work pan our solo thing. We do the song and it a go come out by now and next week so the world can look out fi dat,” he said. “From wah day him a practise hard, him a sing hard. The song is a gyallis song because di girl dem love Michael. Inna it him say ‘G irls just a faint, when dem a go stop. Can I get a pic? Can I get a pic?’ It a go crazy. The song bad. It a go run the place.”

Summer is upon us and promoters have now been giving the green light to host events therefore, Ghetto Michael’s debut in the coming week could not have arrived at a more opportune time.

When he burst on to the entertainment scene some two months ago, managers of internet sensation Ghetto Michael Jackson vowed to turn him into a triple threat. He will be looking to jump-start his musical career when he releases his first single, Can I Get A Pic. "Mi get better and better at this every day. Mi was born for dis and now mi time come, mi ready," he said. "Di girls dem love me. Every weh mi go dem just a shout 'we love you Michael' and a faint. Dem love the dancing but mi a go gi dem even more fi love when di music start drop." @jamaica_ghetto_micheal_jackson Read FULL STORY on our IG STORY