Fans dump on Travis Scott, “Without T-Pain, there is no Travis Scott” after the Florida singer shared a story of him being ghosted by the “Sicko Mode” rapper.

T-Pain is widely renowned as the King of Auto-Tune. He has had an extremely successful career, and he boasts numerous hits under his belt. He has opened the door and paved the way for many of the artistes we now know today. His beats are legendary, and his production and songwriting skills are top-notch. Sadly, in recent times, the singer has been severely underrated with his tour sales tanking, he has been on the receiving end of disrespect from the younger generation. Now it seems that fellow rapper, Travis Scott, can be added into that group following a studio session in which he just didn’t show up.

Speaking to his followers on a recent Twitch stream, T-Pain related the disparaging news. He stated that he had asked Travis to come to the studio so that they could work on music beats together. Travis then asked him to get additional speakers as he wanted the creation to be loud. T-Pain heeded his request and proceeded to rent speakers at the cost of $500 per day. Sadly, Travis Scott and his team were not impressed with what T-Pain had showcased.

“F**k it, I don’t f*cking care. Muthaf*ckers don’t give a f**k about me, so I don’t give a f**k about muthaf**kers reputation. That sh*t don’t bother me at all. I’m just trying to be nice, but that sh*t ain’t in my blood anymore because muthaf**kers ain’t been being nice to me for the last 3 to 4 years. He (Travis Scott) was in there chilling and boom got speakers same night. I was showing him beats, he didn’t really like em. Then he started showing me sh*t from Astroworld and I was like well…obviously nobody just has that kinda sh*t ready to go Travis. What the f**k man?” T-Pain stated.

However, T-Pain was undeterred, and he used the rejection as motivation to come back with something fresher, this is where Pain officially asks Travis to record the track and Scott obliged. In a turn of events, Scott did not follow up on his agreement, further disrespecting the auto-tune singer by not even showing up to the studio. With his speaker rental bill steadily increasing, T-Pain came to the stark realization that he was being played, Travis had properly ghosted him. The “Highest In The Room” rapper had no intention of working with him, and his active social media presence further confirmed that throughout the time. 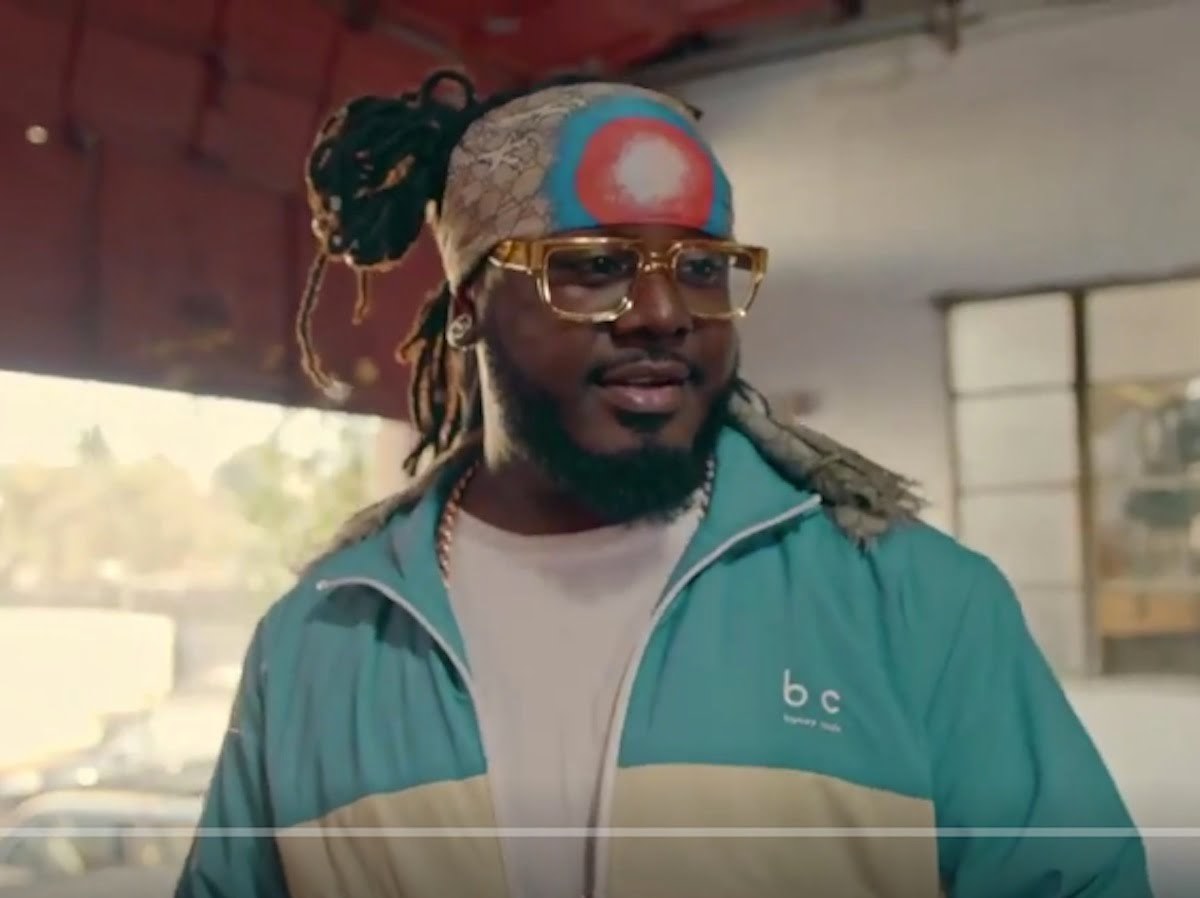 Divulging the embarrassing episode T-Pain elaborated, “I’m like you want these kinda sounds, I ‘mma put these over there, and I’m just moving my mouse around on my computer and I turn around and everybody in the room dead sleep. Knocked the f**k out. Travis is somehow also asleep standing up. Don’t know how, can’t f**king tell you. Don’t know what the f**k happened. I was only talking for like three or four minutes. I couldn’t believe.”

He explained that he tried to reach out to Travis, but no one could get ahold of him, “Nothing, not one thing. With me! Nothing from Travis Scott’s team. But Instagram, Tik Tok, Twitter, Facebook, everything fully active whole time. Didn’t skip a goddamn beat. I seen that he was on Fortnite. Hit him up on private chat, nothing. That’s cool.”

Although T-Pain was jolly as he laughed while he recounted the story, you could tell that it was a bitter and sad experience on his part. Since the damning revelation fans have spoken up about Travis stating that his disrespectful behavior is no surprise based on his character, calling him a “b*tch” and a “h*e” in the process.

With comments such as: “Always thought Travis was a b*tch, T Pain gets so much disrespect its crazy man. Pioneer of this new sh*t and gets nothing but disrespect, kills me man”/”Travis a h*e for that fr.” / “That’s messed up. If not for T Pain bringing back auto tune there would be no Travis.” / “Sounds like something Travis would do, but damn at least reimburse the ni*ga.”

It’s such a shame that T-Pain has to go through such sad incidents as he is truly a heavyweight and a trailblazer in the music industry.