Pusha T and Young Thug are suddenly beefing and it’s all over a verse dissing Drake.

Fans have been pumped since the release of Pop Smoke’s new album, already looking forward to the soon to be released deluxe edition which promises even more unreleased tracks. However, one of those songs, a collaboration called “Paranoia,” featuring Gunna, Pusha T, and Young Thug, has been causing a stir as the alleged Drake diss in Pusha T‘s verse does not sit well with the Slime boss. Young Thug was apparently unaware that Pusha was roasting his longtime rival in his bars and has made an attempt to distance himself from the subliminal jabs in his Instagram stories.

“I don’t respect Pusha T verse on the song with me and Gunna cause I don’t have nun to do with y’all beef nor does Gunna, and if I knew that was about him I would’ve made changes on our behalf…this rapper sh-t gay.” Of course, it didn’t take ‘King Push’ very long to clap back, summing up what really went down and calling for his verse to be cut from the track ahead of the release date. 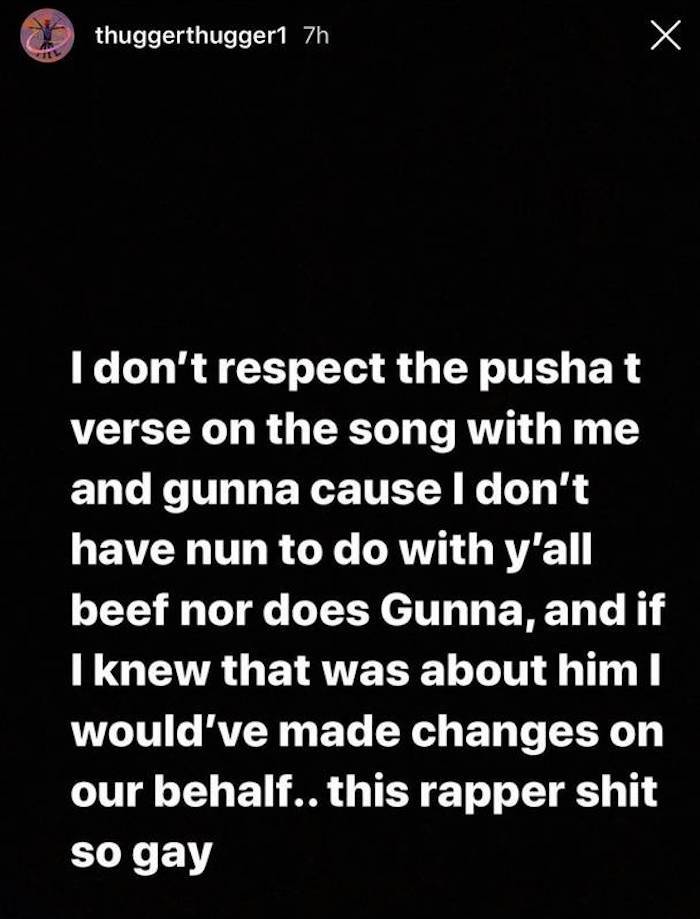 The deluxe copy of Pop Smoke’s Shoot For The Stars Aim For The Moon album will allegedly be released on July 20, which would have been Smoke’s 21st birthday. However, if Pusha T gets his way, it won’t feature his verse on the collaboration where he threw shade at Drizzy’s many accents plus allegations that he set up a stage-crashing at the Clipse rapper’s 2018 Toronto show.

“You know reality bites/It’s chess not checkers/Those empty threats only sound good on your records/If the patois is not followed by blocka/It’s like marked for death Screwface, without the choppa/Let ’em rush the stage when you made like Sinatra,” he spits. He even mentions wanting to “buy a home out in Mississauga”, the neighboring city to Drake’s native Toronto, but the back and forth and borderline threats seem to have rubbed Young Thug the wrong way. 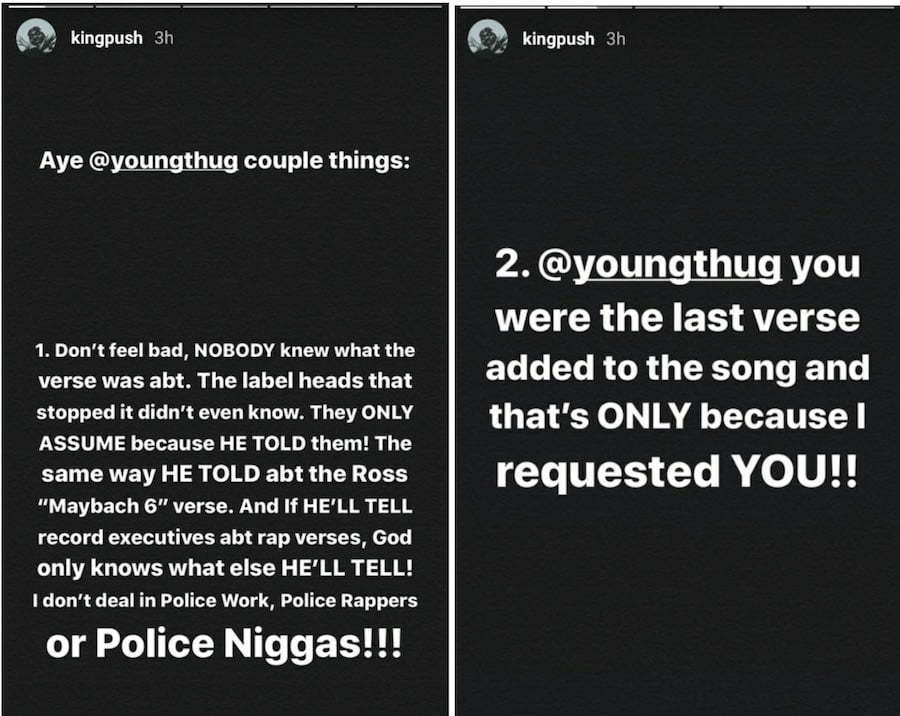 By Tuesday morning, Pusha took to the same medium to publish his response, setting Thug straight, essentially calling Drake a snitch and rehashing a similar experience where his verse was cut from Rick Ross’ album some years ago. Pusha T insisted that no one knew what the verse was about, and proceeded to blame Drake for calling the label to file a complain.

“The same HE TOLD abt the Ross’ Maybach 6? verse. And if HE’LL TELL record executives about rap verses, God only knows what else HE’LL TELL! I don’t deal in Police Work, Police Rappers, or Police N***As!!!” Pusha rants. 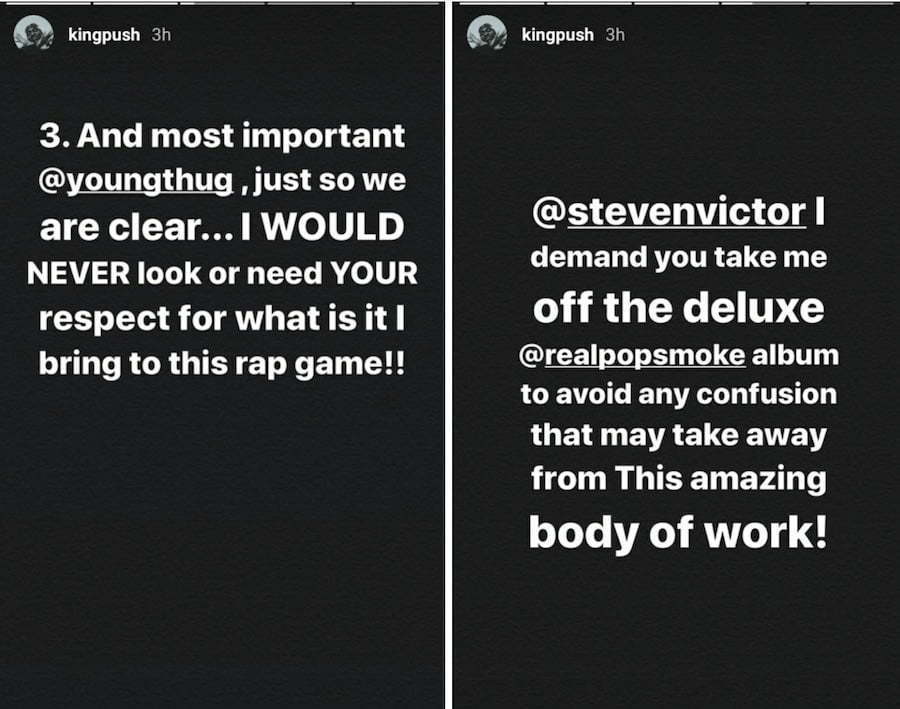 It’s interesting that Young Thug was clueless about the subject of the slander even while clarifying Pusha was still firing shots at Drake. He also ordered Pop Smoke’s manager Steven Victor to remove him from the track “to avoid any confusion that may take away from this amazing body of work!”