Beenie Man was fighting back tears during a hospital visit to see his mom.

The dancehall self-ordained King Beenie Man is disheartened by the state of his ill mother, who is currently in the hospital. The dancehall star asked for hope and prayer when he took to Instagram on Sunday to share a video documenting his visit. Fans were expressed good wishes and prayers under the video that has accumulated almost 100K views already.

In the 13-minute and 27-second video, Beenie Man is clad in a yellow button-up shirt with gold chains as he trods to the hospital grounds to see his mom. He also wears a mask around his nose and mouth in order to be permitted inside due to the ongoing COVID-19 era. “People mi mada ina di hospital and a one a di worst time fi know seh ya guh visit yuh mada ina di hospital when she sick,” Beenie Man stated in the video. He went on to say that it has come to a “serious point” before sharing details on her medical history. “Mi mother get some strokes and she never get over it and she deh ina di hospital.” 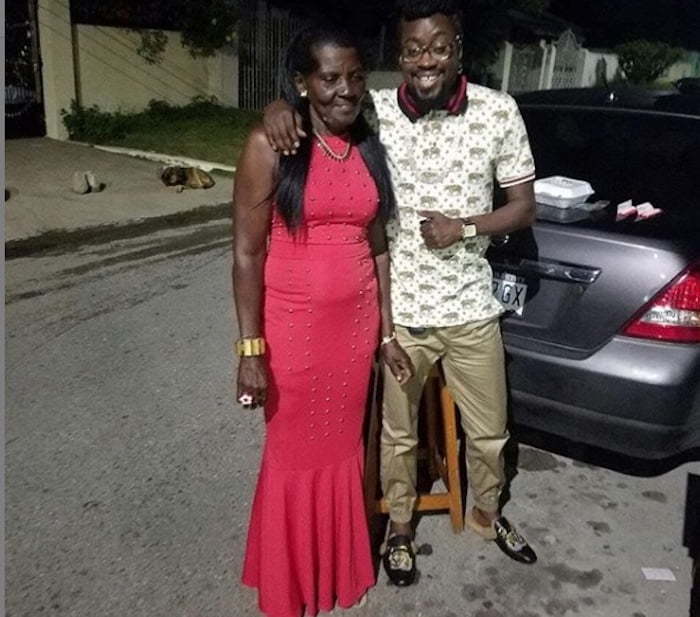 “It’s not a good day, it’s not even a good time for her” he added. When Beenie Man finally arrived at the hospital unit where his mom was staying and got in to see her, he was visibly holding back tears as he held her crown. She reportedly suffered from a series of strokes and appeared to be in serious condition.

Alongside the Instagram video he shared of his visit, Beenie Man wrote, “Mother’s visit at University Hospital of West Indies. #AllPrayerWarriors #AllJahFearingPeople put my mom in your good thoughts. #Blessings.” He received a lot of positive energy from his fans and even other artists. Dancehall veteran Spragga Benz commented, “More strength to mama.”

Singer Wayne Wonder, Jamaican Member of Parliament and former Miss World Lisa Hanna, among others, threw up prayer hand emojis in the comments as well.

#AllPrayerWarriors #AllJahFearingPeople put my mom in your good thoughts. #Blessings. ???