It has now been well over six months since the Chicago rapper Juice WRLD passed away, leaving family, friends, and a huge legion of loving fans. The rapper’s 11.3 million Instagram followers still make it a duty to drop heartfelt messages below posts uploaded to his social media account. The most recent posts uploaded to the late rapper’s Instagram page has officially announced the first posthumous album, fittingly titled, Legends Never Die.

The name of the project is a testament to Juice WRLD’s seemingly timeless legacy, which keeps on flourishing through other posthumously released features, such as his work on Eminem’s “Godzilla.” With the album set to arrive this Friday, July 10, the rapper’s estate has released a touching tribute to the pitfalls of love titled, “Life’s A Mess.” The song, which sees Halsey making a quick feature, has seemingly set a calm pace for the upcoming project. 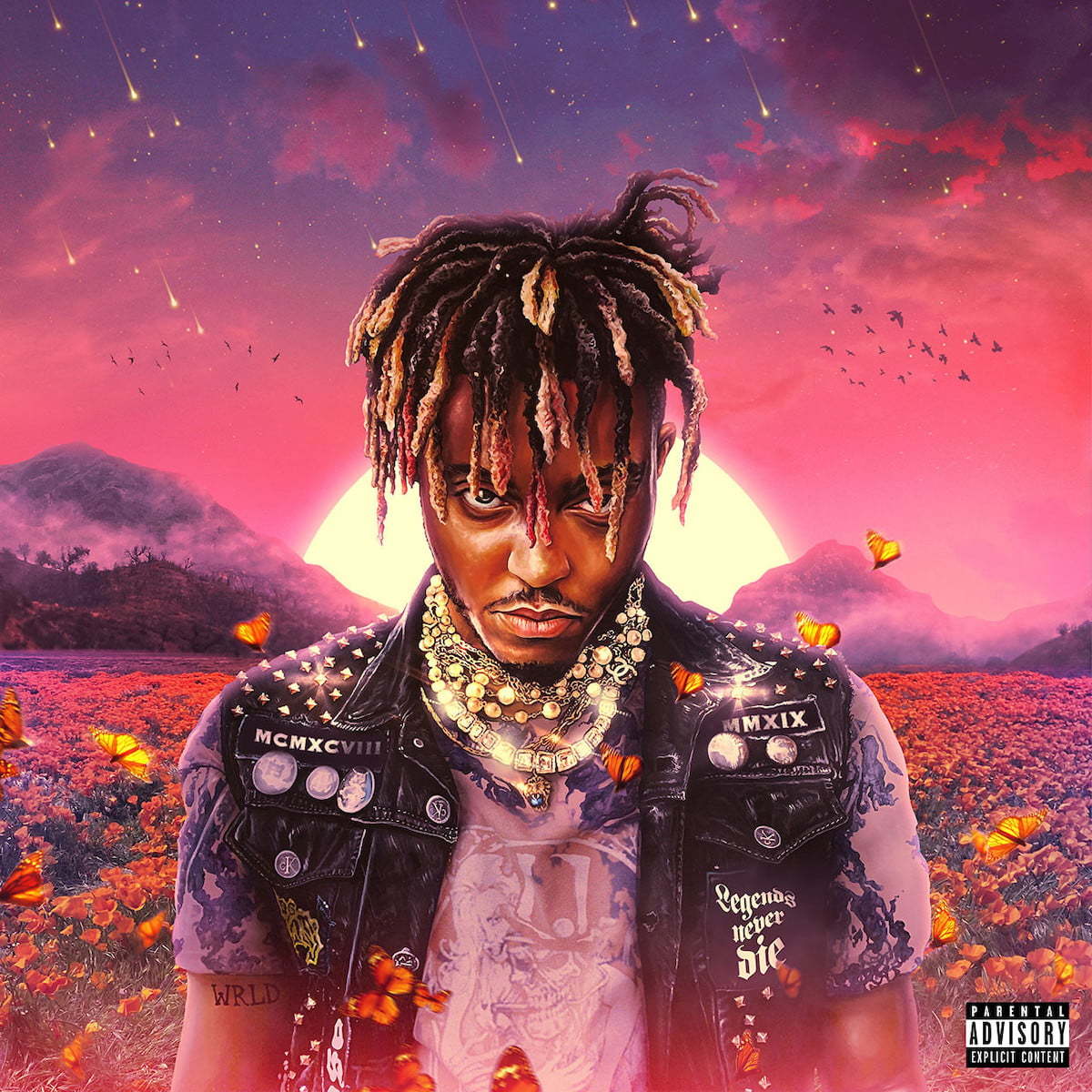 It reads as follows: “This Friday we will be honoring the life and art of Juice WRLD by releasing his album, ‘Legends Never Die’. We feel that this collection of 15 songs best represents the music Juice was in the process of creating,” wrote his estate. “The album shines a light on the collaborators that meant so much to Juice and deeply impacted his musical process. Juice dedicated his music to his fans and, now more than ever, we hope this album brings some reprieve to everyone during these unsettling times. Please join us in celebrating Juice’s life by enjoying this album. Juice’s legacy will live forever; LEGENDS NEVER DIE!”

While the exact tracklist for the album has not been shared, fans are now able to review the official album art for Legends Never Die. The artistically modified piece places an animated image of Juice among a field of flowers populated with luminous butterflies. The mountainous background of the art piece dissects to receive a setting sun, all while stars decent from the heavens above.

Many of the entertainer’s fans took to the comment section to expound on the power of his music. “I don’t know where i’d be or what i’d be doing without this mans music… 999 forever,” mentioned one fan.

“Can’t wait for this album to drop juice always wrote deep bars and they always be playing on my speakers and headphones no matter what if I’m sad or happy juice WRLD always bringing the fire,” mentioned another.

Are you looking forward to the album?