Although her grief is overwhelming, Shenseea is being reminded she’s truly loved and ‘way too blessed.’

Condolences, gifts, and supportive gestures have continued to pour in for the dancehall princess who’s currently mourning the loss of her mom. From Popcaan to Stefflon Don plus the adoring Shenyengs, the outpouring of sympathy in recent days has helped her pull through and push forward despite her sorrow. Images of the “Pon Mi” songstress have been making the rounds on social media after gathering enough strength to make an appearance on her IG Live, thanking her fans for paying their respects and keeping her in their prayers. She also addressed rumors that her mother’s death was a so-called sacrifice for her success and broke down a few times, recounting her mom’s final moments. 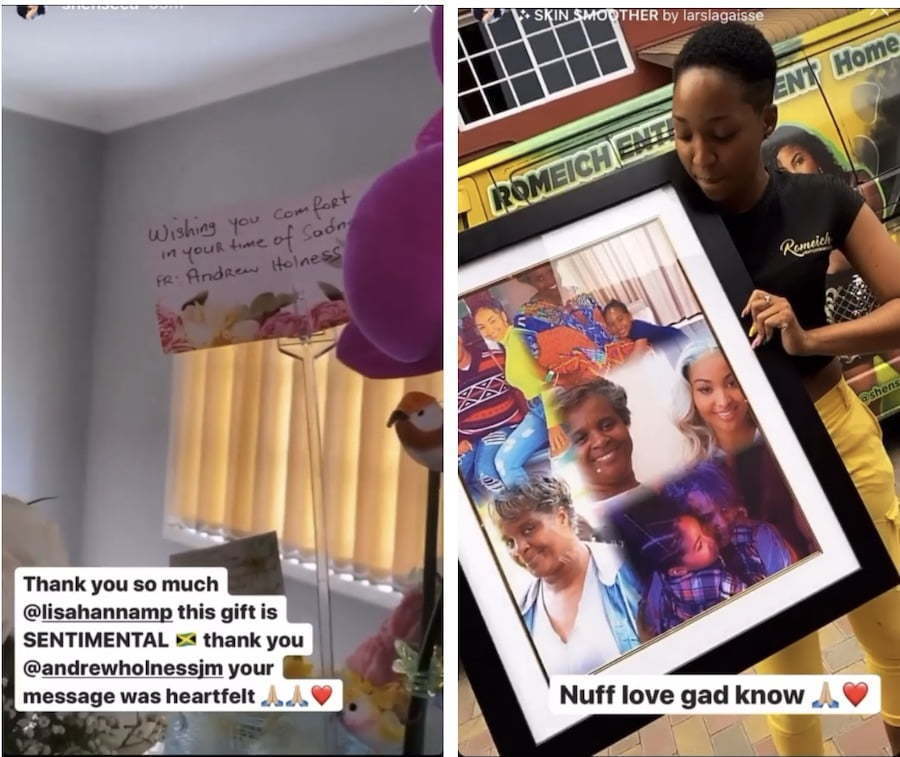 Taking to her Instagram live today, Shenseea appeared to be in better spirits surrounded by friends and a room full of flowers sent to her in solace. Both Prime Minister Andrew Holness and Member of Parliament Lisa Hanna, who are avid social media users, sent tokens to the 23-year-old to help cope with her massive loss. The ‘Loodi’ hitmaker was gifted a lovely purple orchid from the Prime Minister with a card that reads “Wishing you comfort in your time of sadness.”

Ms. Hanna’s gift was a sentimental symbol, a young Lignum Vitae plant, Jamaica’s national flower, which translates to “Tree of Life”. She thanked them both for their generosity as well as everyone who sent sweet sentiments with their beautiful bouquets. TV presenter @jadethajem and Romeich Major got her a framed photo collage that almost made her cry and diehard Shenyeng and close friend @whoisbennyanyway sent her a journal to collect her thoughts—“for when your mind starts working overtime,” she wrote. 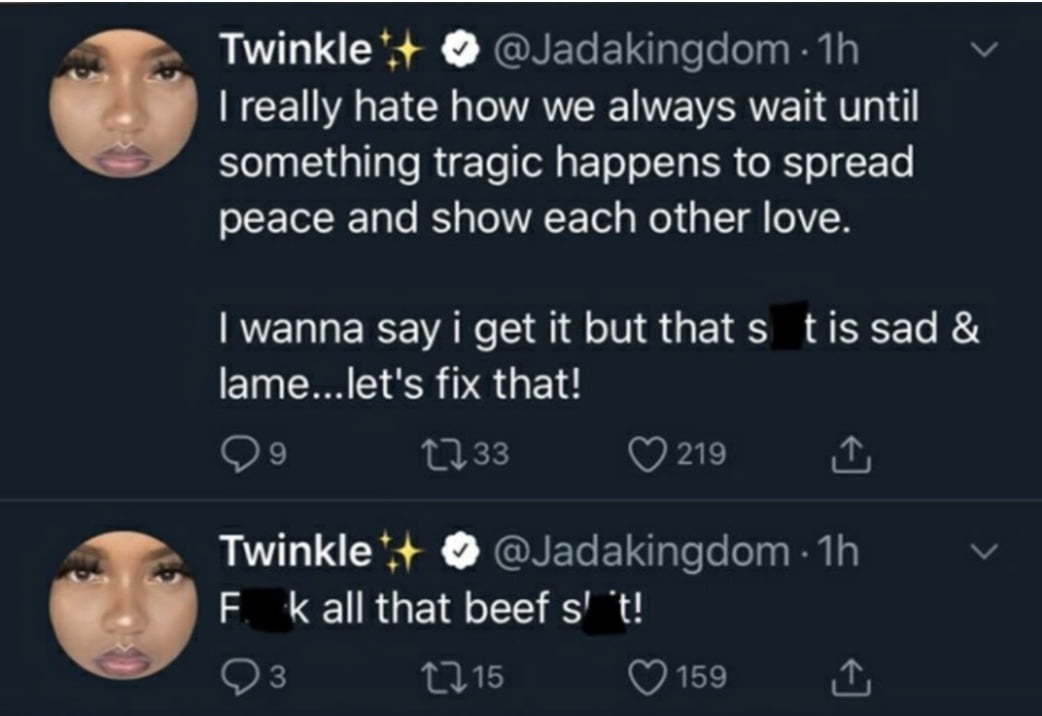 Another kind gesture came in the form of an olive branch from fellow artists and rival Jada Kingdom. Extending her condolences “despite their differences’ and following up with a post proposing a permanent end to the beef, the ‘Heavy’ crooner picked up praise for her handling of the situation at a time when Shenseea, who’s also a mother herself is in need of some positive, powerful reassurance.