Lizzo fans are calling it a total double standard as folks raved over Saweetie chowing down a McGangBang on Instagram Live. COVID-19 has made people creative. With many restaurants having shut their doors to customers amid quarantine regulations, foodies have taken it upon themselves to recreate some of their fast food classics. Take case in point: Saweetie. The “My Type” singer constructed what has been termed a “McDonald’s McGangBang,” which includes two beef burger patties, as well as a McChicken burger. Saweetie danced in her kitchen as she shared the building of her triple-decker sandwich on Instagram Live while asking fans for advice on just how the components should go down.

Once the gigantic burger had been assembled, the 26-year-old drizzled it with sauce and topped it with McD’s famous fries. Based on her reaction, the time spent constructing the item was well-worth it taste-wise. “It tastes like heaven in between two clouds,” she quipped. 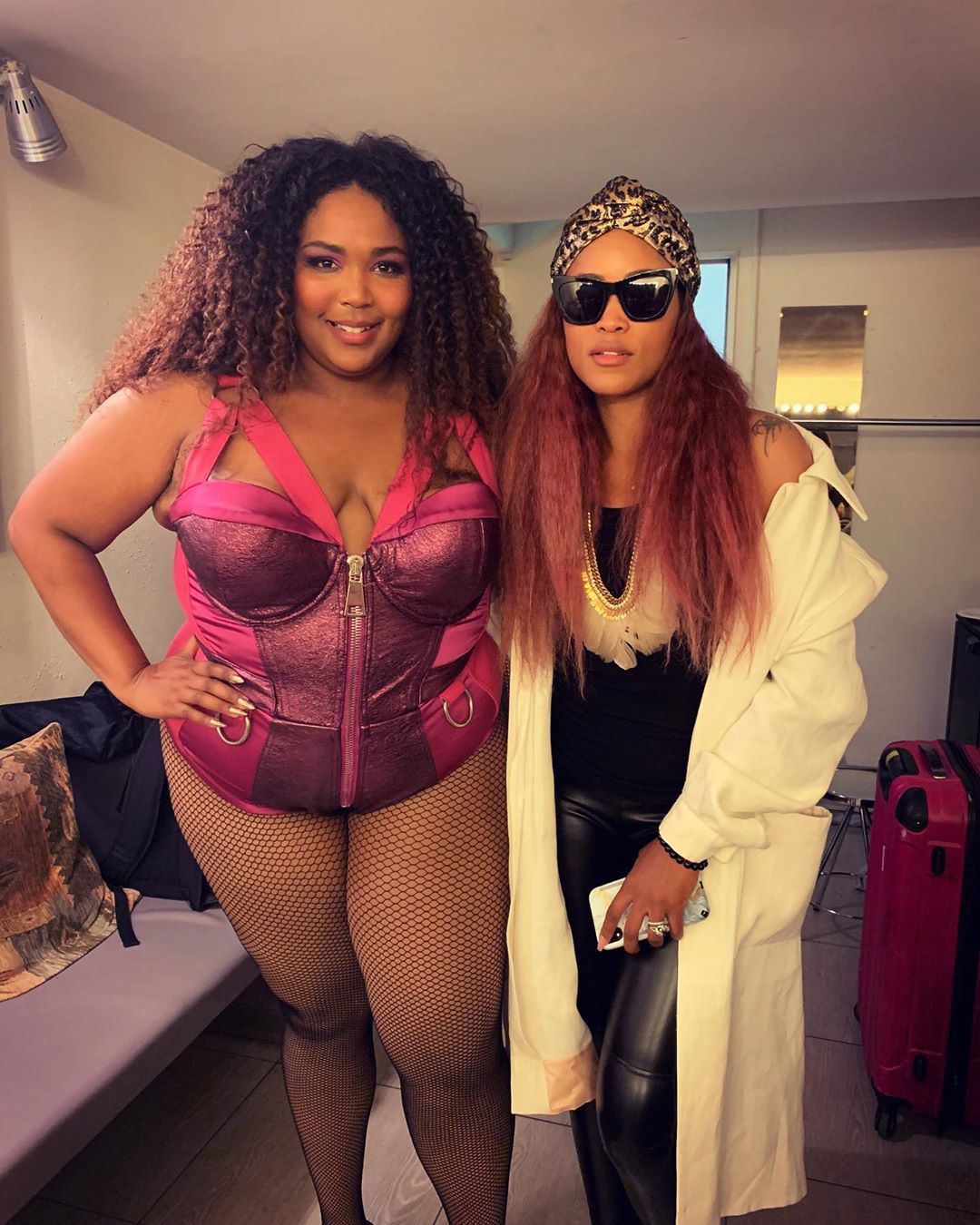 While the majority of IG drooled along, others couldn’t help themselves when it came to noting how unhealthy Saweetie’s (happy) meal was. They also dragged Quavo’s girlfriend for making it seem “cute and quirky” for consuming such a calorie-loaded concoction while pointing out that the reaction would have been totally different had she been a heavier weight or larger size. It was at this point that Saweetie began being compared to Lizzo, who has often had to deal with degrading remarks about her weight and unsolicited advice from strangers who think they know better about her health. “Let’s see: Lizzo stays getting body shamed 24/7 even when she’s vegan, works out and promotes body positivity,” read one Twitter comment. “Saweetie here is basically showing off an unhealthy trait with this sandwich. I see a double standard.”

Lizzo recently released a TikTok video in which she revealed her workout routine of skipping, doing pop jumps, and riding an exercise bike. “Next time you want to come to somebody and judge them, whether they drink kale smoothies or eat McDonald’s or workout or not workout,” Lizzo said. “How about you look at your own f***ing self, and worry about your own goddamn body, because health is not just determined on what you look like on the outside.”

It’s clear that Saweetie just wanted to enjoy her McGangBang while jamming to some slow jams, and Lizzo just wants to continue to be herself and live her best life. Cancel culture, on the other hand, will continue to do what they do best.