Ammika Harris shares this sweet moment with Chris Brown in the delivery room while she gave birth.

Chris Brown must have been a mixture of scared yet overjoyed on November 20, 2019 when he and Ammika Harris welcomed baby Aeko into the world. Not only did Chris get to be by his lady’s side as she brought new life into the world but also was also able to thrill two of his most important fans while he did it.

The model is still cooped up in Germany with baby Aeko, however, she was able to provide Chris a beautiful trip down memory lane for Father’s Day. The popular Instagram model took a break from thirst trapping to let the world in on a secret about what went down while giving birth. The image she shared showed Chris holding her hand during what can be a very painful and daunting ordeal, however, it was the caption where she made the most heartwarming reveal.

“I asked him to play his album during the procedure, because I didn’t want to hear the sound of the tools,” she confessed before shouting out “happy Father’s Day baby!” 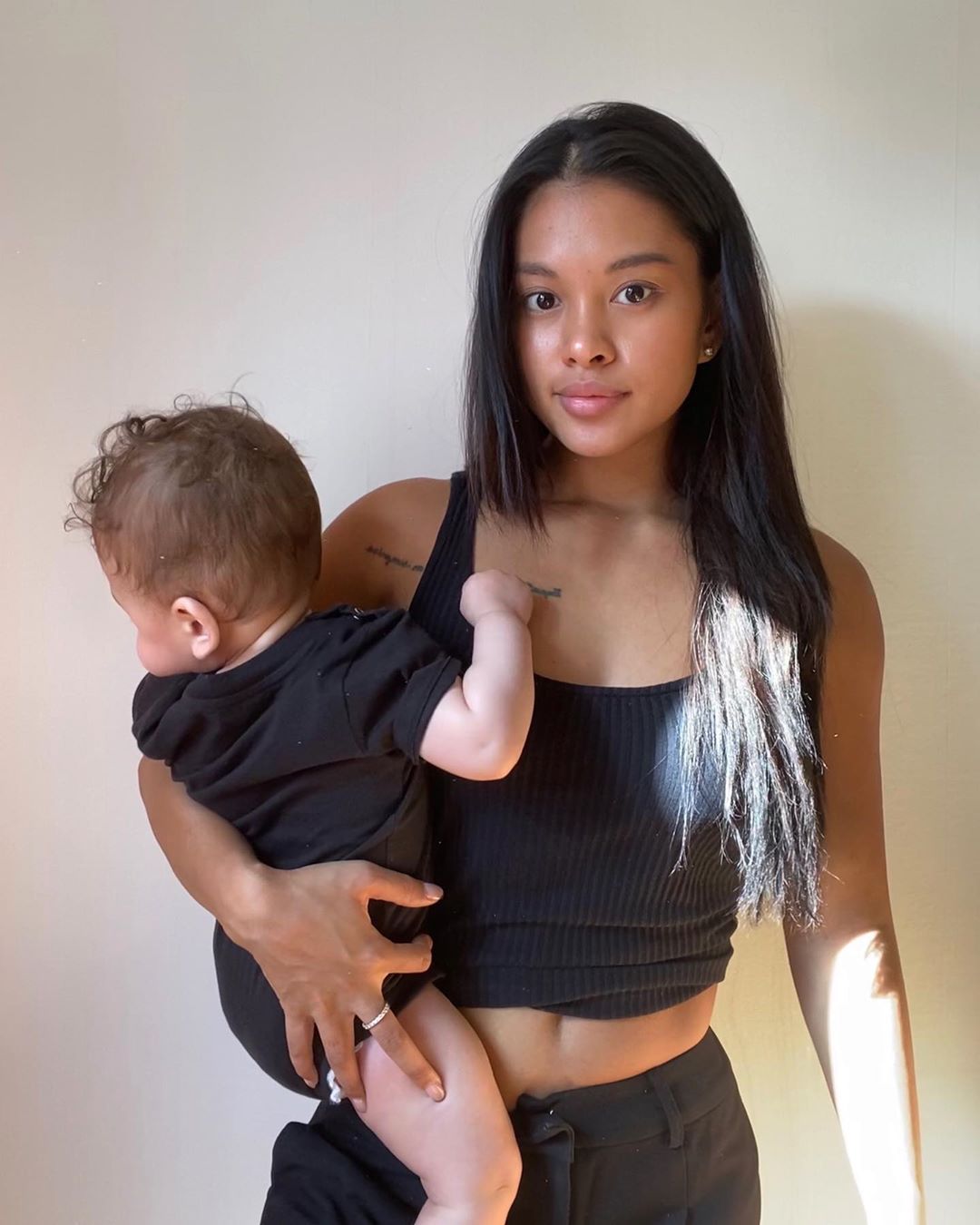 While comments were disabled below the video, a like count reaching over 236,000 was enough to show that it also made for a very moving moment for fans.

Ammika regularly shares breathtaking photos to Instagram. Some are of baby Aeko, some are to showcase her beautifully restored body, and others are a combination of them both.

In one recent upload, she shared an adorable clip of Aeko playing with a blue toy monkey. “him and his beloved little monkey,” Harris captioned the video.

Just a day before, she shared another image with baby Aeko clutched to her side, and even went on to identify him as the reason she hasn’t been applying any makeup.

“Holding my excuse for not wearing make up. AND FOR ALOT of OTHER THINGS.” she joked. However, the fans came to her support and reminded her that she is still a beauty without makeup.

The model seems to be enjoying her life with her new blonde “Prince Charming!” However, at least one fan thought that she should go the extra mile and properly secure her other Prince Charming. “PROPOSE TO CHRIS!!!” One fan suggested. Ammika didn’t provide a response to the suggestion.

I asked him to play his album during the procedure, because I didn’t want to hear the sound of the tools.?? happy Father’s Day baby!