A Boogie Wit Da Hoodie says police pulled him over and scared his daughter who was in the back of his car.

American rapper A Boogie wit da Hoodie is sharing some best practices when dealing with law enforcement after being pulled over in New Jersey with his toddler. Parenting today is not like parenting two decades ago, especially for the parents of a child in the black community. With police brutality at an all-time high in this era, these parents have to be prepping their kids for the worst when it comes to a simple traffic stop or routine spot checks. It’s also important for these kids to learn certain mannerisms to avoid coming off as threatening just because of the color of their skin, and it’s an unfortunate stereotype that we hate to perpetuate but still need to protect our children from.

A Boogie wit da Hoodie has a 3-year-old daughter who he says has already formed a negative opinion about the police. However, he says it is his duty as a father to teach her that they’re not all that bad so she does not see them as public enemy number one. The rapper took to Instagram on Thursday to drop some wisdom about how to deal with police encounters as an African American. 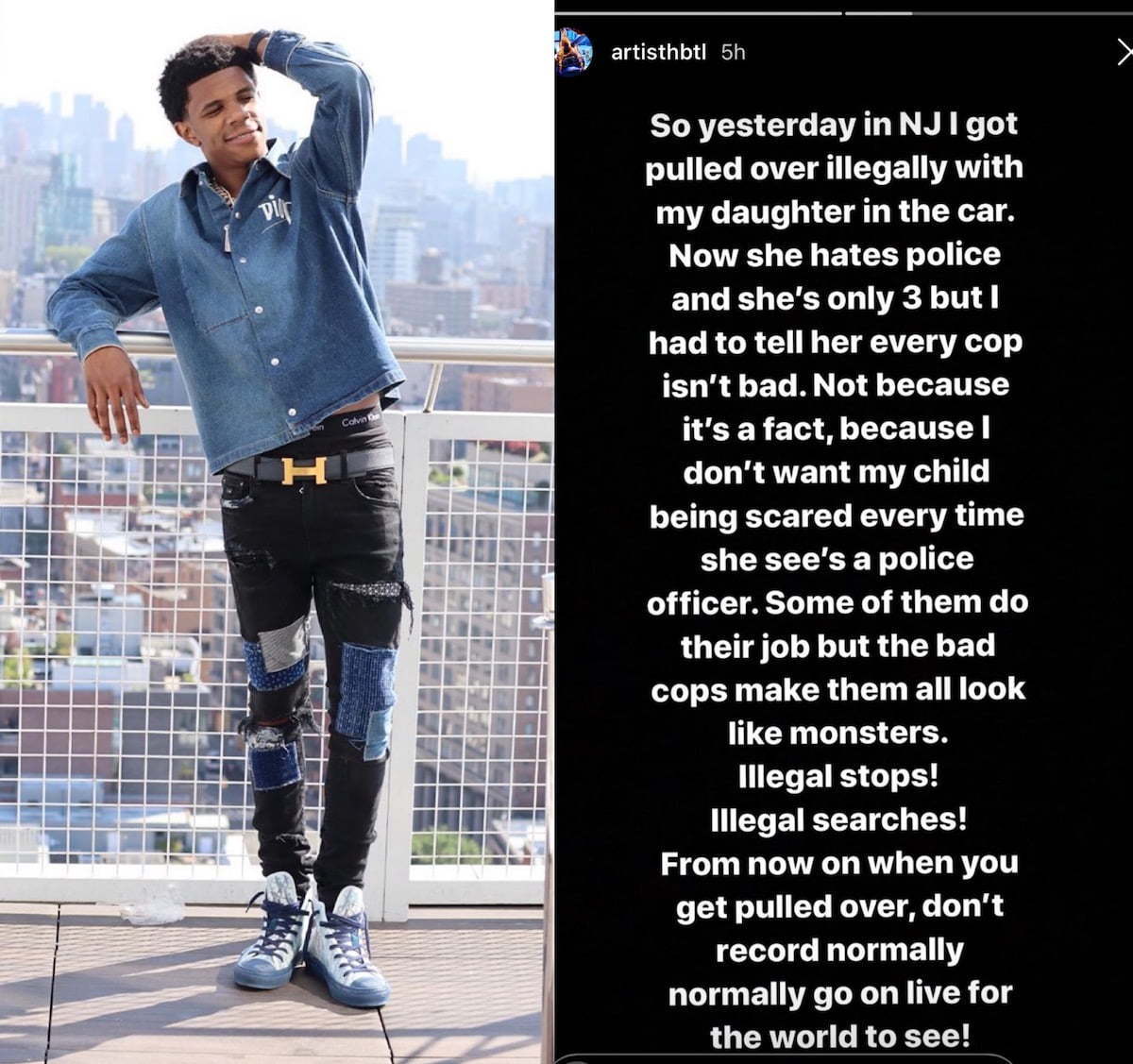 “So yesterday in NJ I got pulled over illegally with my daughter in the car,” he wrote. “Now she hates police and she’s only 3 but I had to tell her every cop isn’t bad. Not because it’s a fact, because I don’t want my child being scared every time she sees a police officer. Some of them do their job but the bad cops make them all look like monsters. Illegal stops! Illegal searches!”

A Boogie wit da Hoodie ended what read like a rant with some useful advice. “From now on when you get pulled over, don’t record normally normally go on live for the world to see!” he added.

It’s sad that a 3-year-old in America already understands the nuances of the police relationship with the black community. However, it’s important for parents to do their part and instill the knowledge that their children need to be armed with for these interactions. The negative connotations associated with cops in the U.S. is enough to drive fear through any child. Let’s keep our kids educated with objectivity and truth, and equipped with awareness so they can navigate the world of social injustices.