It is quite hard for one to go through an entire day and not hear something regarding 50 Cent. He quite possibly has one of the most used social media platforms that Instagram should be paying him for his posts. Recently, word began to spread that he had split from his girlfriend Cuban Link whom he has been dating for over a year. Fans had become used to seeing the couple post numerous videos and photos of each other, constantly taking jabs at each other in what seemed to be a fun-loving and happy relationship.

However, when she suddenly began deleting those very same videos and pictures, fans were suspicious. Many used this as evidence that they had called it quits. The aspiring lawyer then began posting photos of her family, something which she was not able to do for a long time since moving in with 50 during the Coronavirus pandemic. Playing internet detectives, fans used this to close the case, declaring that their relationship was no more. 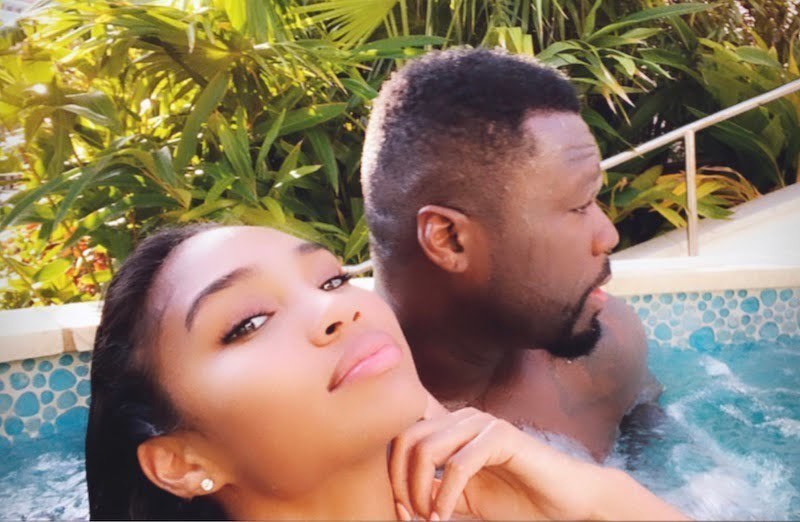 This weekend, however, fans were put to shame as both Fifty and his lady posted new photos and videos declaring the naysayers wrong. They are clearly still in a happy relationship. So much so, that 50 jumped at the opportunity to troll her. Using his Instagram page to share a video of a woman crazily hanging onto a man’s car from the outside while he’s driving, Fifty poked fun at Cuban Link.

Placing himself and Cuban Link in the roles of the individuals in the video he wrote, “if you don’t get off my car @_cuban_link i’m telling ya mother. cut it out, right now! LOL #bransoncognac #lecheminduroi.” Delighting in the humor of the snippet, fans declared that they would never want to be loved that much, that they find themselves in such a situation. Others, however, related to the drama, “At least she’s committed,” one user wrote.

In any case, Cuban Link always fires back at 50 whenever he trolls her so we should be getting a hilarious response in short order. We’re happy to see that she was simply conducting some spring cleaning and the pair are still living lovingly in paradise.