Post Malone shaved his head clean and got himself a skull tattoo.

Post Malone likes to flit between music styles, once saying, “I like everything — metal, old country, hip-hop, funk, and R&B. What I’m not into is boxes. I don’t put people in boxes. There are no genres anymore.” This is evidenced in his songs, which vary from the more rap-like “Better Now” to the mellow “Circles” and more rock-esque “Rockstar.”

Post’s numerous tattoos may place him alongside his fellow hip-hop artists, but the likes of Nirvana, Stevie Ray Vaughn, and Fleet Foxes, who he has previously listed as influences are sure what swayed his long hair look that is often swept up into a man bun. 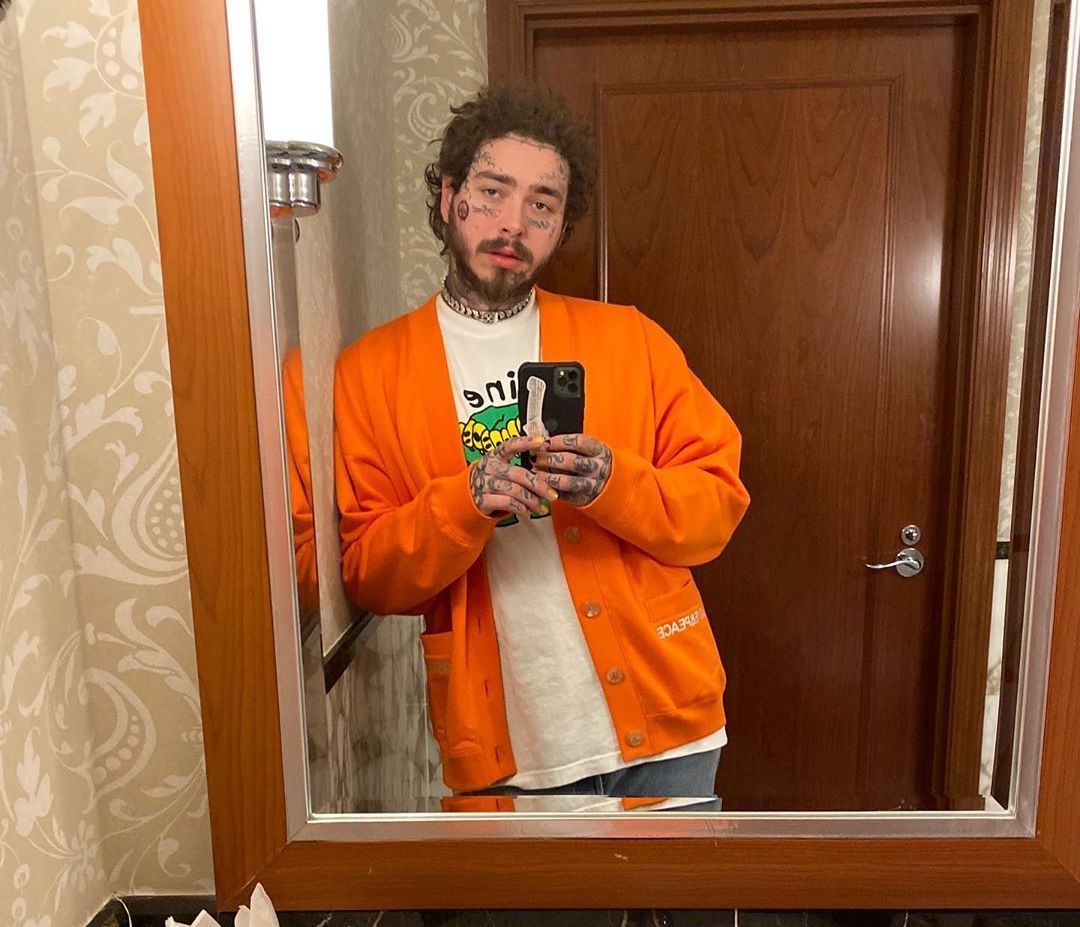 Posty’s tour manager, Adam DeGross, shared the 24-year-old’s new look with the world, and one can clearly see that Post has undergone an experience with the clippers on the lowest setting. Post then confirmed that he had chopped off all his locks in an IG post where he shared pics with fans.

It is possible that the Texas artist made friends with the razor in order to add yet another tattoo to his visage. He has already inked a barbed wire, an axe, a sword, and the words “Always,” “Tired,” and “Stay Away.” He has now added a giant skull to the collection, which sits on the right side of his head. Actor Mark Wahlberg, who starred alongside Posty in the Netflix film Spenser Confidential, has had several of his own tattoos removed and advised the rapper to do the same. Post revealed that his ink comes from a place of insecurity and that he gets tattoos so that he can “have a modicum of self-confidence, when it comes to my appearance.”

I have cut my hair even shorter, also skeletons are cool. Spread your heart as much as you can. A little love goes farther than you think. Stay strong, and keep kicking ass. Love, Austin