Did I-Octane diss Bounty Killer for buying a new Benz?

The two entertainers have seemingly shared a great working relationship over the years and have collaborated at least twice, with 2012’s “Badmind Dem a Pree” and “Double Trouble” following a year later. Therefore, it was pretty strange to see Instagram followers seemingly pitting the two men against each other after concluding that I-Octane is jealous of Bounty Killer’s wealth.

It all started when Bounty Killer posted an image of his new brand new black Mercedes Benz. The Warlord’s caption praised the new beast of a ride and didn’t seem malicious in any way. He wrote, “Mean Machine toll road no old road Grung Plane,” before dropping a plane icon. Many of the deejay’s coworkers, such as Natel, Konshens, Charley Blacks, Chi Ching Ching, Kiprich, and Bling Dawg, all praised the new machine. 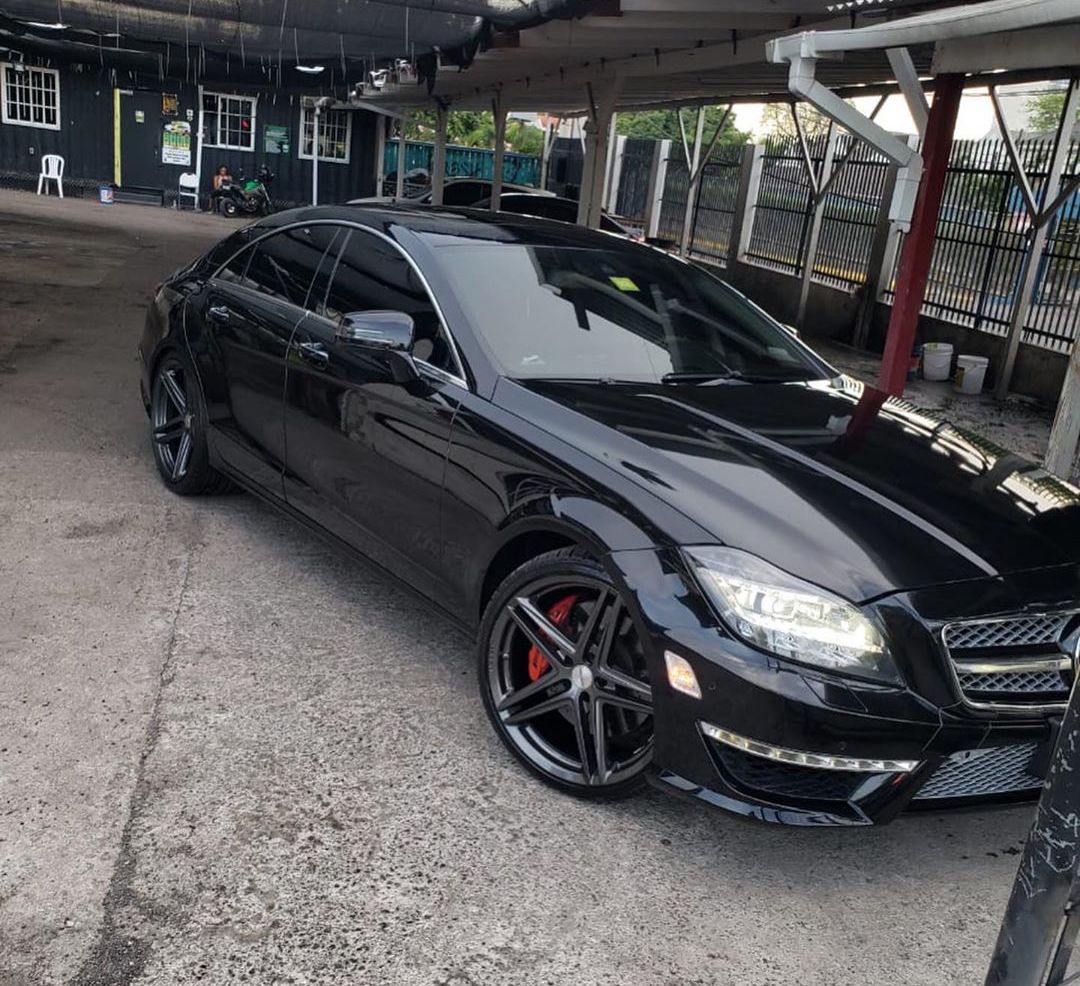 On the same day, I Octane seemingly took to Instagram to gift his fans some much-needed inspiration during these tough times. He decided to share an image of a stack of building blocks which he captioned, “GHETTO YUTES A DIS OVA CAR.” With no physical connection between his and Bounty’s post and no word of a deteriorating friendship between the two, a few followers still took to the comments to concluded that I-Octane was shading the Killer.

The “Banga Phone” deejay seemingly copped a brand new Rolls Royce, which he unveiled on his Instagram page only days before. However, that did not stop IG users from dragging him for the alleged shade.

“Octane always a drop wud pon other artiste a box Killa fi box you in your face thats why Konshens affi rub yo out more while, you is a badmind artiste. After yo see Killa post him big Benz yo start dash wud when Killa a help people build house and buy beds put in a hospital, who Octane a help??,” one man wrote on IG.

Another supporter of the theory added, “Killa pass block stage them man deh own nuff properties let the man enjoy the fruits a him labor now.”

The same fan expressed that Bounty has already built his own house and as even taken it a step further to help others. Bounty Killer Foundation as giving a helping hand to many plights in Jamaica’s society since its inception in 2018. These have included assisting reggae icon Junior Byles, donations to The Kingston Public Hospital, and most recently helped a single mother with supplies to finish her apartment.

“Nothing wrong with buying blocks and buying vehicles at the same time some a unnu one dimentional can only do one thing at a time. Plus Bounty Killer have decades in the business ” said another Bounty Killer supporter.

However, not everyone was in agreement with the theory and heavily contested that Octane had any cruel intentions. “The man is not bad minding anyone. He 8s simply posting his post and you draw to conclusions,” said one fan before another questioned, “So because the man post blocks and caption it as “this over car” itx being badmine?”

“Always dropping, I can honestly say you’re the only artist in Jamaica that push building houses before you buy any another materialistic sh*t,” one fan wrote while another added, “Preach it cause nuff a them ave hype car and live in a them morher bruck down house not even woulda fix it up.”

Go ahead and pick your conclusion. Do you think I Octane was malicious in his intent or was it all just an untimely coincidence?