Marques Houston is pushing back against reports he started dating his now fiance Miya Dickey when she was a minor.

Marques Houston is totally dismissing allegations that his fiancée was not of legal age when they started their affair. In March last year, Miya Dickey broke the news that she was marrying the “All Because of You” singer with a sweet post on Instagram that showed off her gorgeous ring. The pair had reportedly met at a Jehovah’s Witness convention and started off as friends before taking their relationship to the next level. Marques had previously been involved with Marlena Campbell for almost a decade, but not much is known about Miya’s romantic history. In fact, not much is known about her history at all, until now.

Fans certainly raised some eyebrows over the almost 20-year age gap between the lovebirds, but the couple themselves couldn’t seem happier as the bride-to-be even changed her name to “Miyana Houston” on Instagram in anticipation of the big day. 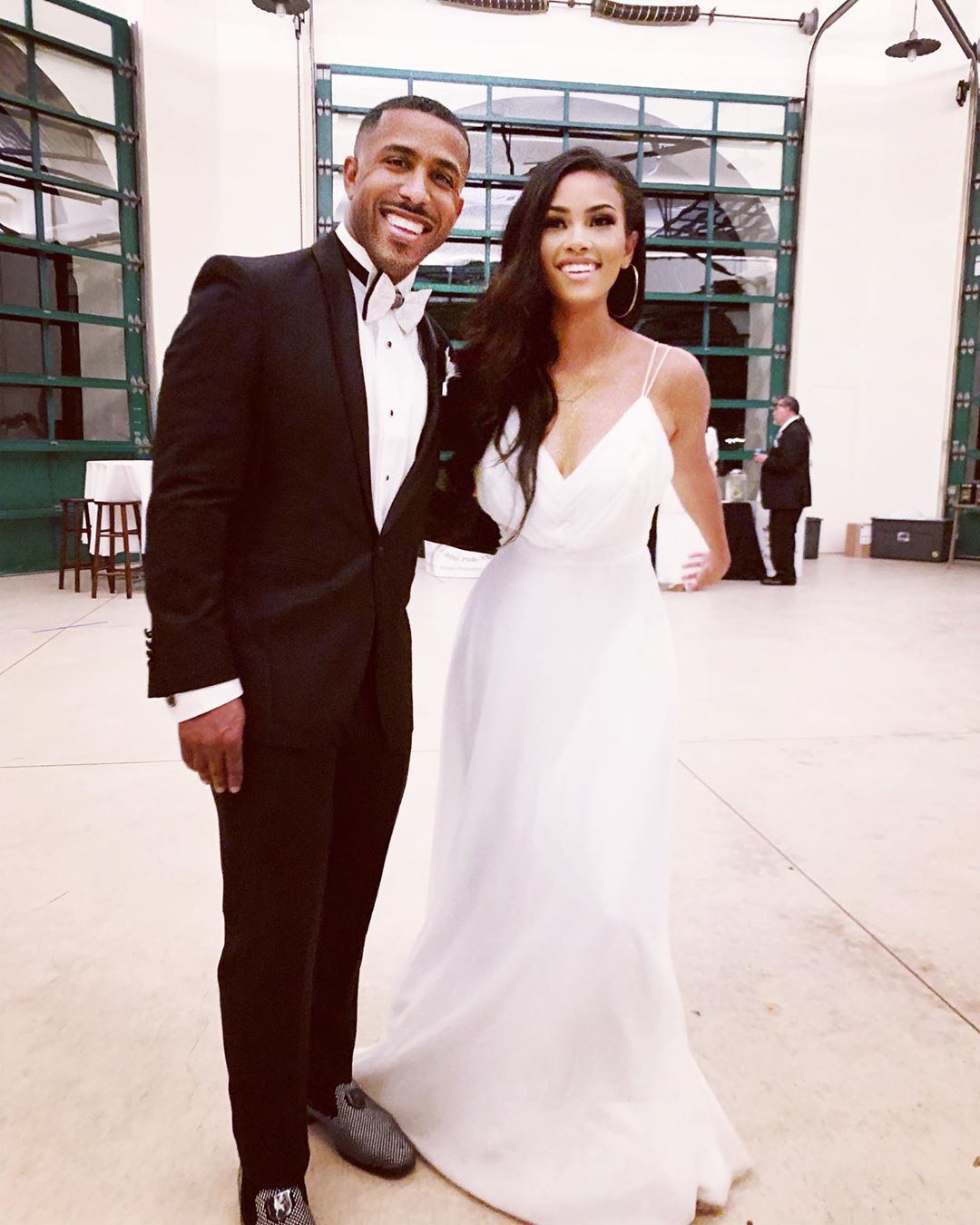 But now, allegations have arisen that not all was above board during their relationship… According to reports, the 19-year-old, who revealed on social media that her middle name was Juanita, could possibly be a teenager from Oregon who went missing four years ago at the age of 15. That would have made her underage when she and the Sister, Sister actor, began their romance.

Miya responded to the allegations by posting the words, “Let people judge you,” on her Instagram, and her fiancé has now had a word of his own. He told his IG followers that he met Miya through a mutual friend in 2018, but that the pair did not begin dating until she was legally an adult. “No one ever gets facts anymore, they just run with ‘stories’, but hey, I guess it comes with the territory,” the 38-year-old wrote. “So to all the rumours about me, none of it is true!”

Marques Houston further stated that everyone who he is close to loves Miya and that people should rather focus on other, more important issues at this time.

With all that’s going on in the world, my love life shouldn’t be a topic. But since it is let me just give y’all the facts so you don’t have to “allegedly” believe or create rumors. After reading the Blog that was published about my fiancé and I, I felt with this situation I needed to speak because this is not music or television, this is my family, my future wife and my life. I met Miya in 2018 through a mutual friend. Never before then, did I even know she existed. The fact that she was listed on one of our films was a misprint or someone being messy. Anyone can post on IMDB. And there’s no way someone that young could even work on a film set in the position of Art Directer because that position requires years of experience. Miya is like a daughter to Chris Stokes because we are all like family. Being a Jehovah’s Witness, we all showcase true love like family. That’s it. Chris’ real daughter, Chrissy Morales became friends with Miya in 2018, where we all first met Miya at a Jehovah’s Witness convention. It was then that Chrissy and Miya became friends. Miya and I didn’t start dating until she was an adult. We fell in love and got engaged in March of 2019. My dad Michael loves her, and the people I am closest to all love her as well. Most importantly we have Jehovahs blessing ? There is so much more to be concerned about in the world, than creating rumors about me. No one ever gets facts anymore, they just run with “stories”, but hey, I guess it comes with the territory ?????. So to all the rumors about me, none of it is true! And that’s the story. No twists, no turns, no scandals, just true love. There is nothing that can come to light, because there’s no darkness in my life. You wanted the truth. I don’t have anything to hide, so if you’re waiting for something else, you will be waiting for ever. Please people focus on staying safe through this pandemic. And continue fighting for what you believe in, as long as it is true justice, and the fight is with love, not hate, because we all matter to God ?? and I put God first in all things. I love all who support me and thank you. I won’t let you down. I love y’all! Peace and Love, MH.