Popcaan has the most hilarious response to his sister, Unruly Squid, joking about joining OnlyFans.

Sadly, the world underwent a global lockdown as a result of the steps taken to flatten the curve from the coronavirus pandemic. Countries are slowly getting back to the shape they once had. However, it seems the entertainment industry the last to bounce back from the almost 4-month halt. The pause in public happenings has ultimately forced many persons in the entertainment fraternity to discover and adopt new ways of staying entertained, new ways to entertain their fans, and above all, other ways to secure the bag. 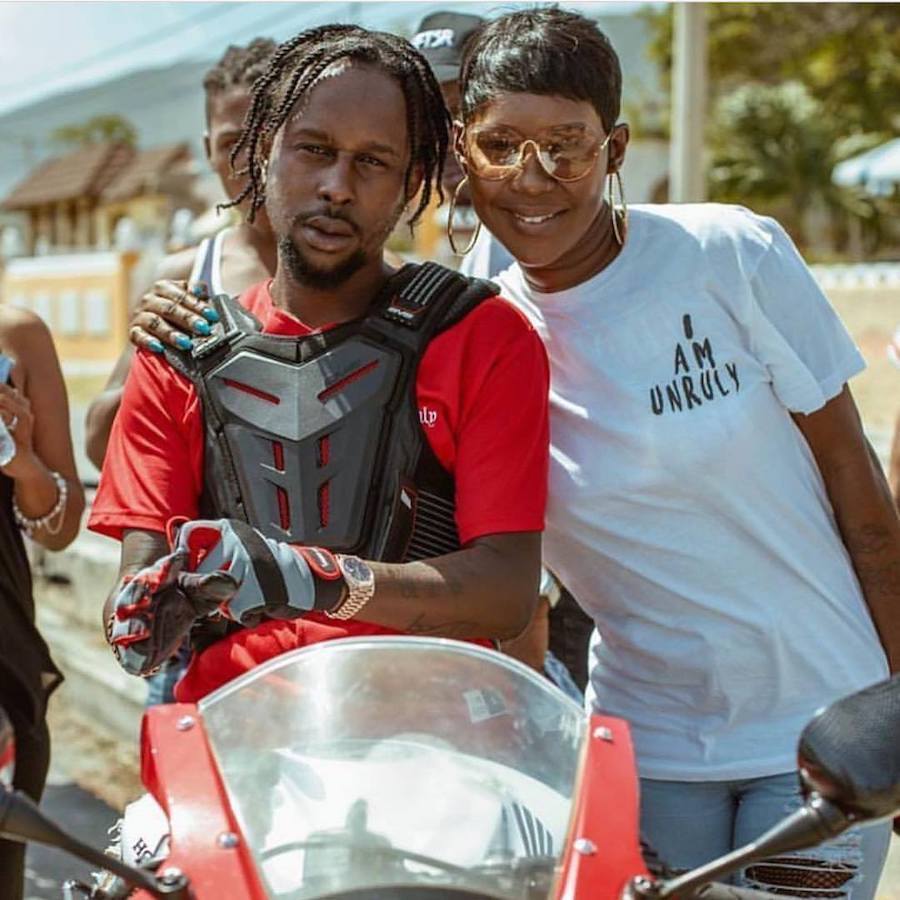 In a truly scintillating and provocative Instagram post where she served up black lingerie, an army themed shorts and legs for days weeks, she joked about starting an account on the platform. “Entertainment business nah keep me a go join onlyfans yaah man!” she wrote, followed by a couple laughing emoticons.

Popcaan couldn’t help but question his younger sister’s motive. “what is this,” he jokingly asked meanwhile tagging another Unruly member to the post. Squid joined the fun in the comments and replied to Popcaan, asking him to give her a bit of space. She wrote, “pops Lowe mi nuh cho!!!!” You could tell that the comments were quite sarcastic in nature and were said for the fun of it.

It should be noted that the image does bring across that sense of mystery that would make it perfect for the platform. Quite a few of her fans were of the same view, with many already pledging monetary compensation for the racy photo.

Another follower was curious about what NotNice, with whom she has a son, felt about the image. “Wait deh whe notnice say bout this ????,” the operator at Sleek Dancehall asked. Squid hit back with a confident, “he said it’s ok for me to post it,” before dropping a few rolling eyes emoticons.

The female Sutherland, who has come into favor with the likes of Rihanna and Drake, would not be the only entertainer to hop unto the OnlyFans platform. A few weeks ago Ishawna announced that she was giving the website a try. The singer even dedicated a new song titled, “Only Fans” to the new movement.

Only time will tell if Squid actually joins the platform.