Gucci Mane is all about thick girls as his beautiful Jamaican wife Keyshia Ka’oir flaunts her booty on the Gram.

There is no question that Gucci Mane is head over heels about his wife. It cannot be denied that Keyshia Ka’oir is brilliant and accomplished as she established her own cosmetics company, but one other reason she managed to claim Gucci’s heart may have had to do with her voluptuous behind. The pair got married in October 2017 after Gucci proposed after he had performed at an Atlanta Hawks basketball game the November before.

The proposal took place on the stadium’s kiss cam, with the “She Miss Me” rapper whipping out a gigantic diamond ring. In the lead-up to their big day, Gucci Mane and Keyshia Ka’oir starred on the BET reality series, The Mane Event, with the network also paying for their Miami wedding. 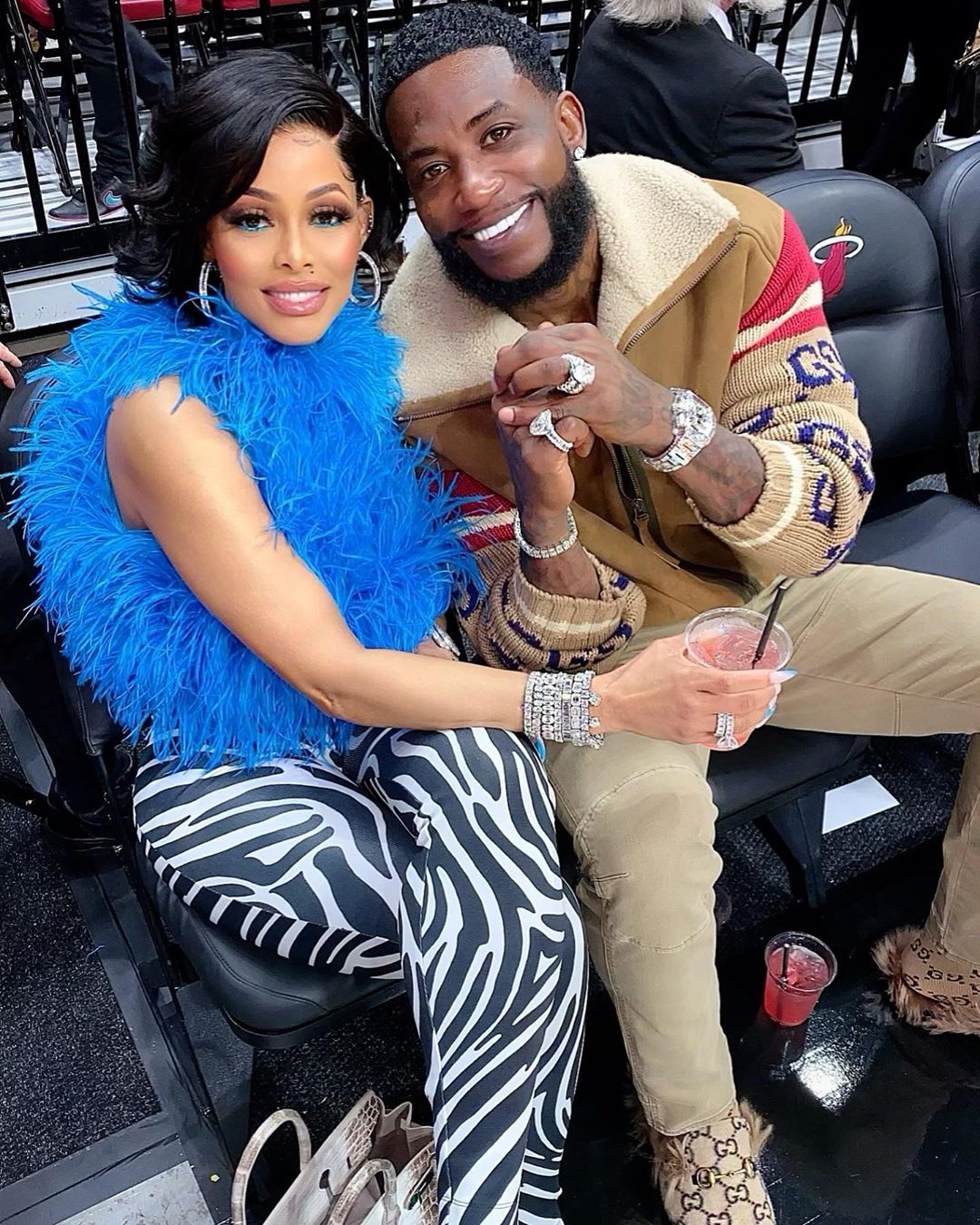 One of the Georgia artist’s most recent songs is “Big Booty” which he put out last year with Megan Thee Stallion. “She’s a big booty b**** showing ass and cheeks (Yeah) / She’s a walking bag of money, she’s a masterpiece,” he raps on the track, which confirms his love for ladies who are packing in the derrière department.

In his latest Instagram post, Gucci Mane quoted another line from the track which featured as the second single from his fourteenth studio album, “Woptober II”. “Tell them skinny girls to point me where da thick girls at,” he wrote as the caption alongside a photo of himself as Keyshia standing in front of his turquoise vehicle. While the whip is impressive, all eyes are on the entrepreneur and the booty she is clearly putting on display in her jeans that almost appear as if they’ve been painted on.

Seeing as the 40-year-old is laughing in the pic, and his wife has a massive grin, it seems Gucci is all good with his wife’s thickness.

Tell them skinny girls to point me where da thick girls ? at @keyshiakaoir ? ? ?