Meek Mill’s latest trackways meant to be a collaboration with Nipsey Hussle.

It may feel like “Otherside of America” was written right now considering how aptly the song’s content fits the current situation going on in the States. For the past two weeks, protests have been underway as the country aims to address the inequality and racism in the wake of George Floyd’s death by a white police officer. Meek Mill’s track opens with an address that US President, Donald Trump, made to the African-American community during a rally in 2016, elaborating on what it’s like being black in the US based on his upbringing in a rough neighborhood.

Although the single dropped last week, the “Going Bad” rapper has revealed that it has been on his mind for quite a while as he had intended to record it with Nipsey Hussle. The posthumous Grammy Award winner died in March last year following a shooting in broad daylight outside of his clothing store in South LA. Authorities believe that the incident, carried out by a single gunman, had been personally motivated. 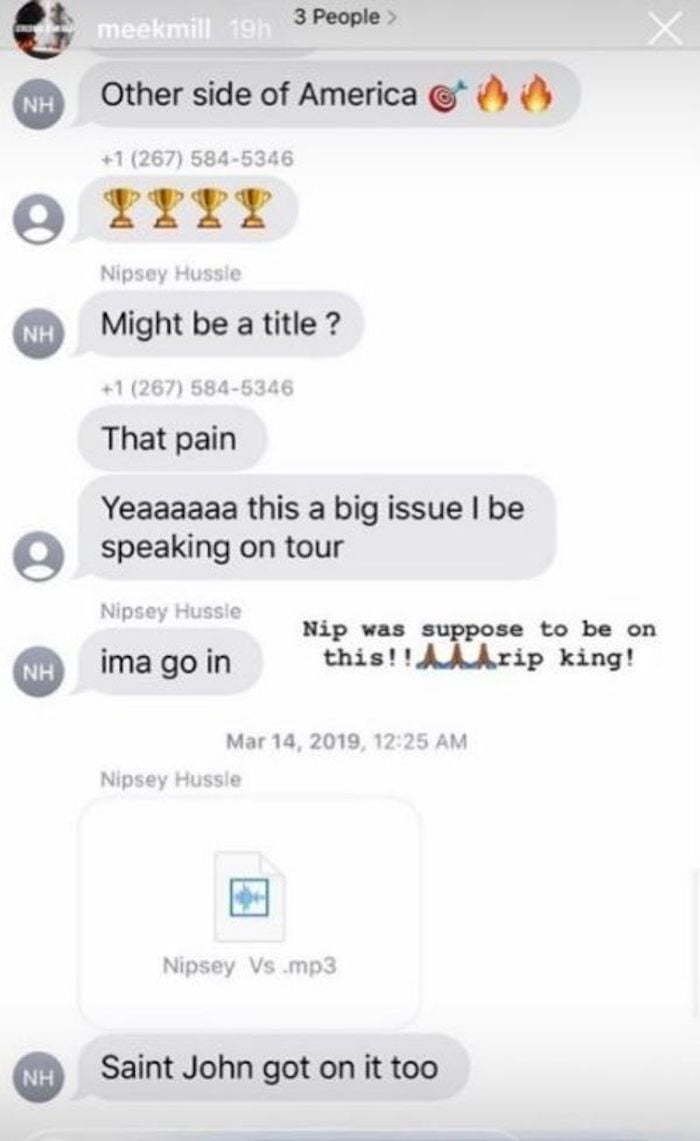 Meek Mill has now shared a text exchange that the two had just prior to Nipsey’s death in which the “Victory Lap” rapper replied, “Ima go in” on the subject of “Otherside of America.” “Nip was supposed to be on this,” Meek wrote on a screenshot of their chat. It is likely that the track would have featured as part of the joint album they had been working on.

Many would agree that “Otherside of America” is an important and timely song, but Meek Mill’s nemesis, Tekashi 6ix9ine, disagrees. The “GOOBA” rapper accused the father of three of trying to capitalize on George Floyd’s death and declared that he should rather be joining a march similar to what Kanye West did, as opposed to releasing new music.