Amid the worldwide riots and outrage over the painful killing of George Floyd by police officers in Minneapolis, Trey Songz releases a moving and invoking anthem to enlighten all on the struggles of black people. Never before have we seen the entire world united over the same cause. The killing of George Floyd has resulted in riots and protests in all 50 American states as well as other countries such as New Zealand, England, France, and African and Caribbean countries.

The world is chanting #BlackLivesMatter, and many are now listening. For centuries racism has been a very prominent and sensitive issue, and one would think in today’s world that it is no longer prevalent. However, that is not the case for many African Americans being gunned down daily by police officers. So many have lost their lives and no justice has been seen.

Celebs are now using their platforms to invoke change, and many have donated to the charities supporting the black community, George’s family, and have pledged to pay the bails of protestors who get arrested. Many celebs have also personally taken part in protests such as Kanye West, J.Cole, Spice, Kevin Hart, and Trey Songz. Trigga, however, has gone a step further and has given us all an anthem to convey how we are all feeling in these grave times. 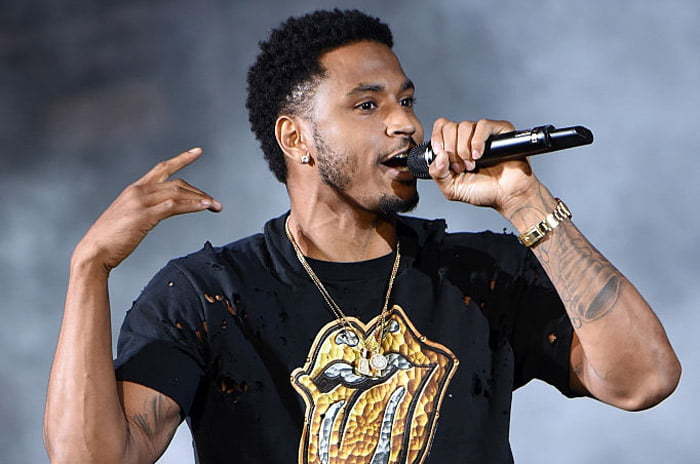 The moving release embodies elements of gospel music and even uses a choir to comment on the unjust killings of Ahmaud Arbery and Breonna Taylor (“All these beautiful precious black lives lost in the name of senseless white pride.” He continues, “You talkin’ about the city on fire / Where your rage when my people died?”).

Trey Songz shared the core melody of the piece on Dj D-Nice’s Instagram LIVE session, where he also spoke about his feelings on the situation.

“Three or four nights ago I woke up in the middle of my sleep…I couldn’t sleep,” he said. “My chest was hurting. I got up and called my producer, Troy Taylor and I said ‘We’ve got to make music that really touches the soul, that really addresses what the world is feeling right now. Especially our people.’ So we came up with ‘2020 Riots: How Many Times.'”

He continued, “With the words in this song I just wanted to speak to everyone’s hearts and acknowledge the pain and anguish everyone is going through right now. I know this ain’t usually my message and you’re not used to hearing this from me, but this is the person I’ve always been.”

Proceeds from the release will help to fund the Black Lives Matter and the Community Justice Exchange’s National Bail Fund Network.