Joseline Hernandez reveals that Stevie J got two black eyes from his alleged fight with his wife, Faith Evans

If you took a look at Stevie J’s Instagram account, you’d be convinced that he was in a loving partnership with his wife, Faith Evans. The music producer and the “I’ll Be Missing You” singer had been in each other’s friend circle for around 20 years but eventually decided to take a romantic step and tied the knot in 2018. Now it seems there is trouble in paradise after Faith was arrested for allegedly attacking Stevie J at their home during a domestic dispute.

On Tuesday, Stevie J posted a video on his Instagram in which he spoke about the power of living positively and loving your partner. “If you woke up next to your significant other, give them a kiss and tell them you love them every morning. Make love every morning. Have fun every morning,” he said. The advice would have been sound had it not come following a domestic dispute over the weekend. 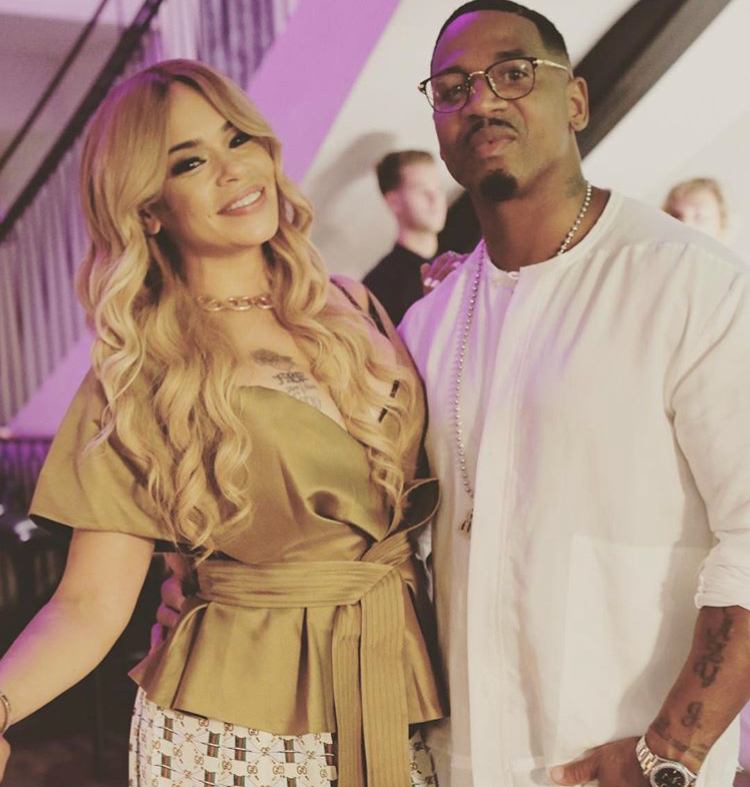 Police were called to the couple’s Los Angeles home in the early hours of the morning last week after an argument turned violent. Officers discovered visible marks and scratches on Stevie J’s face. Faith Evans was subsequently taken into custody on a charge of felony domestic violence. She was released on bond the following day.

Now that Stevie has shared his sunshiny views on IG, making it seem like all is well in paradise with his wife, his ex, Joseline Hernandez, has gone and popped up in the comments, calling him out for alleged black eyes.

“Make love Not 2 black eyes,” wrote Joseline Hernandez wrote. “I seen the other day on FaceTime.” The reality star and Stevie’s relationship was featured on Love & Hip Hop: Atlanta and the pair are parents to 3-year-old Bonnie Bella.

Faith Evans and Stevie J have constantly denied reports of marital woes, with this IG clip just seeming like their latest attempt to do damage control.

#PressPlay: #StevieJ coming through with a message as he shares some positive vibes!!