Alexis Skyy has denied that she got into a fight with Ari Fletcher.

Rumors came in hot and fierce last night that the two women had been involved in a brawl. There was no hand-flapping, according to reports which claimed that the weapons of choice were a gun and a knife. No video exists of the alleged showdown, nor were there any witnesses that we know of, which made the allegations slightly suspicious even though the ladies do have history. In February, Alexis Skyy got on Ari Fletcher’s bad side after a post went viral of the pair rocking similar nails went viral on social media, and the “Love & Hip Hop” star responded.

“You b****es .. are weird af I’m in my own lane I don’t hate on no one all these trolls tagging me in s*^* saying I’m trying be like this person,” she tweeted. “I can do wtf I want with my hair nails clothes.” A few weeks later, the women were both booked to host at the same Florida strip club where a war of words ensued. 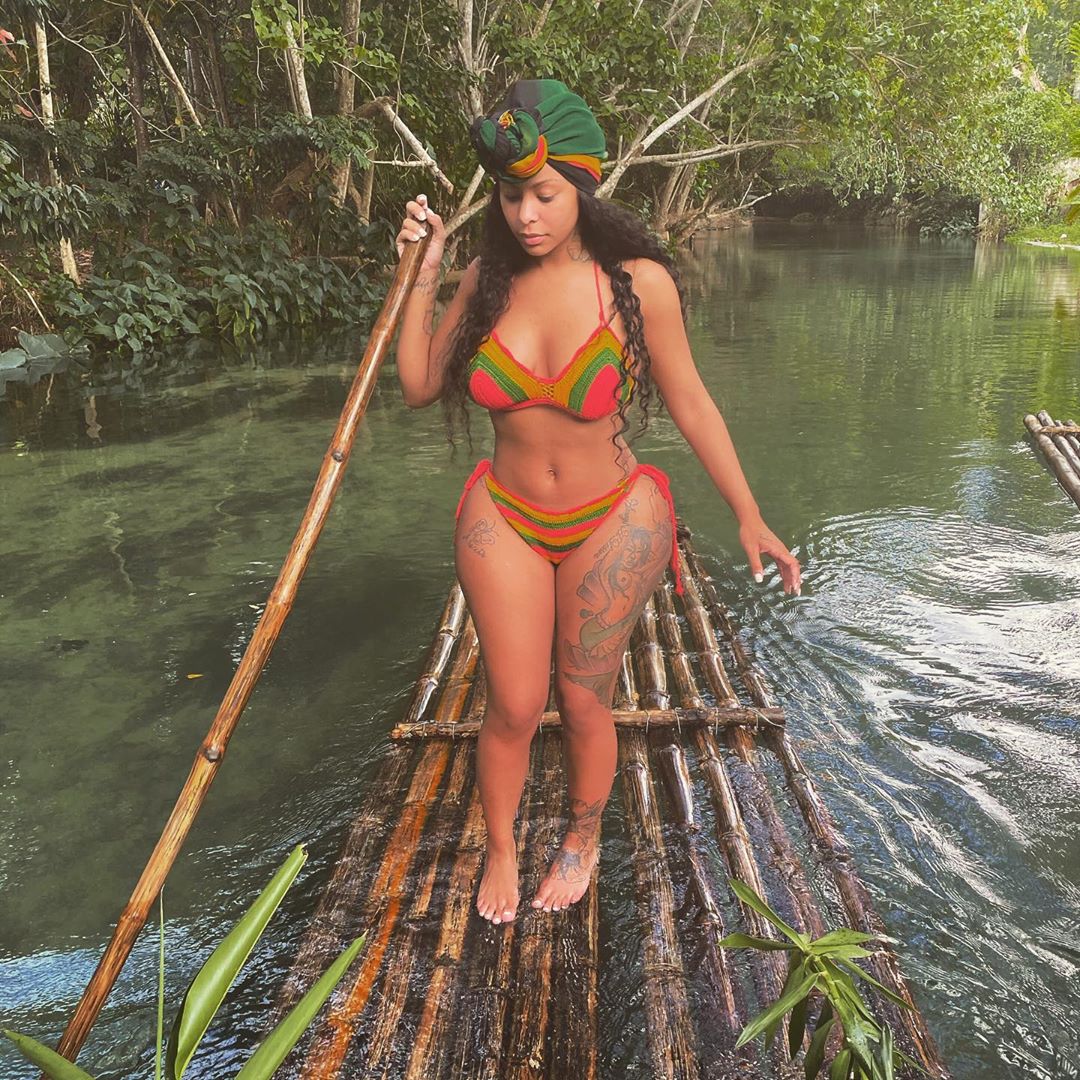 Many on social media wanted to know where the video of last night’s supposed fight was, with some deeming it ghetto that grown women were behaving this way rather than sorting out their differences maturely. In response, Alexis has now declared that nothing of the sort took place. “What is everyone talking about I woke up to some false news,” the 25-year-old wrote on her Instagram Story.

These days, Miss Skyy appears to be focusing her time on her 2-year-old daughter, whom she shares with rapper Fetty Wap. Born prematurely with hydrocephalus that is an increased amount of fluid in the brain, Alaiya Grace recently tried — and adorably failed — the Fruit Snack Challenge, which her mom shared on the ‘gram. Alexis Skyy has described her toddler as a “fighter” who motivates her every day in her Hollywood Unlocked interview with Jason Lee, so perhaps she is leaving the fighting to Alaiya.

Well, #AlexisSkyy responds to the rumors of her allegedly getting into an altercation with #AriFletcher!